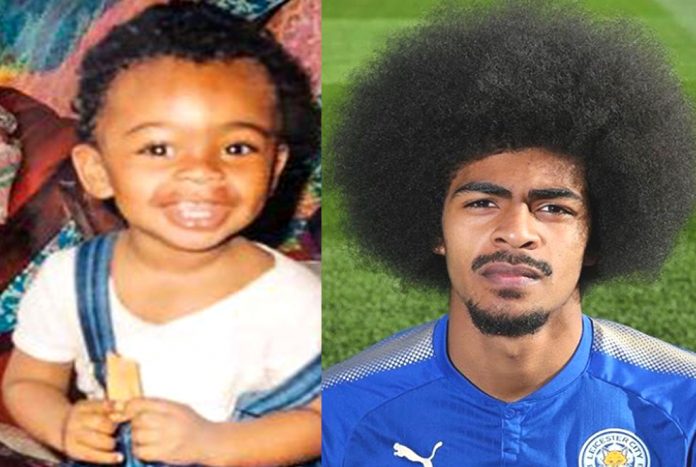 LB presents the Full Story of a Football Genius who is best known by the name “Choudhury”. Our Hamza Choudhury Childhood Story plus Untold Biography Facts brings to you a full account of notable events from his childhood time to date.

Yes, everyone knows he is a dynamic defensive midfielder, one whose superb afro makes Marouane Fellaini’s effort look amateurish. However, only a few consider Hamza Choudhury’s Biography, which is quite interesting. Now, without further ado, let’s begin.

Hamza Dewan Choudhury was born on the 1st day of October 1997 to his mother, Rafia Dewan Chowdhury in Loughborough, a town in Leicestershire, United Kingdom.

Below is a photo of Hamza with his mum Rafia and stepdad Dewan Murshid Chowdhury, who according to a source are relatives thanks to Bangladesh culture.

As regards his origin, Hamza is of a mixed Caribbean and Bangladeshi descent. According to SportsOnly, his mum hails from Habiganj in Bangladesh while his real dad is from the Caribbean country of Grenadian.

Hamza had both Asian and Caribbean upbringing thanks to his parents who hails from a middle-class background.

According to one of his cousins who once claimed anonymity, Hamza’s mum firstly tied the knot with her Caribbean husband (Choudhury’s dad) before later marrying Dewan Murshid Chowdhury after a divorce.

Hamza remained with his mum, Rafia, his stepbrothers and his sister in the United Kingdom. 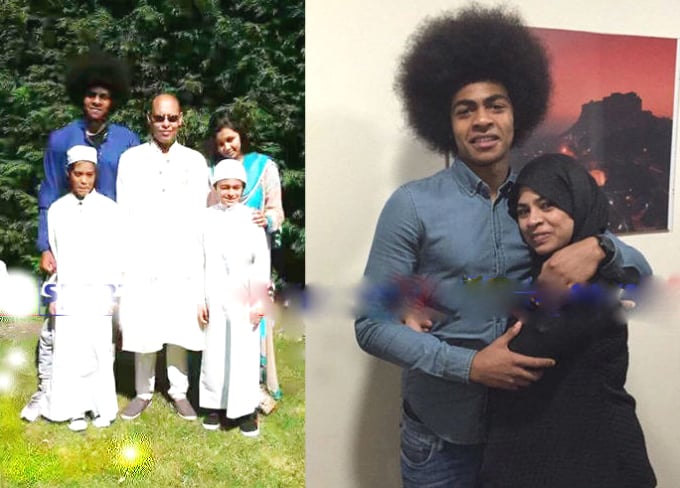 “Although I have been brought up in an Asian family, but I have Caribbean blood in me as my dad is from Grenada. We have a massive family.” Said Hamza Choudhury.

Early on, all Hamza wanted was to become a professional footballer. His passion for football saw him enrol on the roster of a local youth team Leicester FC which gave him the stage to lay a good career foundation. 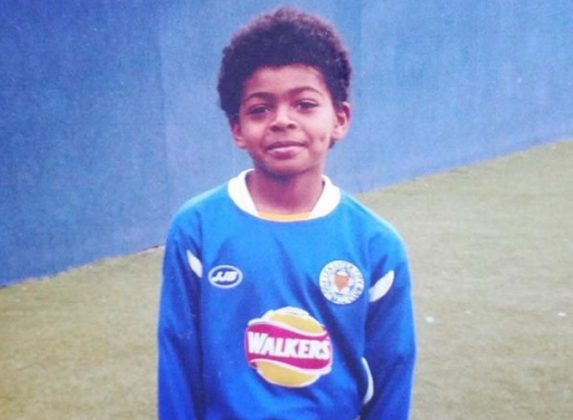 As Hamza Choudhury continued to mature, he saw himself settling well into life with the Academy.

The first few years of his career saw him becoming some sort of a professional tackler who knows nothing else than throwing those razor-sharp legs of his at his opponents. This is seen in the video below.

Not to forget, he was also a skilful player during his early career years. Here is a piece of video evidence of this.

Hamza Choudhury during his mid-teenage years mastered his football trade, which is “the act of tackling“.

His superb tackling technique made him the best in all Leicester age groups. Mastering the fundamental technique of tackling saw Hamza progressing and being monitored by a number of top English clubs.

Tackling is a lost art in Leicester academy football, but Hamza brought and keep the old tradition going with Leicester Academy. Just like Phill Jones, he was the kind of footballer who would throw all parts of his body into tackling. See video.

Hamza Choudhury soon got himself promoted to the Leicester club’s senior academy team at the age of 16. Later on, he became a well-respected captain who led his followers to victory at tournaments. 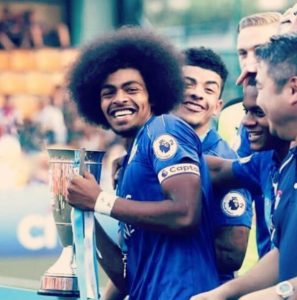 Hamza Choudhury couldn’t afford to leave Leicester city FC who were on top of their 2015-2016 Premier League trophy hunt.

Unfortunately, he was unable to compete with in-form stars (Kante and Drinkwater) who were midfield Premier league trophy regulars.

Hamza decided to join Burton Albion on loan. While at Burton, he continued to his tackling trade.

On the 28th day of November 2017, Hamza upon his return made his Premier League debut, a record which made him became the first player of Bangladeshi descent to play in the Premier League.

As of December 2018, Hamza Choudhury began to play an important role with some brilliant performances which changed the fate of Leicester City football.

This rise to fame feat saw him leading his team on breaking Manchester City 2018/2019 unbeaten run and also beating Chelsea.

The graduate of Leicester’s academy used his performance in these victories to established himself as a first-team regular. It was indeed, a smooth transition. The rest, as they say, is history.

Behind the successful footballer from Bangladeshi heritage, there exists a glamorous wag in the person of Olivia who is pictured below with the love of her life.

According to ManchesterEveningNews both lovers are of the same age and love to celebrate their birthdays together. Olivia is an interior designer who has many clients in Leicester.

Both Olivia, Hamza and their lovely daughter live a low-key life in Aylestone, a suburb of Leicester 13 miles away from Kings Power Stadium. Its a home that has a lovely donkey.

Getting to know Hamza Choudhury’s personal life would help you get a complete picture of him. If there’s one thing Hamza Choudhury likes just like football, it’s riding a camel, an activity he enjoys doing when he visits his native homeland Bangladesh.

Soccer players, just like the rest of us, love their pets and Choudhury isn’t an exception. The saying that there is no loyalty left in the modern game surely doesn’t take into account the relationships shared between Choudhury and his dog.

Judging from the photo of little Choudhury and his grandfather, you will easily guess his family background. 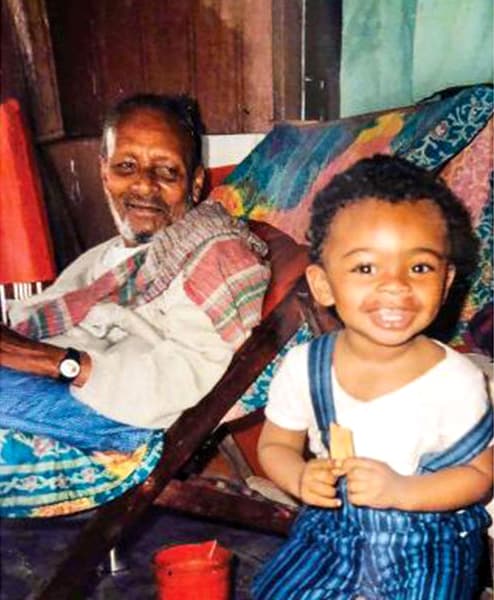 Ideally, Choudhury grew up in a one-time lower middle-class family background. This was before football monies elevated his household.

Today, his Bangladeshi family members and mostly, the British-Bangladeshi population feel blessed to have Choudhury in their lives. It is almost certain that Hamza as seen a pioneer for players of Asian background.

At least two months in a year, Hamza make up the time to visit Bangladesh as his mother currently stays at their Habiganj home.

He loves to identify himself with his Asian background. Speaking about that, he once said;

‘I don’t really feel any pressure about being a professional from an Asian family background. My family have been a great help with my confidence. They just telling me to enjoy my football. If I turned around tomorrow and said I didn’t want to play football any more they would always support me.

Hamza Choudhury isn’t the type of footballer who lives the Lavish Lifestyle which is easily noticeable by a handful of pretty over impressing cars.

The crazy amount of football monies showered on him has earned him the choice of buying a Mercedes-Benz he sticks with. 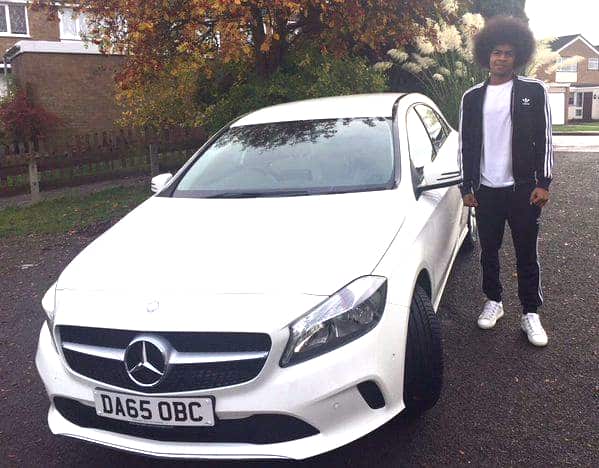 Although, Hamza haven’t started a lifestyle that one gets to see only in Hollywood movies. As showcased earlier, he together with his family live in his descent home in the suburbs of Leicester.

FACT CHECK: Thanks for reading our Hamza Choudhury Childhood Story plus Untold Biography Facts. At LifeBogger, we strive for accuracy and fairness.

The story is very informative.I am a fun of Leicester and the player.However,he should not only Identify himself as an Asian.He is a child of two worlds.He is an African as well.He should also visit great African cities like Nairobi.

Yes he is actually from two worlds.Yet it is mentioned here that he is caraebbean from grenada but not from an african country!
Maybe he feels proud only about his asian ancestors because his father didn’t take care of him, or didn’t ask anymore about his son after divorce, so that his heart goes only for his mother’s side…just a prediction