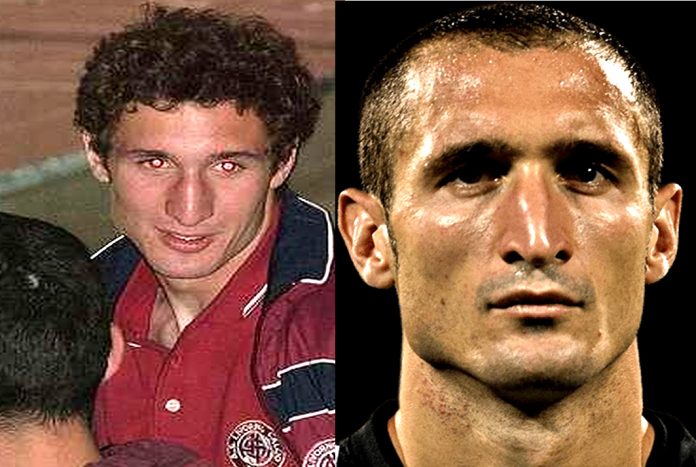 LifeBogger presents the Full Story of a Football Genius best known with the nickname “King Kong“.

Our Giorgio Chiellini Childhood Story Plus Untold Biography Facts brings to you a full account of notable events from his childhood time to date.

Yes, everyone knows of his brute defending abilities – which is similar to Diego Godin and Leonardo Bonucci.

However, only a few have read a concise piece of Giorgio Chiellini’s Biography, which is quite interesting. Now without further ado, let’s Begin.

For Biography starters, Giorgio Chiellini was born on the 14th of August 1984 at Pisa, Italy. He was born to his mother, Lucia Chiellini (a business manager) and to his father, Fabio Chiellini (an orthopedist at the time of Chiellini’s birth).

Although Chiellini was born in the Pisa province of Italy, he grew up with his family in the neighbouring province of Livorno, which is 25.1 kilometres from Pisa and best known for its tourists’ attractions.

Being born to parents who worked high paid and intellectually demanding Jobs, Young Chiellini had the free will to pursue any career of his choice as well as actively participate in any sport he fancies.

To that end, Chiellini started his journey to becoming a football genius in a rather unconventional way that makes his current footballing prowess come off as an acquired taste.

Chiellini’s first choice of sport was Basketball, a game which he played during his formative years and blended it well with excellent school grades.

However, Chiellini’s active participation in Basketball was short-lived as he wasn’t considered tall enough to try out competitive games, a development which saw him awaken the football giant in him by getting enrolled at Livorno 9 F.C when he was aged six.

While he was at it, he kept tabs with happenings in the basketball world and still remains a fan of Kobe Bryant and the LA Lakers.

Chiellini committed ten years of his life playing for Livorno F.C youth teams before securing promotion to the club’s first team in 2001.

His stay at the club saw him exhibit top-notch defensive abilities that Livorno’s Manager at the time could not help acknowledging, as he once described Chiellini in the following manner;

Giorgio is a force of nature, a universal player that every manager would like in their team. He is from another planet and can mark three players at a time. 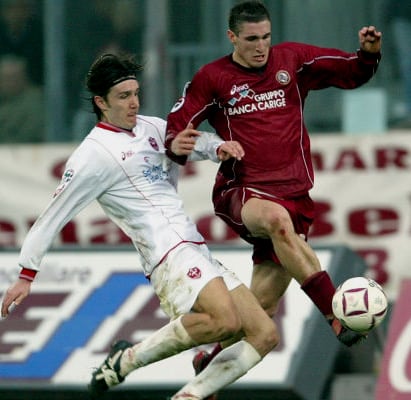 Subsequent footballing endeavours saw Chiellini co-owned by Roma, signed by Juventus and sold in a co-ownership deal with Fiorentina.

The period also saw Chiellini ascend up the academic ladder as he graduated from high school to pursue a degree in Economics with a speciality in Business administration.

Juventus fully secured the services of Chiellini in 2005 and made him a regular player at the club’s first team.

His first shot at fame was helping the club win its 29th scudetto, a title that was later recalled in light of the 2006 “Calciopoli” scandal. 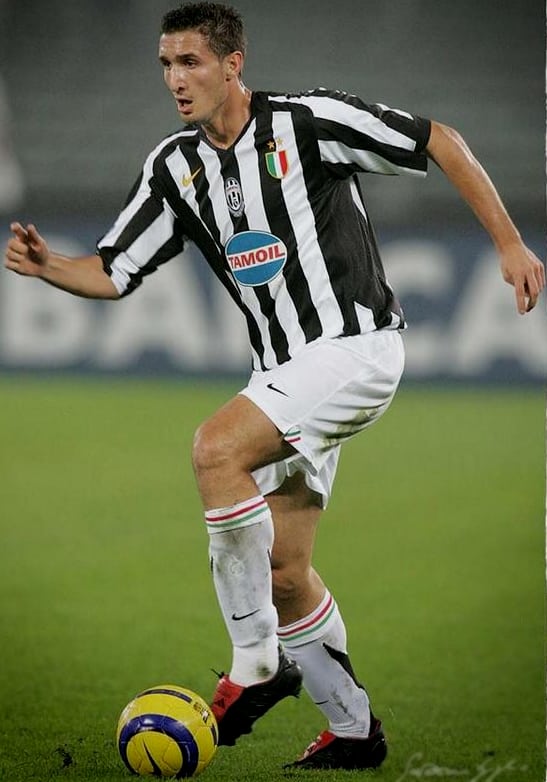 Nonetheless, Chiellini worked with his team in subsequent seasons to establish himself as one of the best defenders and clinch a number of titles, notable among which was the 2011/2012 Scudetto as well as progress to the Euro 2012 finals. 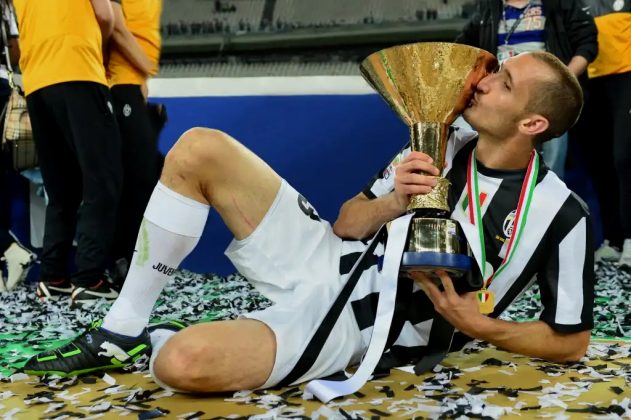 Chiellini is living happily with his girlfriend or wag-turned-wife, Carolina Bonistalli.

The couples whose relationship date back to their teenage days announced their engagement in May 2014 before exchanging vows during a private Catholic ceremony, on Saturday the 17th of July 2014 at the Sanctuary of Montenero in Livorno.

Their union is blessed with a daughter, Nina, who was born in July 2015. There’s no denying that he cherishes his daughter, as he wrote this about her on his website:

“I have a new love beyond football… Nina….I’m the happiest dad in the world” 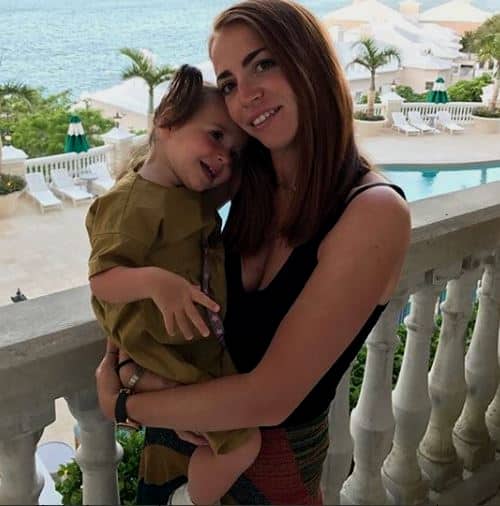 An Unfortunate incident that sparked outrage in the football world was the biting scandal between Luis Suarez and Chiellini.

Suarez, who appeared to have had enough of Chiellini’s hard tackling defences, dug his teeth into Chiellini’s shoulder without getting caught or booked by the officiating referee during a final group game between Brazil and Uraguay at the 2014 World Cup in Brazil.

Reacting furiously at the end of the match, Chilleni stressed that;

‘Suarez is a sneak and he gets away with it because Fifa want their stars to play in the World Cup. ‘I’d love to see if they have the courage to use video evidence against him. The referee saw the bite mark too, but he did nothing about it.’

On his part, Suarez tried to downplay his ignominious act by stressing that:

However, Suarez was found guilty and handed a four-month domestic ban and a nine-match international suspension. After a while, he tendered an apology to not just Chiellini but the entire football world. 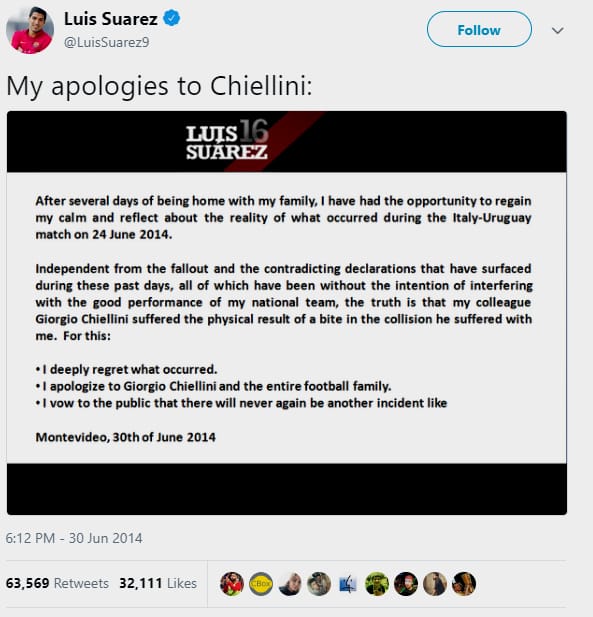 While it’s true that Chiellini was the victim in the case of a biting scandal between him and Suarez, there’s no denying the fact that Chiellini employs brute tactics to function effectively in the field of play.

Notable among such tactics was the incident which saw him un-purposefully (as he claims) elbow Miralem Pjanic during a match between Juventus and Roma in May 2014. 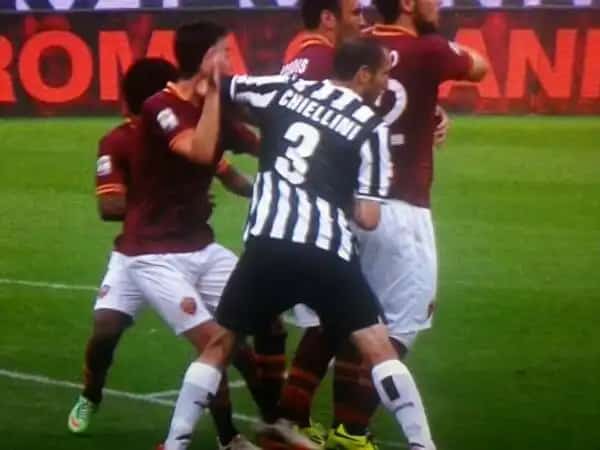 Commenting on the incident, Chiellini stressed that he didn’t elbow Pjanic on purpose, adding that he has tendered an apology to the perceived victim.

I wasn’t trying to elbow him, as I was just trying to block him from moving out of the wall, the same way you do in basketball. I apologised to Pjanic for the contact, but there are no problems between us. In games like this I’ve been given a few knocks and received quite a few as well.

However, Chiellini received three Serie A match ban for the incident after TV replays were used to examine Chiellini’s contact with the Roma midfielder.

Chiellini hits and gets hit for his brute defensive capabilities, which have seen him fracturing his nose four times and wishing that his kids inherit his wife’s nose as against his badly shaped nose.

“I hope that my children take Caroline’s nose,” 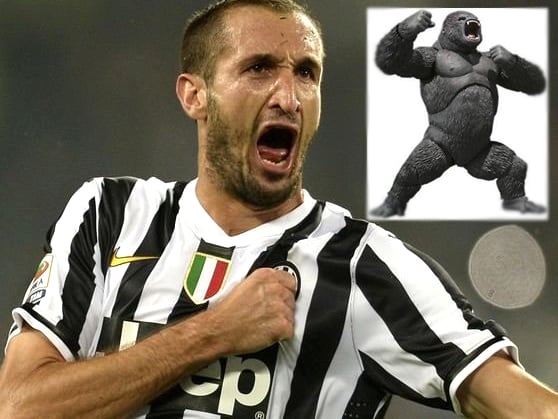 Chiellini was nicknamed “King Kong” by fans and supporters. This is in recognition of the strength, physicality and aggression. Which he possesses as a defender. As well as his style of celebration which involves beating his chest.

Chiellini is one among few professional footballers that attained academic heights despite active participation in football.

In July 2010, he completed a Laurea i.e. bachelor’s degree in economics and commerce at the University of Turin. Also, in April 2017, he received a Laurea Magistrale i.e. master’s degree in business administration. From the same institution.

Indeed he is a figure worth emulating by upcoming footballers. 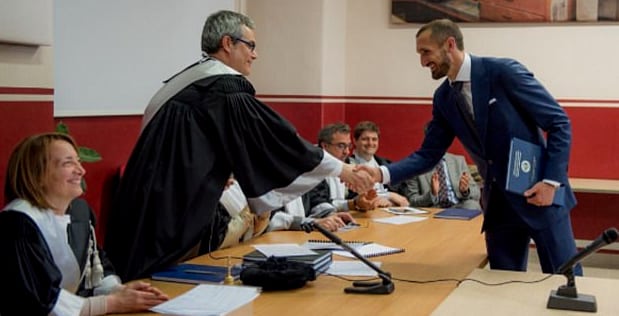 Chiellini has an identical twin brother known as Claudio. The twin brothers grew up as sport-loving kids with Claudio supporting Juventus while Chiellini loved AC Milan.

However, the twins have harmonized their love for football. Claudio serves as Chiellini’s agent and he works to ensure that his brother is happy at Juventus. 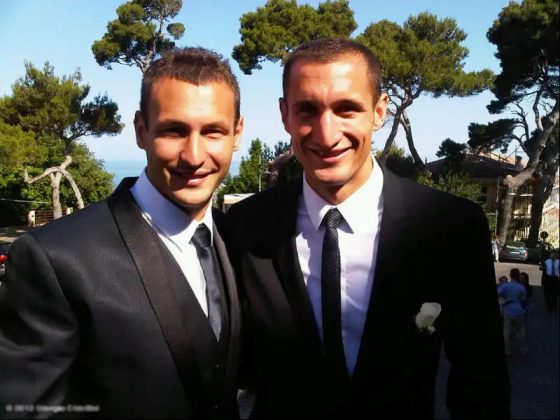 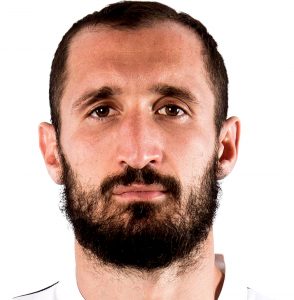 He also possesses great leadership skills. This is evident in his rise to holding the position of Juventus’s vice-captain position. As well as his vocal leadership expressions on the field.

All of these make him endearing to his teammates. As well as make him a popular figure among fans.

Thanks for reading our Giorgio Chiellini Childhood Story, plus untold biography facts.

At LifeBogger, we strive for accuracy and fairness in our quest to deliver Italian Football Stories.