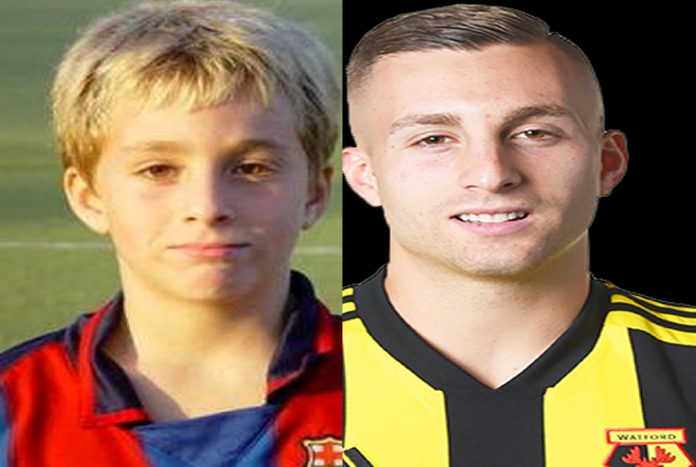 LifeBogger presents the Full Biography Story of a Football Genius best known as “The Supplier“.

Our Gerard Deulofeu Childhood Story plus Untold Biography Facts bring to you a full account of notable events from his childhood time to date.

Yes, everyone knows he is not just quick, but a skilful player gifted with good technique, dribbling abilities and an eye for goal. 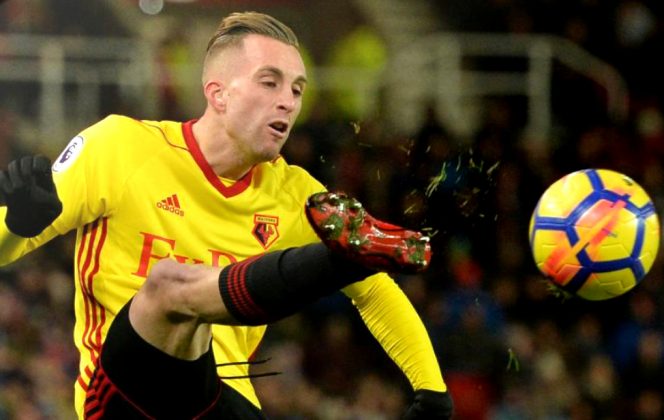 However, only a hand few of football fans knows much about Gerard Deulofeu’s Biography which is quite interesting. Now without further ado, let’s begin.

For Biography starters, his full names are Gerard Deulofeu Lázaro. Gerard Deulofeu, as he is often called, was born on the 13th day of March 1994 to his mother, Maria Jesús Lázaro and father, Marcel Deulofeu, in the Spanish village of Riudarenes.

Gerard is of pure Spanish descent, with the entire members of his family having their roots from Catalonia, which is the ethnic home of FC Barcelona.

According to media reports, young Deulofou grew up alone with his parents having no brother or sister. However, having a football-loving dad made it only natural for the beautiful game of football be instilled into him as a child.

Did You Know?… Young Deulofeu grew up playing with the native boys in his village ground.

According to DailyMail, he grew up having confidence and the habit to overstepping his mark, doing things out of the blue with soccer balls.

According to Liverpool Echo, During the late 1990s, the sleepy Catalonian village of  Riudarenes would regularly be disturbed by the noise of smashing vases, breaking glass and the shrieks of an exasperated mother, Maria Jesús Lázaro.

Inside the family home of the Deulofeus, a young Gerard would always be observed firing footballs left, right and centre. Sometimes, he would play alongside his father and friends on the village pitch. 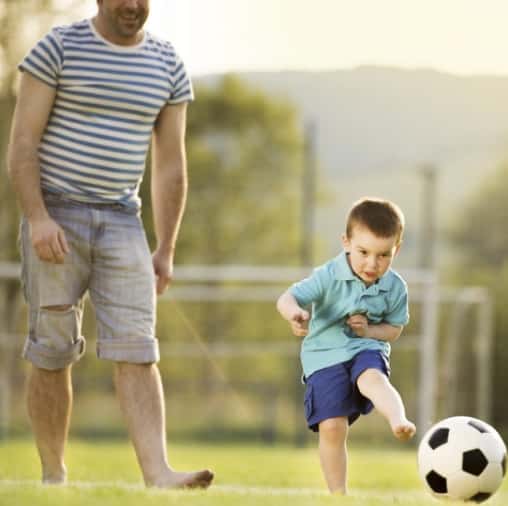 Young Gerard spent more of his time honing his talent in the family living room. Gerard once said this about his childhood experience;

“I used to go with my father to practice on the village pitch and with my friends. But in my house, I maybe had 10 balls and boom, boom, always.”

The Decision For Football Education:

As observed earlier, one of Gerard Deulofeu’s parents (his mum) wasn’t so pleased with his son’s soccer escapades in their living room.

Hence a decision was made by her as her son continued to wreak havoc in the family home with his indoor shooting practice.

Maria Jesús Lázaro with the support of her husband decided to whisk young Gerard to a nearby football academy, Penya Bons Aires.

He attended trials there, passed with flying colours and became a member of the young team.

Without a doubt, it’s every child’s dream to join FC Barcelona’s Le Masia academy. Upon joining, it was fun for young Gerard as he had to make a lot of sacrifices.

There were times he had to miss birthday parties or things he was looking forward to at school. But on the flip side, young Gerard was glad to do something he actually loved. 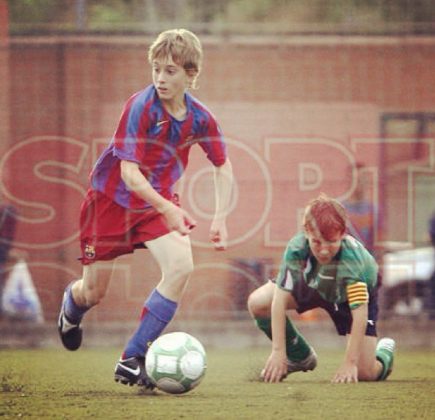 Gerard Deulofeu spent the most time there honing his talent with Le Masia.

As he began to mature, he saw himself settling well into life with the academy and making serene progress through the age groups. Such progress saw him becoming a young leader in the process.

In 2011, young Gerard got into Barcelona B. While in the team, he showed great technique and abilities. There were moments he stood out as the most promising player in the junior ranks.

Scoring 27 goals in 67 appearances saw young Gerard living up to the exceedingly high expectations of the Nou Camp. This feat got him promoted to the FC Barca first team.

While with Barca’s senior team, young Gerard felt this constant pressure to perform better than position rivals- David Villa and Pedro Rodriguez. Not being able to handle the pressure saw him getting shipped on loan to Everton. 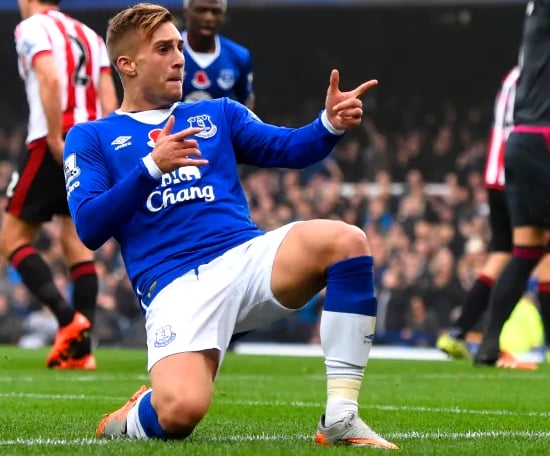 Everton’s Goodison Park was seen as a finishing school for a teenage Deulofeu.

While at Everton, Gerard Deulofeu got the honour of being among the club’s teenage goal scorers. Notable names in this list include the likes of Ademola Lookman, Wayne Rooney, Moise Kean, Ross Barkley, Tom Davies, Jarrad Branthwaite, etc.

Although he was farmed out to other clubs (Sevilla, AC Milan) which made him acquire soccer work experience. After discovering his form, Deulofeu went back to the Premier League.

Deulofeu finally found more shade in Watford which at the time of writing, has seen a Formidable partnership with the club’s spiritual leader Troy Deeney. 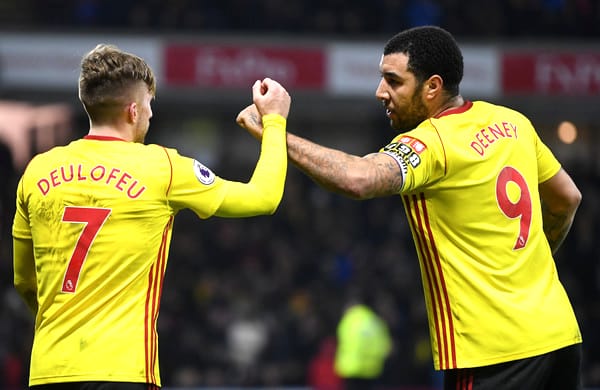 We would always remember Gerard for his match-winning wizardry. The rest, as they say, is now history.

There is no denying the fact that Gerard Deulofeu’s endearing qualities, including loyalty, hard work and humility, won’t make him a darling vine to ladies.

Behind the successful footballer, there exists a glamorous girlfriend, in the beautiful person of Mari Vilches.

Judging from their looks, you could guess, that Deulofeu should be a bit older. Actually, Mari Vilches was born on the 8th day of June 1992. This implies she is 2 years older than her man.

Mari has a Catalan family origin, just like Gerard. She also has a similar Family background. Just like her man, she speaks Catalan, Spanish and English.

Together, both lovers, Gerard and Mari, are parents to their adorable baby daughter whose name is unknown as at the time of writing.

Getting to know Gerard Deulofeu’s Personal Life would help you get a complete picture of him. 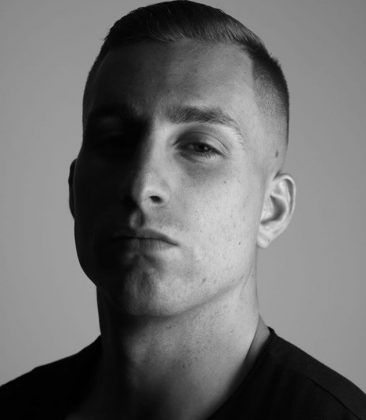 Starting off, he is someone who never gives up until he gets what he wants or finds a place of solace. The presence of Gerard Deulofeu marks the beginning of something energetic and turbulent.

Right from his early career days, Deulofeu has proven he is courageous, determined and confident about his abilities. Gerard is someone who ignores thinking about the future. According to the Spaniard;

“The future? I don’t know. I just want to focus every day and every match and play my best football.

If you think in the future in what you want to be in three, four months, I think your head is crazy. So the best [way] is to focus on today and play your best.”

Lastly, on his personal life, Gerard is a caring dad who sees his daughter is a treasure and a true source of his inner peace. 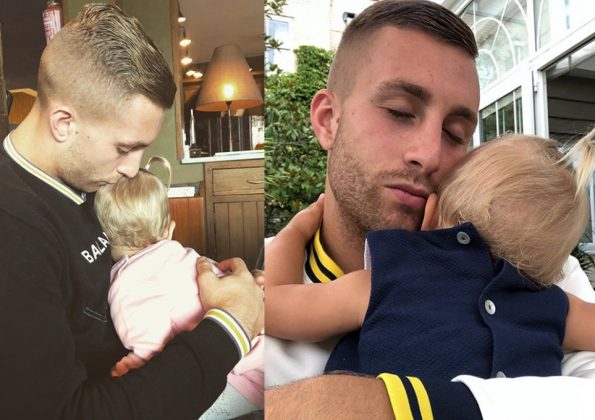 Gerard Deulofeu grew up in a Catalan village and not a Spanish city or town. This fact exemplifies his humble beginnings and family origin. All members of the Deulofeu household use the Catalan language along with Spanish.

As at the time of writing, Gerard Deulofeu’s parents live a private and happy life.

Deulofeu has made a conscious choice not to seek public recognition for his mum and dad. Information about his brothers and sisters remains a secret.

Today, the sacrifices made by the Deulofeus have inspired many upcoming footballers from the Spanish village of Riudarenes and environs. 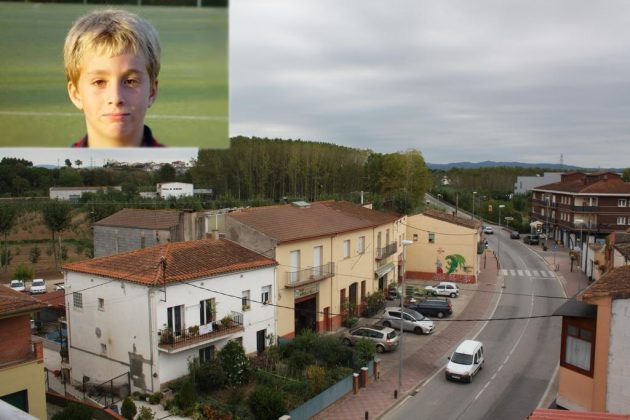 According to Wikipedia, Riudarenes is a village located in the province of Girona, Spain.

The village covers an area of 47.6 square kilometres and the population as of 2014 was 2,148. Most inhabitants from Riudarenes, including the Deulofeu’s, are Christians by religion.

As at the time of writing, based on Transfer Market Report, Gerard Deulofeu has a current market value of £16.20m and a £60,000 weekly wage to his name.

Being a millionaire doesn’t transcend to a glamorous lifestyle for Deulofeu. His very humble beginnings have taught him to be smart about managing his football monies. This means not spending like crazy, or changing his lifestyle. 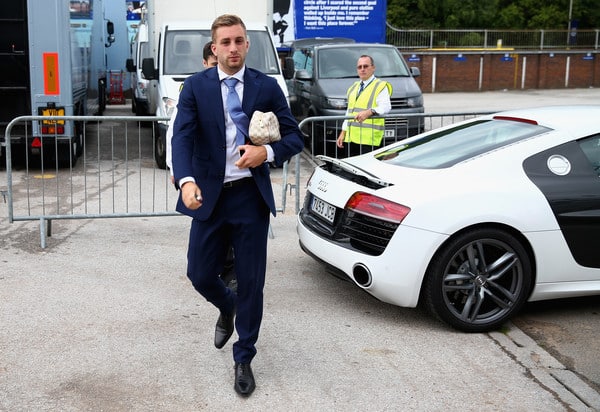 Gerard Deulofeu’s ability to deal with fame is directly proportional to the way he focuses on his football.

Love for His Dogs: 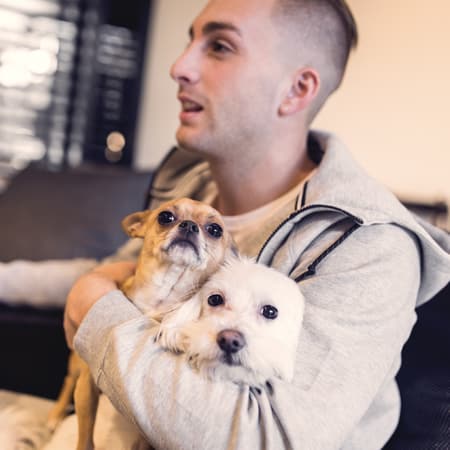 Although there is a saying that little loyalty exists in the modern game. This doesn’t take into account the relationships between Gerard Deulofou and his dogs, who go by their names Sherry and Lucas.

The year of Gerard Deulofeu’s birth (1994) had the following occurrences;
(i) Nelson Mandela became South Africa’s first black president after three centuries of white rule.
(ii) The internet got real in 1994 after the founding of both Yahoo and Amazon. People could chat to strangers thousands of miles away, and buying books was never the same again. (iii) PlayStation launched in the year 1994.

FACT CHECK: Thanks for reading our Gerard Deulofeu Childhood Story plus Untold Biography Facts. At LifeBogger, we strive for accuracy and fairness.