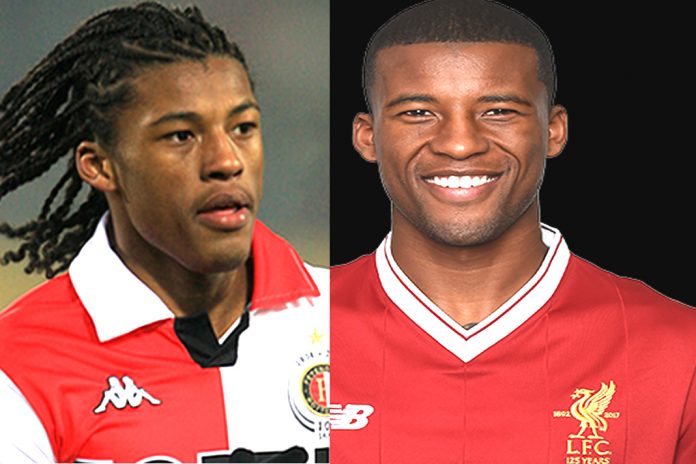 LifeBogger presents the Full Story of a Football Genius who is best known by the Nickname; “Gini”.

Our Georginio Wijnaldum Childhood Story plus Untold Biography Facts brings you a complete account of notable events from his childhood time to date.

The analysis of Georginio Wijnaldum Biography involves his life story before fame, family life, parents, wife (Virginia Braaf), lifestyle, personal life, net worth, and many off-pitch facts about him.

Yes, everyone knows about his career, but not many soccer fans have read an in-depth version of Georginio Wijnaldum’s Bio which is quite interesting. Now, without further ado, let’s begin.

For Biography starters, Georginio Gregion Emile Wijnaldum was born on the 11th day of November 1990. He was raised in Rotterdam, South Holland by his mother, Maureen Wijnaldum and father, Ramon van La Parra.

When he was six years old, his parents, who are both of Afro-Surinamese descent, went through a divorce with the result that his mother moved to Amsterdam.

However, Wijnaldum decided to stay in Rotterdam and moved in with his grandmother, where he lived for the remainder of his childhood.

In Wijnaldum’s younger years, he never showed interest in football. He never played with a ball or watched football on TV. His ambition was to become a gymnast or acrobat.

This plan changed when Wijnaldum’s nephew asked him to come to Sparta Rotterdam’s opening day with him. He didn’t believe what he saw…“The Beautiful Game of Football in all its Glory”.

He didn’t want to live after observing a youth game. Wijnaldum was invited to the Sparta Rotterdam youth academy and his love for football started to grow slowly. It didn’t take time before he became a member of their youth squad.

After playing for Sparta Rotterdam for seven seasons, Wijnaldum decided to accept a new Feyenoord offer where he completed his youth football career.

He was convinced playing for Feyenoord was better for his development as a football player and believed in Feyenoord’s vision.

At Feyenoord, Wijnaldum joined a successful generation with the likes of Leroy Fer and Luís Pedro. He stood out as an exceptional talent. The likes of Steven Berghuis continued the great things he started with the Dutch club.

On 29 June 2011, the technical director of Feyenoord announced the club had reached a transfer deal for Wijnaldum, reported being worth €5 million with PSV.

Again, he grew up in their ranks and was offered the number 10 shirt. Wijnaldum, popularly known for his hairstyle, was a fierce leader on the pitch. 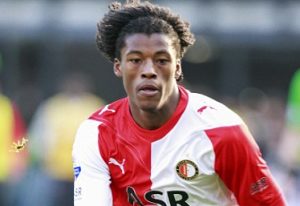 On 11 July 2015, Wijnaldum joined English Premier League club Newcastle United on a five-year contract, for a reported transfer fee of £14.5 million, making him the most expensive signing of Mike Ashley’s ownership.

Liverpool interest arose when he was considered the player of the match in a game against them when he forced Martin Škrtel into an own goal as well as scoring himself in a 2–0 win.

After observing he had finished the season as their top goal scorer, they couldn’t hesitate then to drop £23 million on Newcastle’s table. The rest, as they say, is now history.

High school sweethearts, they still exist. Just take a look at Georginio Wijnaldum, who has been together with beautiful Virginia Braaf since he was twelve.

Without a doubt, the full-lipped Rotterdam girl is nothing like the cliché-WAG. Both lovers are still yet to get married at the time of writing.

If there is somebody who is definitely not a gold digger, it is Ms Braaf. She never brags about the successes of her football-playing husband.

Indeed, how many football wives would choose a Sunday morning church service over their beds? Virginia Braaf certainly does, as she lives for the Lord. She found peace in her faith after a long road to salvation.

Virginia Braaf leads her own productive life. She has a line of jewellery called ‘Sparkle V’. She also works at some fitness programme called The BodSquad. In the past, she used to work with drug addicts as well.

On her social media pages, you will find no tsunami of duckfaces but mostly sweet pics of her husband, their children and, of course, videos of church services. Wijnaldum, despite his busy schedule, always finds time for his kids.

Jacian’s birth came just hours after Wijnaldum had helped Jurgen Klopp’s side book their place in the group stages of the Champions League with a 4-2 win over Hoffenheim.

Dutch midfielder Wijnaldum posted the news on his social media accounts. He said:

“I am really pleased to share with you the amazing news that my beautiful girlfriend gave birth to our son Jacian Emile Wijnaldum at 2:22 am today 24-08-17.

I am so proud of both my girlfriend and our son, both of whom are healthy and happy.”

Recent reports reveal facts that Wijnaldum is of Ghanian origin. He recently removed the Ghanaian name “Boateng” as his surname a long time ago.

He once went with the family name Georginio Boateng and not Georginio Wijnaldum. Following his mother’s divorce, he took her maiden name (Wijnaldum). Below is a photo of his mother.

The name ‘Boateng’ was the name of his stepfather who is related to retired Dutch footballer of Ghanaian-origin George Boateng.

His stepfather gave his surname to me but after he divorced my mother, Wijnaldum took the name off. Wijnaldum once added, “My mother and my original father are Surinamese so people should get it clear.”

Wijnaldum has two younger brothers, one of whom, Giliano Wijnaldum, currently plays for Philadelphia Union. 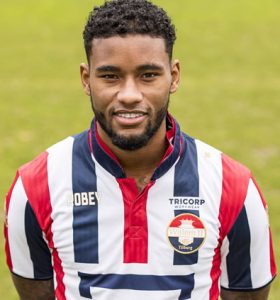 He also has a half-brother, Rajiv van La Parra, who currently plays for Huddersfield Town. 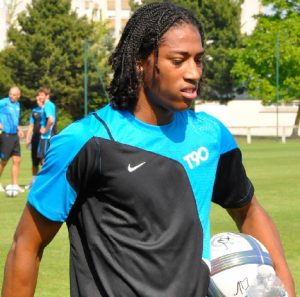 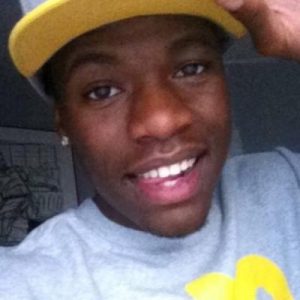 Wijnaldum is the cousin of former Real Madrid man Royston Drenthe. Drenthe spent time at Real Madrid, Everton on loan and played for Reading during what has been a journeyman career. 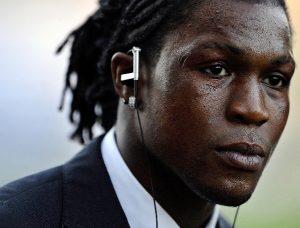 The Baller has the following attributes to his personality. 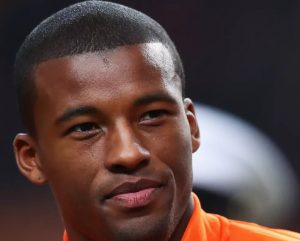 Strengths: He is resourceful, brave, passionate, a true friend to all.

Weaknesses: He could be jealous, secretive and violent if pushed to the limits.

What Wijnaldum likes: He loves the truth, facts, being right, longtime friends and teasing his teammates.

In summary, Wijnaldum is passionate and have an assertive people. He is determined and very decisive. He is someone who will research until he finds out the truth. Wijnaldum is a first son and a great leader.

Thanks for reading our Georginio Wijnaldum Biography. At LifeBogger, we strive for accuracy and fairness in our quest to deliver Dutch Football Stories. Kindly stay tuned for more! The Life history of Kenneth Taylor and Cody Gakpo will excite you.