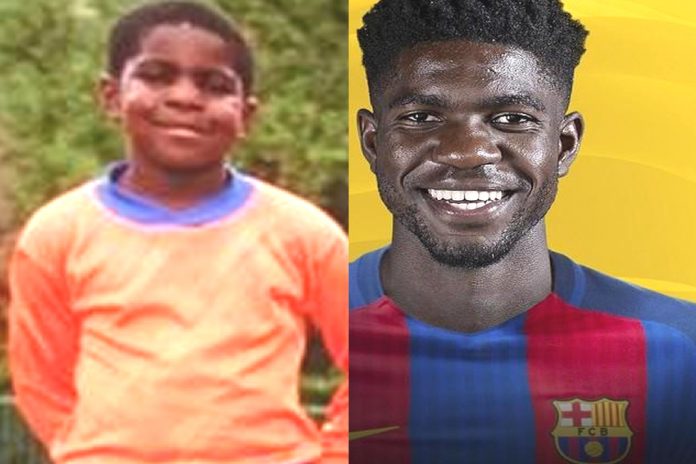 LifeBogger presents the Full Story of a Complete Defender who is best known by the nickname “Big Sam“.

Our Samuel Umtiti Childhood Story plus Untold Biography Facts brings to you a full account of notable events from his childhood time to date.

The analysis involves his life story before fame, family life, and many OFF Pitch Facts (little known) about him.

Yes, everyone knows he is a complete and dependable defender. However, only a hand few fans know much about Samuel Umtiti’s Biography, which is quite interesting. Now, without further ado, let’s Begin.

This event happened when he was just 2 years old. In France, Umtiti grew up in a large family of immigrants from Cameroon.

That same year 1995, coincides with a time France and the rest of the world celebrated the wonders of Roger Miller and his Cameroonian team as they dominated the centre stage. This was a boost for Cameroonian immigrants in France. 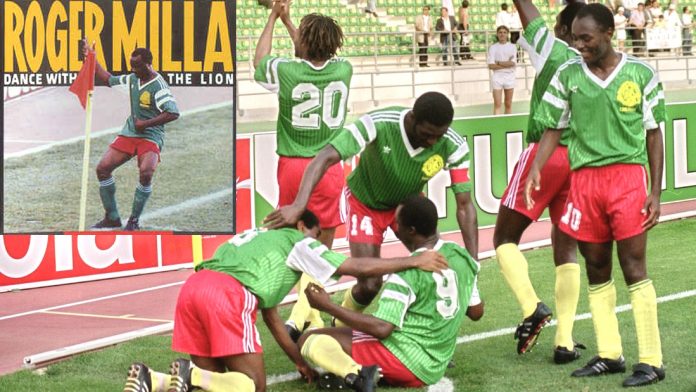 The success of the Cameroonian team had a ripple effect on black immigrants in France.

This was solely responsible for the emergence of the golden 1993 generation of immigrant footballers such as Samuel Umtiti, Paul Pogba, Raphaël Varane, Romelu Lukaku etc.

Around the mid-1900’s, there was a huge wave of black kids in France joining football clubs and Samuel Umtiti wasn’t an exception.

As a kid, his mother always insisted on the spirit of hard work, in pushing himself more than the others if he ever wanted to be someone in life.

Thanks to hard work, Umtiti created a path for himself and got his rewards. The fact that he was an immigrant, desperate to succeed, fueled his ability to work more than others.

In 1998, there was another rise, as regards a new wave of immigrant football domination in France.

The leader of them all was Zinedine Zidane thanks to his amazing 1998 World Cup display. Seeing this motivated Samuel Umtiti to join Menival FC located in Lyon, France.

After spending 11 years as a youth player, Umtiti made his professional debut for Lyon on the 8th of January 2012.

At the end of the 2015–16 season, Umtiti was named as the “Best Player of the Season” by Lyon fans, ahead of Alexandre Lacazette.

This feat sparked interest from FC Barcelona who was shopping for Carles Puyol’s replacement after writing off Jeremy Mathieu and Thomas Vermaelen as insufficient replacements. 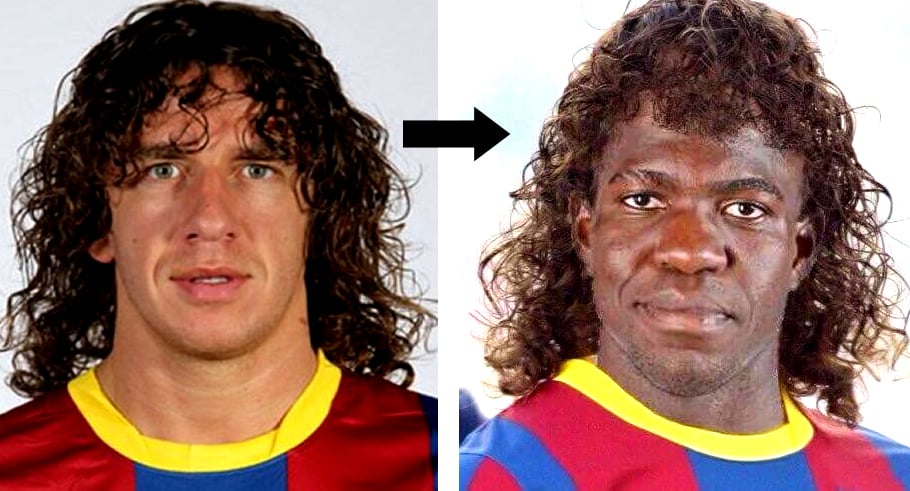 Samuel Umtiti’s playing ability and potential, as well as his lifestyle off the pitch, build up a complete picture of him.

Even with that, it is widely known that behind almost every French footballer, there’s a glamorous wife or girlfriend.

Currently, as we write, Samuel Umtiti has not yet confirmed his relationship. But some photos posted on Twitter suggest that Alexandra Dulauroy pictured below is his girlfriend.

Judging from series of photos, it seems that their relationship has taken them from bestie status to true love. 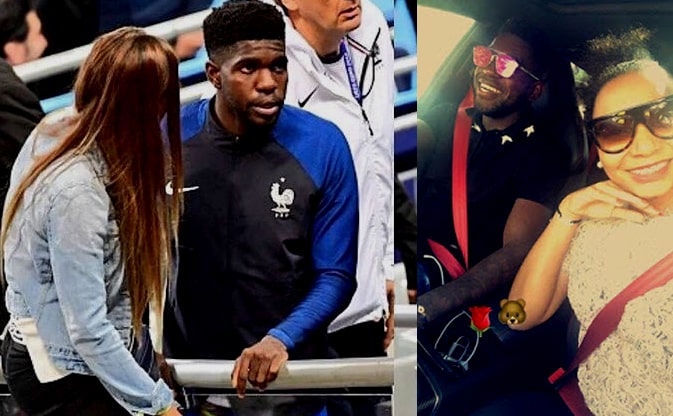 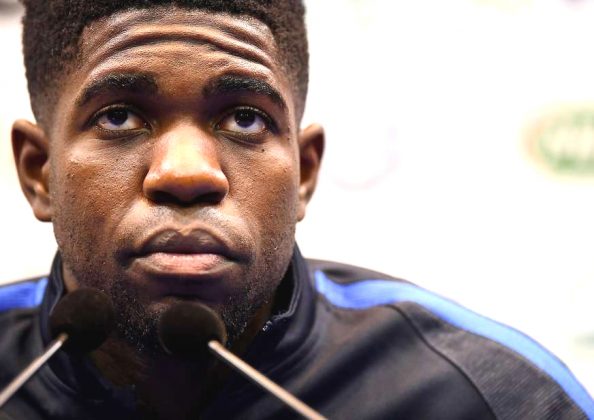 Umtiti is a passionate and assertive person. He is determined and decisive and will research until he finds out the truth on anything he puts his mind to.

The French star is a great leader who is always aware of the situation and also features prominently in resourcefulness. He is able to express emotions and keep a secret, whatever they may be.

Umtiti is known by his neighbours for being calm, cool and having a home alone way of life. More so by his mysterious appearance.

People often say that he is born fierce considering the fact that he endured hardship in Cameroon before being taken to France by a family member.

Umtiti has a Cameronian gene that makes him look older than he really is. Nevertheless, he has the attribute of an excellent leader who is very dedicated to what he does. Here is a proof that he is a leader.

In February 2015, Umtiti wore the Lyonnais shirt for the 100th time in a game against Bordeaux. And it was against the same time in September that, despite his young age, he wore the captain’s armband for the first time, something which goes to show what a born leader he is.

Umtiti hates dishonesty and can be very jealous and suspicious. He has over the years learned how to adapt more easily to different human behaviours.

Both Umtiti and his brother Yannick live separately in Barcelona at the time of writing. They could have lived together not thanks to Umtiti who objected, as he loves having his own space. He is someone who spends a lot of time at home.

Samuel Umtiti was raised by his relatively unknown father and mother, Annie Ngo Um. Back then, during his youth career, his mum never followed football.

In fact, everyone in his family (some pictured below) started to follow football as soon as Umtiti became professional. 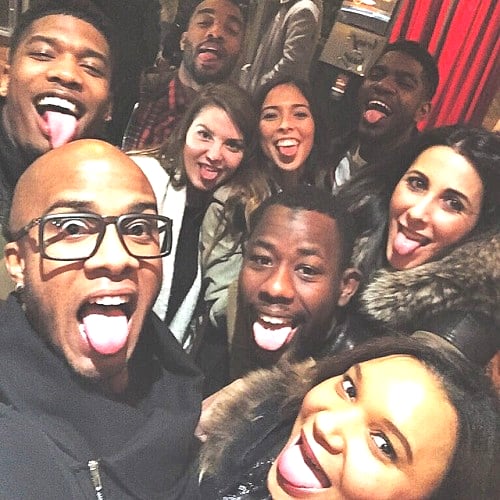 Below is a photo of Yannick discussing the need for an improved contract for his brother. Yannick is known to be a master negotiator. 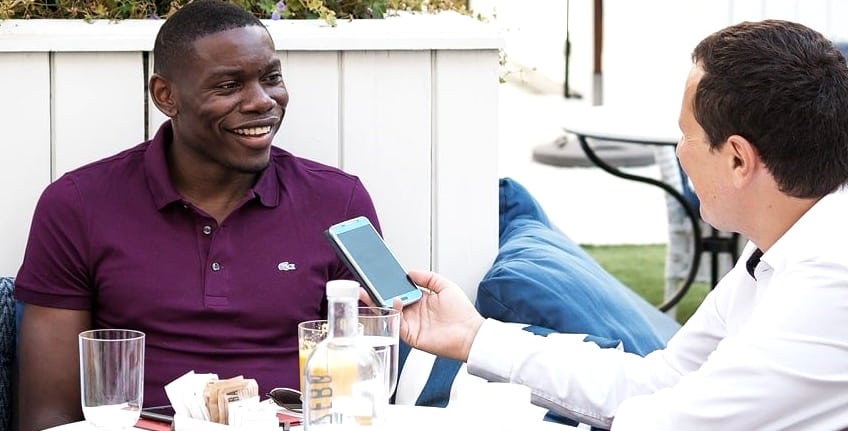 Online sources have revealed, Roger Milla is close to Umtiti and his family. He was responsible for Umtiti showing early allegiance to Cameroon. However, Umtiti (unlike Karl Toko Ekambi) switched allegiance to France early on at the Under 17 level. 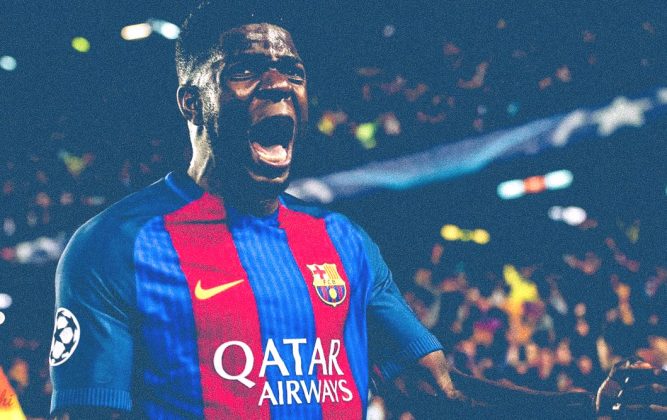 In 2018, ESPN FC journalist Sam Marsden was effusive in praising Umtiti, opining that,

“As well as reading the game as if it was a children’s book, timing his challenges to the millisecond and putting his body on the line in the name of a block, [Umtiti] is a daring defender. […]

He takes risks, feeding the ball between the lines, and rarely picks the wrong option.” 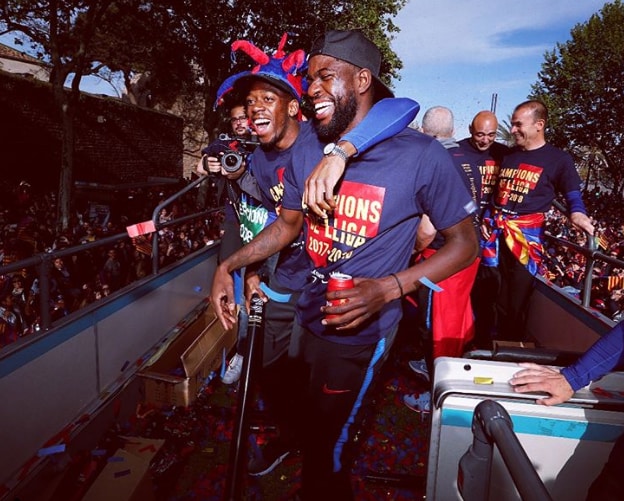 Never mind what happened, Umtiti kept guzzling gallons upon gallons of beer. The French later apologized. To calm down the drenched reporter, Samuel offered to take her for a drink to calm down.

It’s the best club in the world. I’m proud to be here and of course, I know that there will be a lot of competition for playing time, but I tell myself:

“Man, you’re training and playing with the best in the world” and this is a stimulus to work, even more, to progress and move up stages. Being here will allow me to evolve to another level.