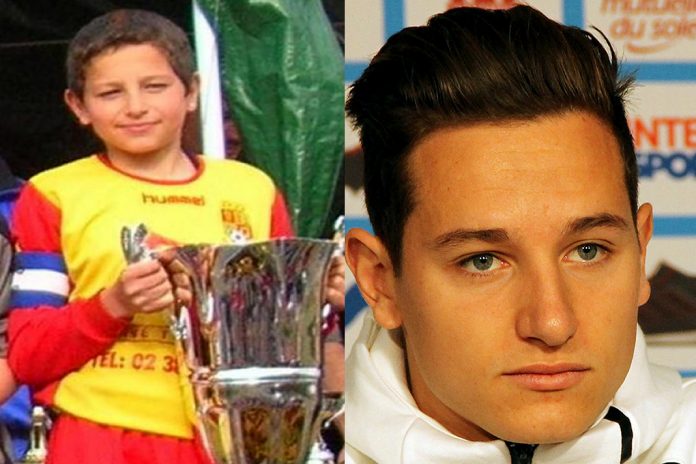 LifeBogger presents the Full Story of a Football Genius, best known by the nickname “Rough Diamond”.

Our Florian Thauvin Childhood Story plus Untold Biography Facts brings you a full account of notable events from his childhood time to the best career moment – winning the FIFA World Cup.

The analysis involves his life story before fame, family life/background and many OFF and ON-Screen little-known facts about him.

Yes, everyone knows that he, alongside Benjamin Pavard and Presnel Kimpembe etc, were a part of the 23 men’s French squad that won the 2018 world cup in Russia.

However, only a few consider Florian Thauvin’s Biography, which is quite interesting. Now, without further ado, let’s begin.

For starters in his Biography reading, his full name is Florian Tristan Mariano Thauvin. He was born on the 26th day of January 1993 at Orléans, France, to French parents who separated during his formative years.

Consequently, Young Florian had a bit of a distorted childhood, a development which saw him have no cherished early memories owing to the fact that he had to switch ‘residential allegiance’ between both parents who lived far apart. Years later, an established Thauvin would admit that:

“I didn’t make the most of my childhood, I hope to make up for it now”

The only thing that kept him together all through his childhood was his love for football, a love which was founded before he took his first steps as a baby and made evident by an existing photograph at his grandmother’s house.

“There’s a photo at my grandma’s house when I’m somewhere between six months and a year old and I’ve already got a football in my hands,”

Suffice to say that Thauvin lived a football-centric life, and his cherished memories date back to the day he secured enrollment in a football Academy at Châteauroux.

Unlike most football geniuses who began their football career at their hometown youth club, Young Thauvin had to relocate from Orléans (his hometown) to Châteauroux Academy for training, spending days from what was left of his immediate family.

Years later, he regarded the sacrifices he single-handedly made for the sake of passion as worthwhile.

“I left my hometown, Orléans, and moved to Châteauroux. I only went home for weekends. Only now I can see the sacrifices I made then have enabled me to get where I am today”

Moving on with his lonely but fruitful journey, Florian Thauvin progressed from being a regular trainer at Châteauroux to becoming a key asset for a number of youth clubs.

He had his first signing at LOSC Lille in January 2013 for a paltry sum of £3.15m. Subsequent football endeavours saw him have stints with SC Bastia and juggling between Marseille and Newcastle, where he witnessed ups and downs.

Nevertheless, he developed himself with each passing experience and maintained a positive spirit. 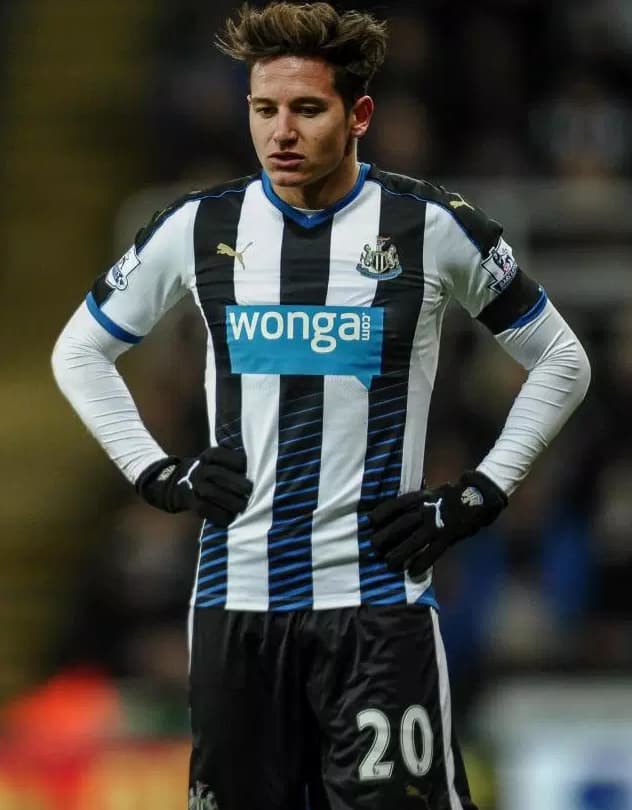 Fame came knocking at his door when he finally decided to sign a permanent deal with Marseille in the summer of 2016, finding the net 30 times in 78 appearances as well as providing 26 assists.

To cap it all, he was listed among the 23 men France National Squad which won the Russia 2018 FIFA world cup. The rest, as they say, is history. 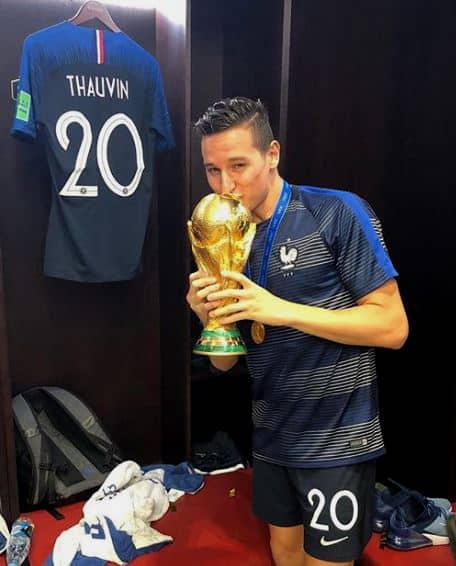 Behind every French Footballgeniuss is a wag, and Florian is no exception. His girlfriend of several months is a model called Charlotte Pirroni. 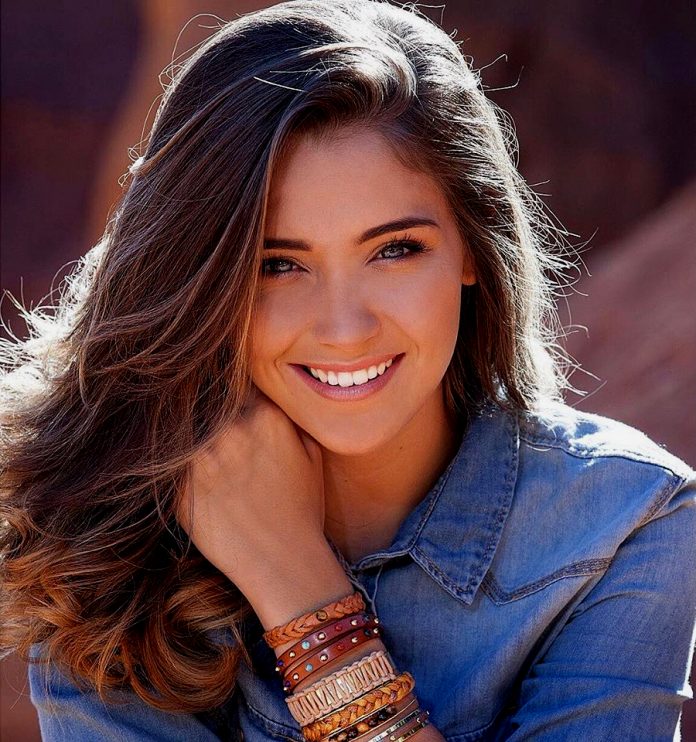 From all indications, the duo are best matched and are happy together. 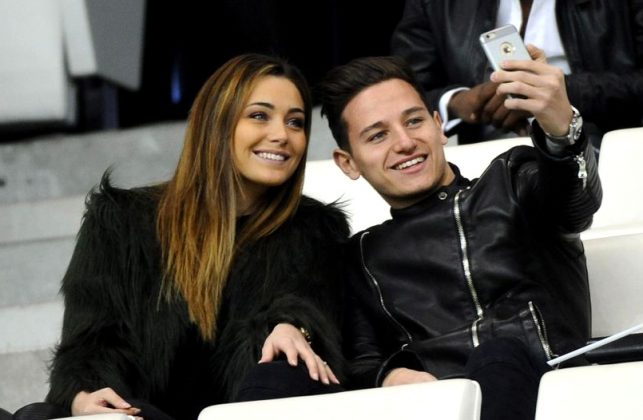 Charlotte has also been of great support to Florian’s career, including cheering the French national team during its Russia 2018 World Cup outing. 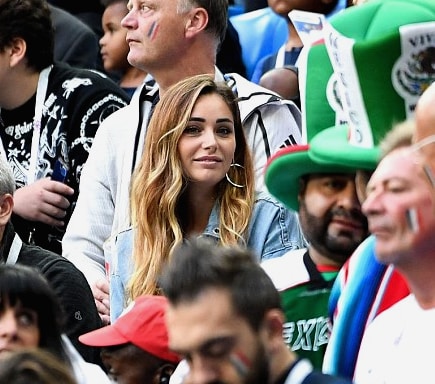 Although their relationship is in its early stages, Fans can’t wait to see what becomes of it in the long run.

As we mentioned earlier, Thauvin faced career setbacks before he attained the status of Football Genius. Worthy of mention are those that relate to his childhood endeavours.

Thauvin was once repeatedly told by doctors that playing football could be difficult for him due to a back problem he developed in the course of extreme football training.

In addition, Grenoble went Bankrupt while Thauvin was at the club. The development caused many to abandon their football aspirations except Thauvin, who remained steadfast until he was able to secure a transfer to SC Bastia. 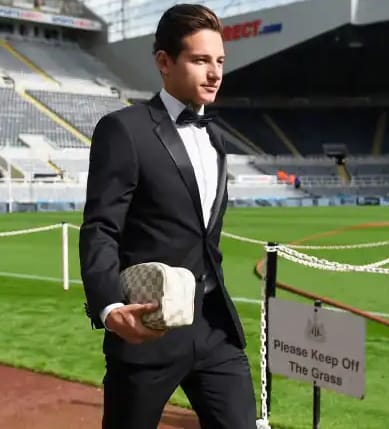 A funny incident that catalyzed Thauvin’s exit from Newcastle was his choice of dressing for a pre-season game. Thauvin surprisingly showed up wearing a Tuxedo!

His dressing didn’t go down well with his harshest critic and one-time Newcastle forward Alan Shearer, who took out time to lash Thauvin:

“He turns up in a tux! This is a serious business we’re in here. It’s not funny anymore.”

Thauvin was not one to let Alan Shearer have another field day as he responded:

“Alan Shearer violently criticised me by saying that I was making myself out to be someone that I wasn’t, even though I was not the only one wearing a bowtie. Why is it always me? I would like to be left alone.”

Florian Thauvin’s Nickname, Rough Diamond, is actually a diminutive for Diamond in The Rough.

The term was used to describe the young French talent years before his rise to fame by many who believed his performances on the pitch was not up to the natural talent he possessed due to restraining factors.

These factors include lack of enough playtime, and numerous loan out to clubs among other restraining factors.

Florian is a quiet young player who speaks from a calm and thoughtful disposition.

While his unflinching confidence both on and outside the field of play could strike one as arrogance, Many fans perceive him as influential to the point of modelling their hairstyles after his.

He also has a great sense of humour as exemplified by his choice of goal celebration in the photo below. 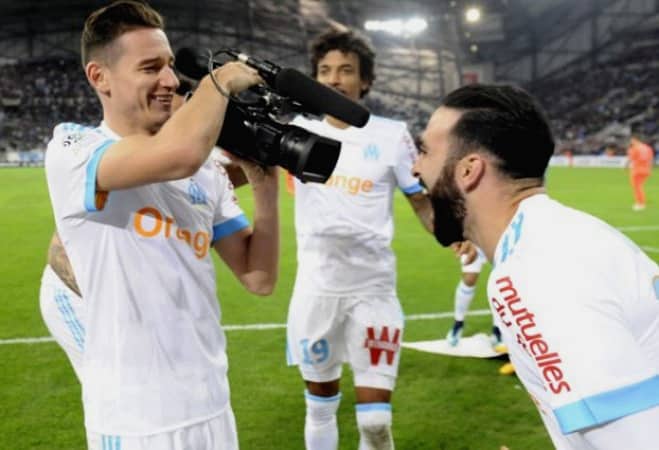 His favourite past-time activity includes hanging out with friends and playing video games. In addition, he listens to music to help clear his head and lift his spirits.

Thanks for reading our Florian Thauvin Childhood Story plus Untold Biography Facts.