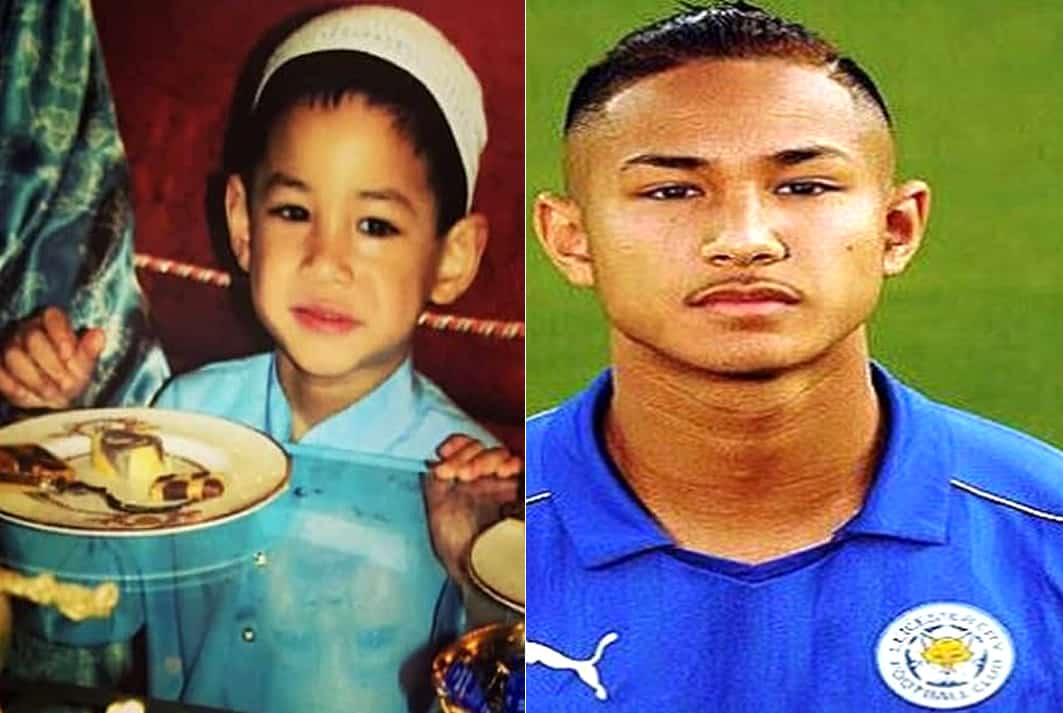 More so, Faiq’s Personal Life, Lifestyle, Family Origins, and other notable events from his childhood time to when he became known.

Yes, everyone knows the winger is one of the richest football players in the world. However, only a few fans have read Faiq Bolkiah’s biography, which is quite insightful. Without further ado, let’s begin.

For Biography starters, Faiq Jefri Bolkiah was born on the 9th day of May 1998 at Los Angeles in California, USA. He is one of a set of twins born to his little-known mother and to his father, Jefri Bolkiah (Prince of Brunei).

Although Faiq was born in America and possesses dual nationality (American and Bruneian), he mostly grew up at the United Kingdom under the care of his guardian -Dennis Wallace (an ex-NBA professional).

Growing up in Berkshire in the UK alongside a cousin – Ukasyah, young Faiq was a lover of soccer who was always happy to go out on fields with a ball at his feet.

In fact, football was a sport that took center stage in his childhood.

Even before moving to the UK from his native country – Brunei (where he partly grew up), Faiq was already a football enthusiast, and his wealthy parents were supportive of his passion.

As such, they sent him 11,000 kilometres from Brunei to study and develop himself in football at the United Kingdom, away from the distractions that come with his family’s wealth.

Thanks to the care and strictness of his guardian – Dennis Wallace, Faiq was able to efficiently blend academics at Woolton Hill Junior in Berkshire with playing football for the village’s side – Woolton Hill Argyle.

The football prodigy went to study at Thorngrove Prep School in the nearby village of Highclere while his guardian began making moves that would eventually see the then 11-year-old start playing for AFC Newbury’s in 2009.

Did you know that Faiq stood out in his first season at AFC Newbury’s for his eye-catching skills and intelligence with the ball?

Above all, the youngster was immensely down to earth, such that only a few management staff accidentally knew of his wealthy family background.

Such low-key dispositions were not different when Faiq began playing for Southampton in the next season. The humble youngster went on to have a brief trial with Reading F.C. before joining Arsenal F.C. in the year 2013.

It was with Arsenal that a 15-year- old Faiq won his first significant title as he got his name on the scoresheet to help The Gunners’ U15 side win the Lion City Cup tournament against a Singaporean youth selection in Singapore.

When Faiq boded farewell to Arsenal in 2014, he was optimistic about a brighter future with Chelsea F.C., to which he lent his signature to that same year.

However, things went south, as he wasn’t given enough playtime with the club’s youth systems.

Thus, the ambitious lad left the team a year later in 2015 to have a trial with Stoke City before signing for Leicester City in 2016.

Upon signing for the Foxes, Faiq was a regular feature for the Foxes academy teams, including in the 2016/17 UEFA Youth League.

Fast forward to March 2020, Faiq plays for the reserve team of Leicester, and he is yet to make his debut in the first-team action for the Foxes despite being the famous captain at Brunei’s national team.

More so, despite being widely known as the richest footballer in the world. Whichever direction his career tilts, the rest, as they say, would always be history.

Who is Faiq Bolkiah’s Girlfriend?

Moving on to Faiq Bolkiah’s love life, it would be entirely unreasonable to note that he doesn’t have a girlfriend simply because efforts made to tie him down with a single lady were abortive.

A study of the winger’s fan pages on Instagram would reveal numerous photos of him with different ladies.

As such, it’s hard to tell his girlfriend from other women. It is also not known whether Faiq has a son or daughter out of wedlock.

Jefri Bolkiah is the father of the winger. He was born on the 6th day of November 1954 to Omar Ali Saifuddien III, the 28th Sultan of Brunei.

Thus, Jefri is a Prince and heir to the throne, but he did not become Sultan. Instead, his older brother Crown Prince Hassanal Bolkiah, took over the throne after Omar made the decision to abdicate.

Jefri was once the Finance minister of the oil-rich Brunei. He is extraordinarily wealthy and lives an extravagant lifestyle.

At the time of drafting Faiq Bolkiah’s biography in April 2020, not much was known about his mother.

However, the winger did once reveal that his mom and dad were supportive in helping him achieve his dreams of being a footballer.

In fact, he regards them as role models for training him both psychologically and physically. In other words, it would be a great disservice to write about Faiq Bolkiah’s childhood story without acknowledging the roles of his supportive parents.

Not many people know that Faiq has a twin sister that goes by the name – Qiana Faiq Bolkiah. Qiana is the beautiful female version of Faiq.

They love and cherish each other and have a cute photo that speaks of the chemistry between them. Asides Qiana, Faiq has other blood siblings and half-siblings whom not much is known about.

Moving on to Faiq Bolkiah’s ancestry and family roots, his paternal grandfather was Omar Ali Saifuddien III, while there are no records of his other grandparents.

Faiq’s uncle is Crown Prince Hassanal Bolkiah, the Sultan of Brunei, while one of his cousins goes by the name Ukasyah. However, there’s not much known about Faiq’s aunts, nephews, and nieces.

The Billionaire’s Personal Life away from football:

Speaking of traits that define Faiq Bolkiah’s persona, did you know that he is driven by passion, humility, and focus?

When Faiq is not training or playing football, he can be found engaging in interests and hobbies that include playing basketball, riding horses, travelling, swimming and having a good time with his family and friends.

Regarding how Faiq Bolkiah makes and spend his money, did you know that his net worth in 2020 stands at an estimated sum of over $20 billion?

The bulk of the winger’s wealth has origins from his inheritance as a member of Brunei’s Royal family.

Also, Faiq makes significant income from endorsing brands like Nike as well as from the wages and salaries he receives for playing football.

Needless to say, Faiq can live in any house he wishes regardless of the costs. He also owns exotic cars and cruises in super-expensive rides that are part of convoys.

To wrap up our Faiq Bolkiah childhood story and biography, here are lesser-known facts about the winger.

Faiq is a believer who practices Sunni Islam. The belief is predominant in Brunei (accounting for about 67% of the nation’s religion). It is also the religion of the country’s Royal family.

It is not every time that you see football players own big cats as pets, especially when the cat is a tiger. That’s what exactly Faiq owns. He has had the tiger with him since when it was a cub.

Unlike most young football geniuses, Faiq has no tattoos or body arts as of April 2020. He is somewhat okay with his height and weight combination of 5 feet, 9 inches & 70kg, respectively.

Faiq Bolkiah’s birth year – 1998 was a significant year of technological and entertainment events. It was the year in which search engine Google was founded. 1998 saw to release of popular films like Titanic and Saving Private Ryan.

This table breaks down Facts about the Rich footballer.

Thank you for reading this creative write-up about Faiq Bolkiah’s biography. At Lifebogger we strive for fairness and accuracy in our consistent routine of delivering biography facts and childhood stories.

If you come across anything that looks odd in this article please contact us or place a comment in the box below.