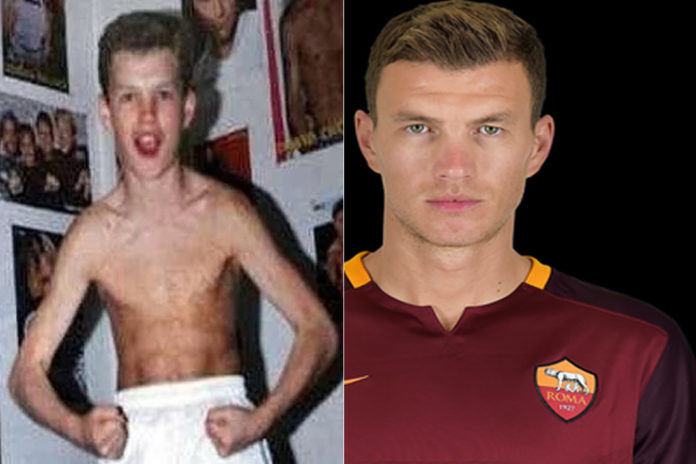 LB presents the Full Story of a Football Genius best known by the Nickname; ” The Bosnian Diamond”. Our Edin Dzeko Childhood Story plus Untold Biography Facts brings to you a full account of notable events from his childhood time till date. The analysis involves his life story before fame, family life and many OFF and ON-Pitch little-known facts about him.

Yes, everyone knows about his striking abilities but few consider our Edin Dzeko’s Bio which is quite interesting. Now without further adieu, let’s Begin.

Edin Dzeko was born on the 17th day of March 1986 in Sarajevo, Bosnia and Herzegovina. He was born to his mother, Belma Džeko and father, Midhat Džeko. 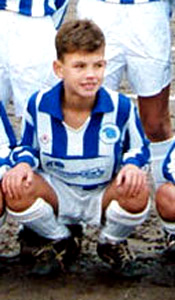 Edin Džeko’s childhood story is a masterpiece of courage and willpower. It is a tale of a boy who surged from bullet holes to make it onto the top of the football world. If it hadn’t been his mother Belma, who stopped her little baby boy from going to play football in the field which got bombed a few minutes later, we would have never witnessed Edin Džeko take up the field or witness his Chelsea FC transfer update. The incident happened during the Balkan war days.

It goes back to 1992, the Bosnian War of Independence which stretched from three years until 1995. It was one of the most horrific junctures in the Balkan history as Bosnian Serbs and Croats fought over ethnicity. Sarajevo, the capital of Bosnian and Herzegovina and hometown to Edin Džeko was one of the worst damaged places from the war. He struggled for life as a child and to make it into the most famous names in the football fraternity.

On 31 March 2014 Džeko married his girlfriend Amra Silajdžić who is a Bosnian model and actress. She is two years older than her man. 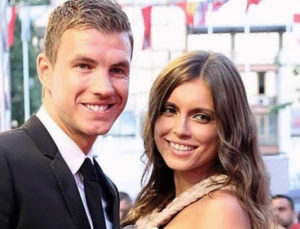 Amra was once married to a very young Serbian businessman, Vladimir Vičijentijević, with whom she has a fourteen-year-old daughter, Sofia. They two realized that a good divorce was better than a bad marriage and everyone went on their way.

The love affair Amre Silajdžić and Edina Džeke began in 2012 while he was in Manchester City. Nearly a year they speculated on their relationship, they were silent, and their relationship was announced by sharing photos on Twitter.

In February 2016, he became a father of a girl named Una. His second child, a boy named Dani, was born in September 2017.

Edin Dzeko stated that his family was always supportive throughout his career, especially his father, who took him to training sessions while he was at Željezničar. 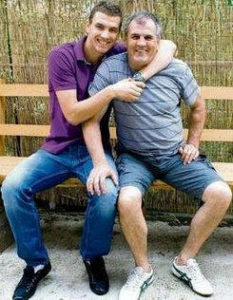 His father also played professionally in Bosnia and Herzegovina. Džeko Snr is considered a superstar in Sarajevo. 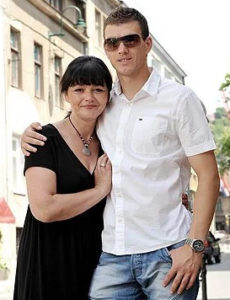 SISTER: Merima Džeko is the look-alike sister of Edin Dzeko. She is not only his sibling but also his childhood best friend as both spent lots of time together while growing up. 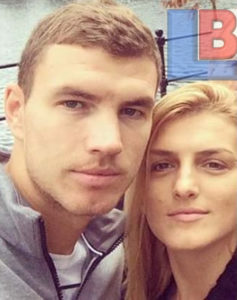 Below is a manifestation of the fact that Edin and Merima have been best of pals. 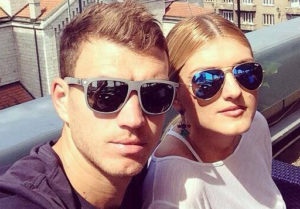 The photo above was taken in Bosnia.

We’ve found Edin Dzeko has the following attributes to his personality. 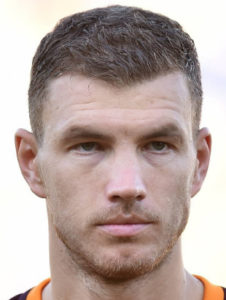 Edin Dzeko’s Weaknesses: Edin could be Fearful, overly trusting, he sometimes gets sad out of little reasons and have the desire to escape reality.

What Edin Dzeko dislikes: Know-it-all, being criticized, the past coming back to haunt him and cruelty of any kind as he had seen in the Bosnian wars.

In essence, Edin Dzeko is very friendly and often find themselves in a company of very different people. He is also selfless, always willing to help others, without hoping to get anything back. His emotional capacity sums up his totality.

Edin Dzeko once had the bare cheek to pull down an opposing player’s shorts in a bizarre twist to his country’s match with Greece which happened in the year 2016. The Bosnia-Herzegovina captain ended up seeing red when he was subsequently sent off. 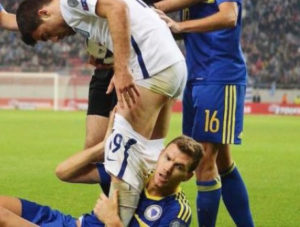 The incident happened in the last 10 minutes of the World Cup qualifier when Dzeko’s team were leading 1-0. It started when the former Manchester City player, now at Roma, went down under a challenge from Sokratis Papastathopoulos just outside the opponents’ penalty area. The Greek’s shorts were pulled down as he attempted to wrestle the ball out of Dzeko’s grasp, resulting in an altercation involving most of the players from both sides as well as both teams’ technical staff.

Dzeko, who was already on a yellow card, was sent off by the referee, Jonas Eriksson, while Kyriakos Papadopoulos was given a straight red for pushing in the skirmishes after the initial incident. Greece went on to get an equaliser in injury time with both teams reduced to 10 men.

“I got a red card for no reason, I don’t know why,” Dzeko said afterwards. “The referee says I started the whole thing, but I was the only one ending on the floor, so how could I have started it? 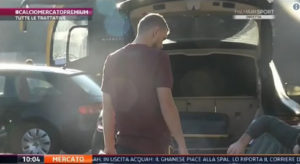 This made lots of fans to turn up their flight tracking apps and airport information searches just to known if Edin Dzeko appears to be on the move to London. Presumably, his destination, to be somewhere in the Surrey area, a place we might know as Cobham, where medicals and signings usually take place for Chelsea Football Club. It was Italy’s Mediaset Premium channel that first published this piece. Their report adds that Dzeko was accompanied by his sister, as well as his agent Silvano Martina.

Džeko began his career at Željezničar, playing as a midfielder between 2003 and 2005, but with little success playing in that position. He was widely regarded as too tall, and with poor technical abilities. Džeko’s coach at the time though, Jiří Plíšek, saw his potential and when Plíšek returned home, he advised another club, Teplice to buy the poor lad.

Željezničar accepted a bid of just €25,000 for Džeko, one of Željezničar’s directors saying years later, “[we] thought we won the lottery”. He had a loan spell with Ústí nad Labem in 2005, during which he scored six goals in 15 games. Later that year, he moved back to Teplice, staying there until 2007. With 13 goals in 30 games, he was the second-top goalscorer of the Czech League in the 2006–07 season. Due to his performances, VfL Wolfsburg manager Felix Magath signed him for €4 million. He scored lots of goals at the club. This made his name on the first shopping list of scouts.

After heavy speculation, Roberto Mancini, manager of Manchester City, confirmed on 3 January 2011 that a fee of £27 million (€32 million) had been agreed with Wolfsburg for Džeko, which was City’s second highest transfer figure, after Robinho‘s £32.5 million (€42.5 million) move from Real Madrid in 2008. The rest, as they say, is now history.

FACT CHECK: Thanks for reading our Edin Dzeko Childhood Story plus untold biography facts. At LifeBogger, we strive for accuracy and fairness. If you see something that doesn’t look right in this article, please place your comment or contact us!.