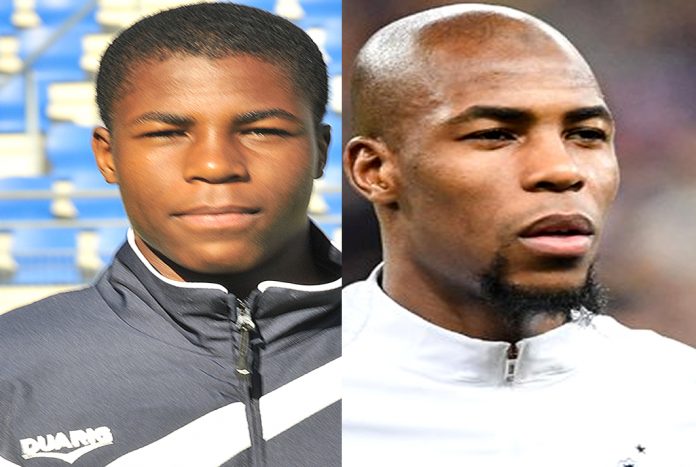 LB presents the French Football Genius who is simply known by the name “Sidibe“.

Our Djibril Sidibe Childhood Story plus Untold Biography Facts brings to you a full account of notable events from his childhood time to date.

The analysis of the French 2018 FIFA World Cup winner involves his life story before fame, family background, relationship life, and many other OFF-Pitch facts (little known) about him.

Yes, everyone knows that he was a part of the 23 men French squad that won the 2018 world cup in Russia but only a few consider Djibril Sidibe’s Bio which is quite interesting. Now without further ado, let’s Begin.

Djibril Sidibé was born on the 29th day of July 1992 in Troyes, France. He was born to a father of African descent as his last name suggests (Sadibe is a Fulani surname typical with Mande ethnicity).

On the other hand, there are no records of his Mother whom the odds are in favour of having African descent. Nevertheless, Sidibe is of French nationality.

Growing up in the medieval city of Troyes (pictured below) which is best known for its vineyards, Champagne and historical edifices, young Sidibe was actively involved in football.

This development saw him engaged in his hometown only football club; ES Troyes SC at the tender age of 8 in the year 2000. 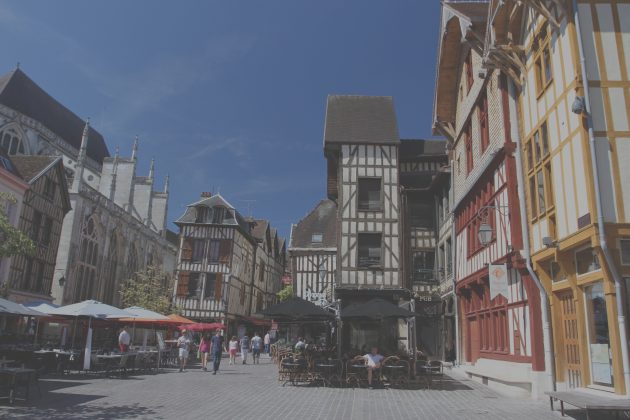 As proof of not just his irresistible passion for football but loyalty to the club, Sidibe committed the next 10 years of his life playing for ES Troyes.

This has gone into records as the only club where the football genius had his youth career and made his professional debut in 2010.

Worthy of mention is the fact that he did not leave the club the way he found it as his contributions helped promote the club from the third division to Ligue 1 top-flight.

This happened before he set his sails for more professional experiences at Lille when he was aged 19.

Sidibe (pictured below) made his debut for Lille in 2012. Playing in the capacity of right-back cover, he helped his side equalize and score avenging goals when they needed it most.

After spending 4 years with the club, he left for As Monaco in July 2016 with a  record of 7 goals in 96 appearances for Lille. 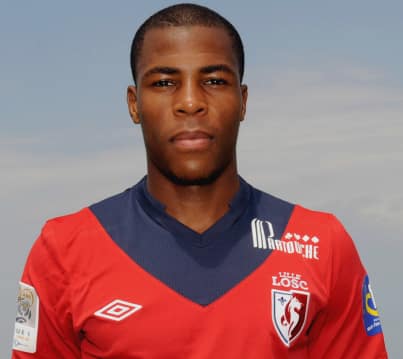 It was at AS Monaco that Sidibe who had long been on standby for France UEFA Euro 2016 Squad got his call-up for international appearances. 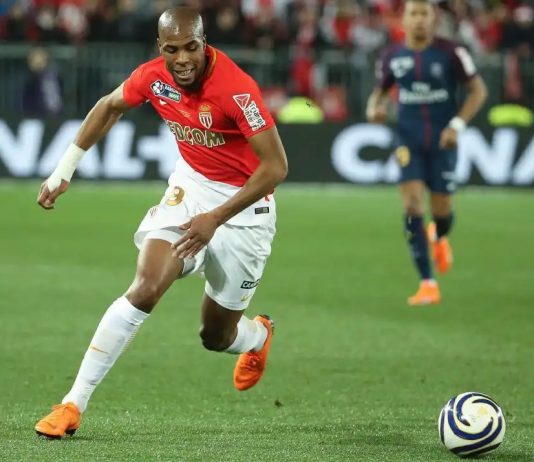 First was during a friendly match against Italy and a Russia 2018 FIFA world cup qualifier against Belarus.

Subsequent international engagements saw him score his first international goal during a friendly against England in 2017 and were in May 2018 included among the 23 men French squad that won the Russia 2018 FIFA world cup for France. 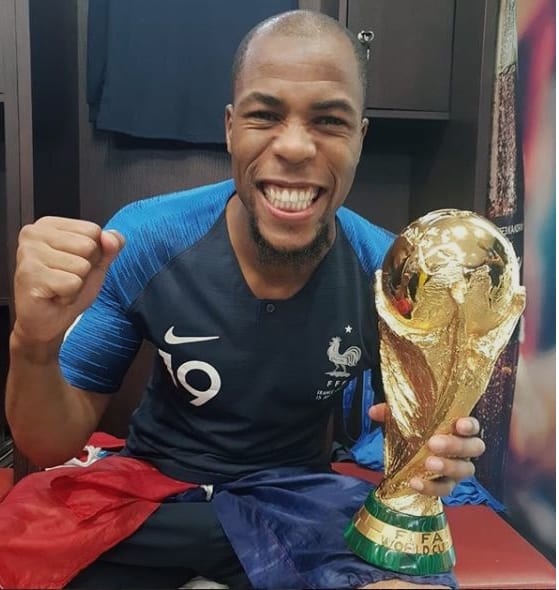 Behind every successful French player is a wag or girlfriend that identifies with her man. However, Sidibe is notorious for keeping his personal life private.

This raises questions as to whether he has had any relationship life or is only focused on building a career.

While speculations rage on and opinions differ one thing remains clear; it would not be long before his relationship life is revealed and we would do our best to keep you abreast of developments as they occur.

For one who is career centred, Sidibe’s personality is a function of what he brings to the field of play.

He is creative as exemplified by his ability to not only function well as defender and master of both flanks but ventures into the offensive phase to offer himself as additional support. 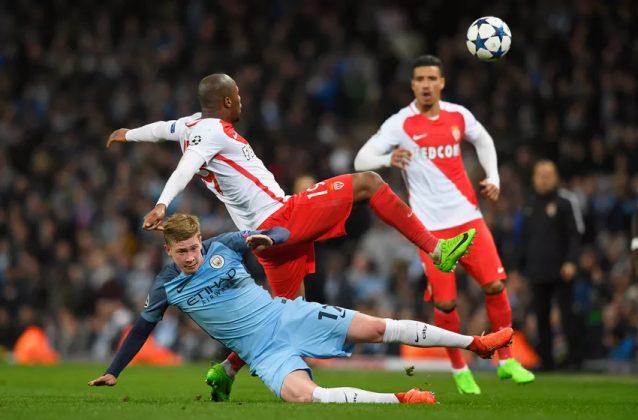 He’s also cheerful at training and in the dressing room, providing comic relief that makes training seem less tasking as well as eases tensions for his teammates when they need it most.

However, he hates and dreads being ignored, a trait that influenced him to shun Arsenal for As Monaco because he feared might not be accorded enough playtime at the English club. In his own words:

“I hesitated a lot with Arsenal, but in terms of game time, I knew it would be very limited — between 15 and 20 matches.

That wasn’t formally said to me, but I made a plan in my head because there was quite strong competition”.

To cap it all everyone loves holidays and Vacations but no one loves them most like Sidibe who knows how well to utilize his in enjoyable activities. 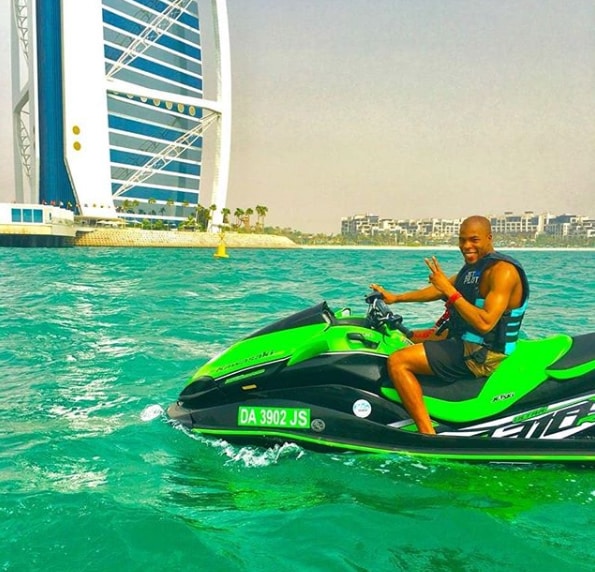 While Sidibe strives to keep his personal life private his social media activity speaks volumes of one who is seeking career advancement.

Starting off with his Facebook page which is flooded with posts detailing his football endeavours to his Instagram page that mirrors happenings on the former, he never ceases to keep fans and followers abreast of updates.

In spite of his career centred posts he interestingly has almost half a million followers on Instagram and over 46 thousand followers on Twitter where he is less active compared to the other two.

Sidibe is a Muslim and has gone lengths to make known his religious affiliation on the pitch of play especially by giving thanks to his creator during clubs and national games to celebrate goals he worked for. 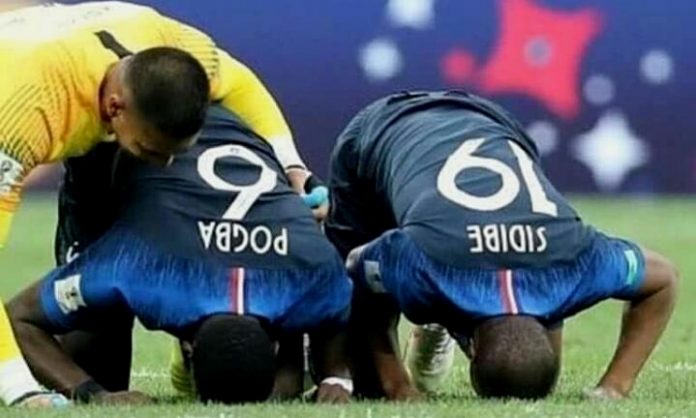 FACT CHECK: Thanks for reading our Djibril Sidibe Childhood Story plus untold biography facts. At LifeBogger, we strive for accuracy and fairness. If you see something that doesn’t look right in this article, please place your comment or contact us!.