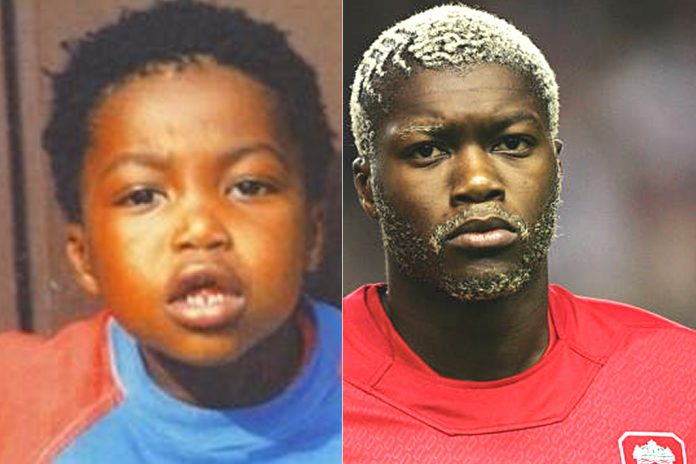 LifeBogger presents the Full Story of a retired Footballer who is best known by the cool Nickname; “Blond Beard”.

Our version of Djibril Cisse’s Biography, including his Childhood Story, brings you a full account of notable events from his boyhood days. We then proceed to tell you how Djibril Cisse became famous.

The analysis of the Ex-Liverpool Legend’s Bio involves telling you his life story before fame, family life and other little-known facts about him.

Yes, everyone knows about his physical looks and post-retirement career, but not many soccer lovers have read Djibril Cisse’s Bio, which is quite interesting. Now, without further ado, let’s Begin.

For Biography starters, Djibril Cisse was born on the 12th day of August 1981 in Arles, France. He was born to his mother, Karidiata Cissé, and father, Mangué Cissé.

Both are Ivorian parents. Djibril was the seventh and last child of his family.

He started kicking a football as soon as he could walk thanks to his father and former footballer who groomed him into liking football as his one and only sport.

In the year 1989, while he was age 7, Young Djibril signed a schoolboy contract with his local football club, AC Arles which got renewed every 1-2 years as he made significant progress and grew up his team football rank.

After seven years at the club and in a bid to get a better experience, Cisse switched between different club youth systems.

He finally graduated from the first team of Auxerre club youth system in 1998.

After playing for Auxerre for six seasons, scoring 90 goals in 166 appearances, he moved to Premier League club Liverpool in 2004. The rest, as they say, is now history.

The French footballer had always been a target for interracial dating owing to his blonde hair which was the catalyst for white ladies who circled around him like sharks.

After he became a Liverpool player, people knew it was only a matter of time before he gets hooked up.

After few weeks after joining Liverpool, Djibril Cisse started a serious relationship with a former hairdresser, Jude Littler who hails from and grew up in Anglesey, an island in Wales. 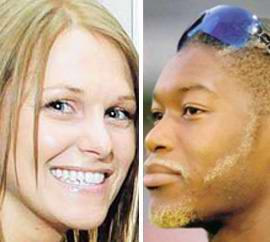 More so, the party had around 200 guests, including some of the globe’s biggest-name at the time, such as Steven Gerrard, Zinedine Zidane and Thierry Henry.

Cissé dress look was deemed unique and indeed admired by every Liverpool fan. He got married in a tuxedo in the red of Liverpool, all thanks to his wife and Liverpool fan who made sure he wore her club’s colour.

It was estimated that Millionaire Cisse had a £100,000 fairytale wedding at Bodelwyddan Castle in 2005 before moving into a Cheshire manor house.

Prior to their wedding, the couple had three children namely; Cassius, Prince Kobe and Marley Jackson. More so, Cissé has a daughter, Ilona, from a previous relationship. 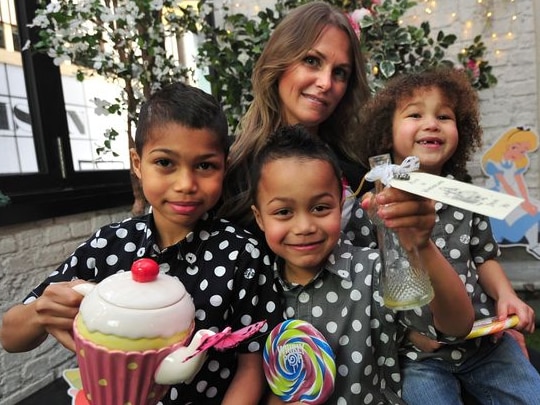 The couple divorced in October 2014 after 7 years of marriage due to infidelity. Their joint ventures, including the footballer’s monies, were split fairly.

Shockingly and without Cisse knowing, Jude Littler, his ex-wife, marked her divorce with a party and a divorce cake, which shows a decapitated groom. 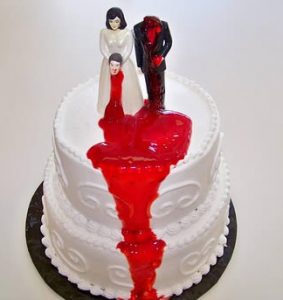 She even went on to take their kids to a BBC5 Show to talk about her heartbreak over the split, saying it had left a “pain that will never go away”.

While Jude’s appearance on the show prompted support on social media from people praising her, she also came under fire from Twitter users who accused both her and the women on the show of doing the act of “gold digging”.

Upon hearing about the show, Cisse launched into an angry rant against Jude on Twitter and said he was furious she had allowed their three children to be filmed on live TV while discussing her marriage.

Djibril Cisse further responded in three separate posts. He said: “OMG, u go crying that u don’t have enough money to raise the kids, and u go flashing on cars f…… Joke u r a disgr*ce.”

Don’t worry I will tell my side of the story. U cant full people like this u p*nk…“ Showing off the kids on national tv what a joke. This is a f….. Disgrace. I will not accept this c***.”

Moving on with Marie-Cecile Lenzini:

After much post-marriage debate, both parties moved on for good. Cisse later shared a photo showing him with new love Marie-Cecile Lenzini, writing:

“After 4 years, u still talking about me? Get a life, do like me, find love.” 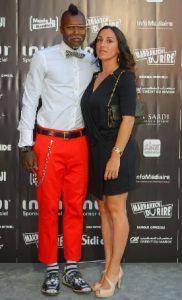 Again, Marie-Cecile Lenzini just like his former wife became a lover and inherited the blonde beards. 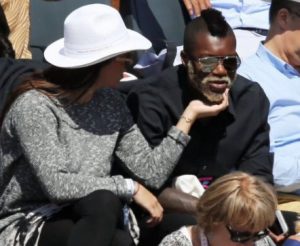 While Cisse moved on, he made sure his children got the best of him.

Today, Cassius Cisse, the first child and son of Djibril Cisse, is following in his father’s footballing footsteps. As I write this Bio, he is currently signed with League One. 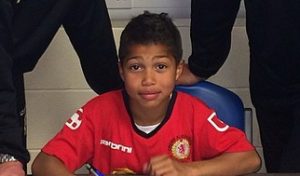 Cissé was born to Ivorian parents in France with a wealthy family background. Many members of his family, including Jibril Cisse, converted to Roman Catholicism from Islam.

Mangué Cissé Djibrila was an Ivorian footballer who played as a defender. In 1970 he reached the semi-final of the Africa Cup of Nations.

He died on 30 September 2009 after a long-term disease. Below is a photo of Djibril Cisse and his father.

His late father, Mangué Cissé (pictured above), was a professional footballer and had captained his country before his parents moved to France in 1974.

A lot is not known about Djibril Cisse’s mother, Karidiata Cissé, except for the fact that she is a full-time stay-at-home parent.

Cisse has the following attribute to his personality. 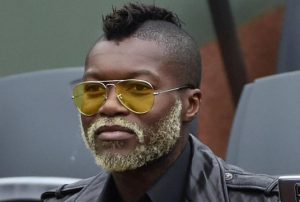 Djibril Cisse’s Weaknesses: He could be arrogant, stubborn, and inflexible.

What Djibril Cisse dislikes: Being ignored, facing difficult reality, not being treated like a king.

In summary, Djibril Cisse is dramatic, creative, self-confident, dominant and extremely difficult to resist. He is also able to achieve anything he wants to in any area of life they commit to.

Lots of internet users have searched the term; Djibril Cisse tattoo and their meanings. The truth is; Djibril Cisse’s body is flooded with tattoos.

He has more than 40 works of art adorning his skin with floral designs, Chinese symbols and a spider’s web to a pair of wings and his children’s names.

Djibril Cisse tattoo Djibril Cisse has a celebrity attachment. He never shies away from the attention which involves showcasing his body. 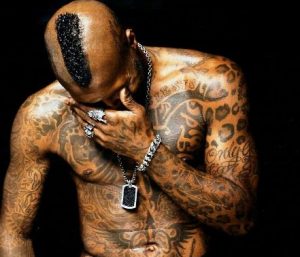 The Frenchman, who retired in 2015, later decided to make a U-turn on his retirement decision.

After hanging up his boots finally, Cisse began concentrating on building a career in DJ, music, dancing and fashion.

More recently, Cisse recently anchored the popular Dancing With the Stars in France. Which is also known as Strictly Come Dancing.

He was the first male star to be announced for the show’s sixth season, according to Mirror. 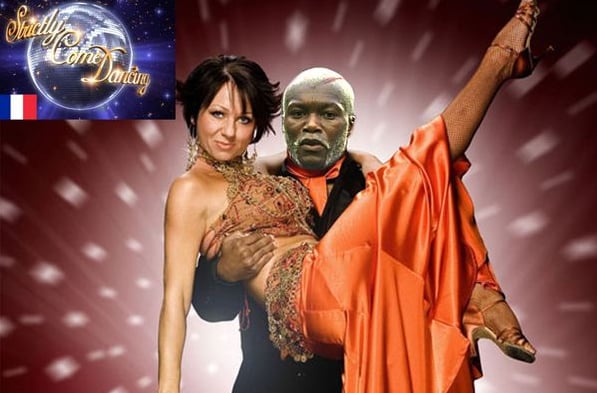 Lord of the Manor:

In 2005, after his move to Liverpool, Djibril Cissé purchased a manor house in the village of Frodsham, Cheshire, and in doing so, became Lord of the Manor of Frodsham.

Soon after buying the house, his decision to refuse the Cheshire Forest Hunt permission to hunt on his land received substantial press coverage.

Cisse outraged locals by banning any act of hunting. He banned hunters from riding across his nine acres of land.

“I don’t care what they thought about me – I’m an animal lover,” he told The Guardian Sports.

After buying the mansion, Cisse inherited the title Lord of the Manor of Frodsham, which meant Jude became “Lordess”. 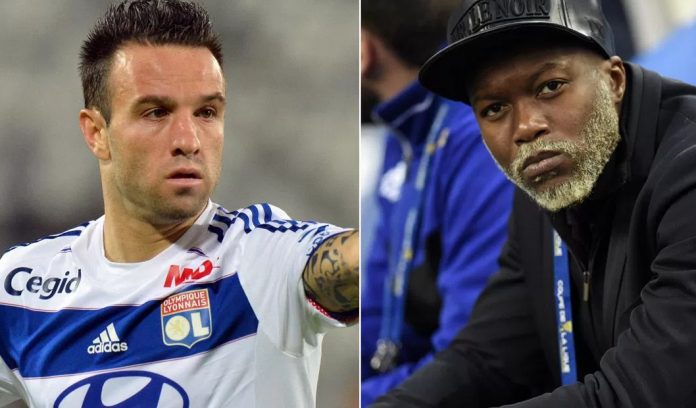 In October 2015, Cissé was one of four people arrested in France over an alleged attempt to blackmail an international footballer in a sex tape extortion plot.

The arrest came due to his suspected connection to a sex tape scandal involving fellow player Mathieu Valbuena, but he was released without any charges.

Cisse and Valbuena have been teammates on France’s international team. As well as at the club level for Marseilles between 2007 and 2009.

In the same issue, Karim Benzema, another soccer star, was also arrested in connection with the same blackmail sex tape scandal.

Cisse has denied any allegations, “I have nothing to do with it; Mathieu is a friend of mine,” according to France 24.

A French prosecutor said Cisse was questioned. Because he knew the others involved in the plot. But he was not thought to be one of the blackmailers himself. Cisse and Benzema narrowly escaped a five-year sentence.

It is unclear whether the tape in question actually exists and who appears in the video, but The Daily Mail reports it is said to feature Valbuena and a girl participating in the acts.

Thanks for reading our Djibril Cisse Biography.

LifeBogger strives for accuracy and fairness in our quest to deliver Classic Football Stories. Please stay tuned for more! The History of Adriano and Jose Antonio Reyes will excite you.