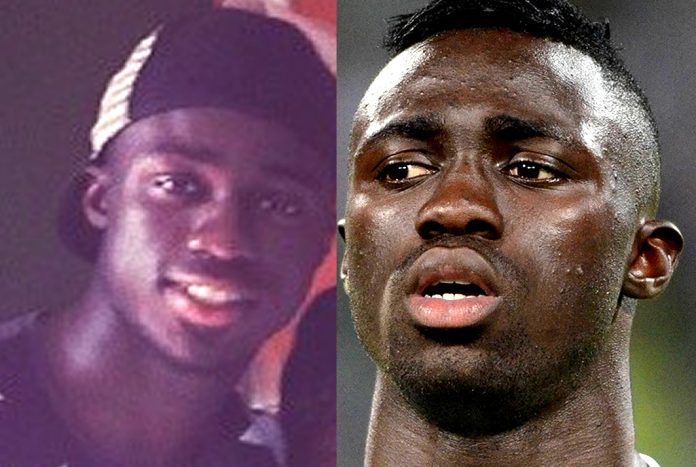 Lifebogger presents the Full Story of a Football Genius best known by the nickname “The Rock“.

Our Davinson Sanchez Childhood Story Plus Untold Biography Facts bring you a full account of notable events from his childhood.

The analysis involves his family background, life story before fame, rise to fame story, relationship and personal life. In addition, other off-pitch facts are little known about him.

Yes, everyone knows about his great defensive abilities. However, only a few consider Davinson Sanchez’s Biography, which is quite interesting. Now without further ado, let’s Begin.

For Biography starters, his full name is Dávinson Sánchez Mina. Davinson Sanchez was born on the 12th day of June 1996 to his mother, Esther Mina. He was born to a relatively unknown father in Caloto, a town in Colombia. Davidson was born into the Columbian Afro-American ethnicity.

As a child, young Davinson was raised in a strict Catholic way by his parents, who operated a middle-class family household.

While Sanchez’s father worked in the production section of a sugar mill, his mum, Esther Mina, pictured below worked in the sales department.

Sanchez was never alone during his early life. He grew up with his older sister Angelica Sanchez and a little brother named Felipe Sanchez who looks like the last born of the Sanchez family.

Davinson Sanchez shared much of his early childhood years being close to his family relative and his mum, who had a continuing role in her son’s life. 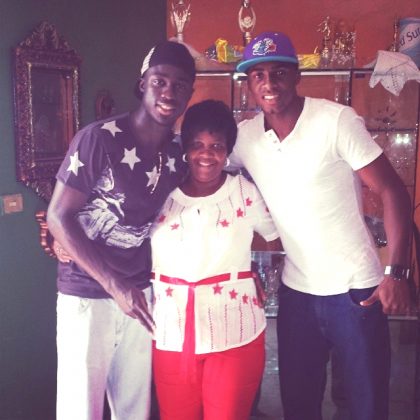 The roots of Sanchez’s love for the ball date back to his early days at Caloto, his small South American town.

Back then, he would travel four hours daily back and forth in order to attend training with his youth club America de Cali.

This left poor Sanchez frustrated about his dreams of becoming a professional footballer. This frustration also affected his relationship with his teammates.

At some point in his early life, Davinson Sanchez’s family had an improved standard of living thanks to a job offer in Medellín, Columbia’s second-largest city.

This also saw their youngster’s son relocating alongside his mum, dad, and siblings. In Medellin, Davinson had a successful trial at Athletico Nacional. 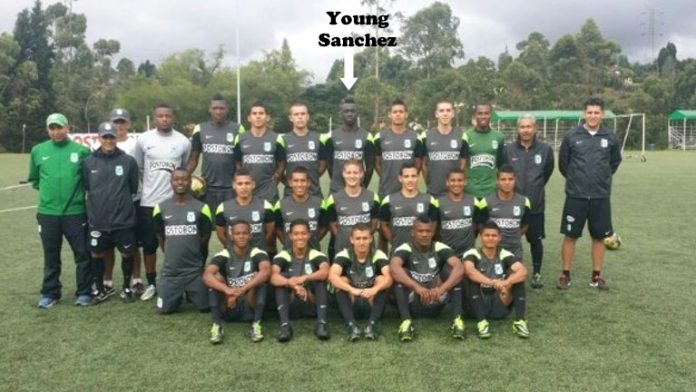 After a successful trial, Sanchez continued his football educated under the wings of Juan Carlos Osorio.

Osorio was able to instil discipline in Sanchez, whom many knew as a wayward and frustrated midfielder.

Sanchez gave everything he had, including his playing position. Carlos Osorio converted Sanchez into a centre-back after he performed all the responsibilities that were asked of him.

It took no time before Sanchez started integrating well with the players and everyone at the club.

Sanchez rose through all academy youth ranks and finally got himself promoted to the club’s senior side in 2013 when he was 17 years old. 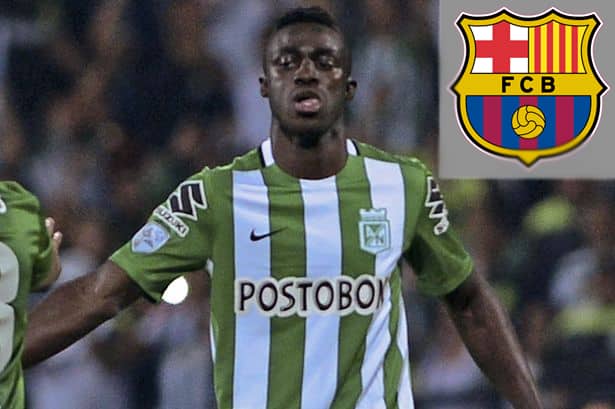 Due to his performances for Nacional, Sanchez saw Barcelona approaching him. Sanchez found Barcelona’s offer tempting but refused because the offer was for the club’s Team B and not the senior side.

Instead of getting carried away with transfer talks, Sanchez decided to focus his mind on creating a legacy for his South American club. This finally happened as he led his team to win the Copa Libertadores 2016.

That same month he won the trophy, European clubs came circling him like sharks. It was Ajax in June 2016, who won his heart and made possible, his journey to Europe. 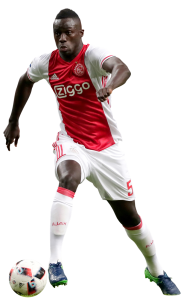 At Ajax, Sanchez swiftly adapted to their ball-playing, possession-based style with a pass success percentage of nearly 90%, the best in the league. 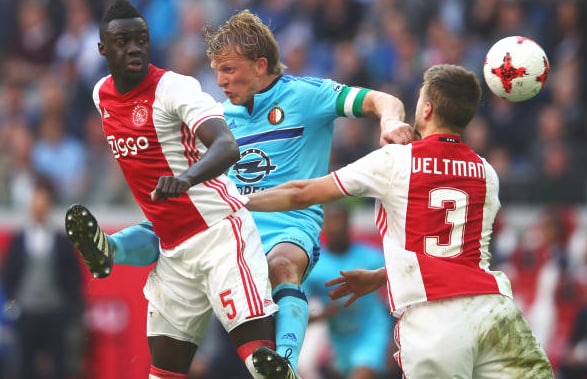 Despite standing at just 1.87m or 6.1 feet tall, the young Colombian became a dominant header of the ball in his defensive capacity. This feat attracted the premier league football club, Tottenham hotspurs. 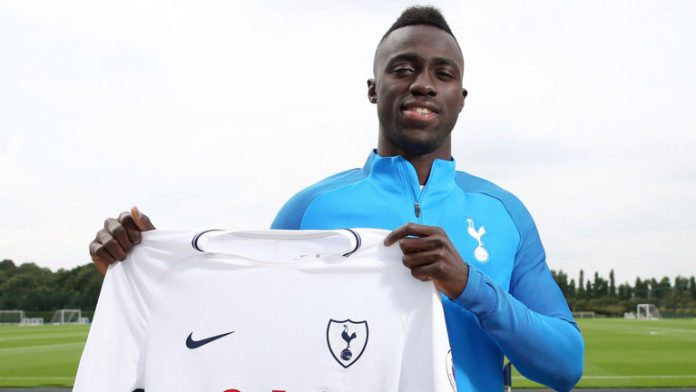 On 18 August 2017, Premier League club Tottenham Hotspur announced they had agreed to a deal for Sánchez.

The deal came with a whopping sum of £42 million, the highest money they have ever paid for a footballer. While at the club, Davinson Sanchez became known as a mobile and athletic central defender. 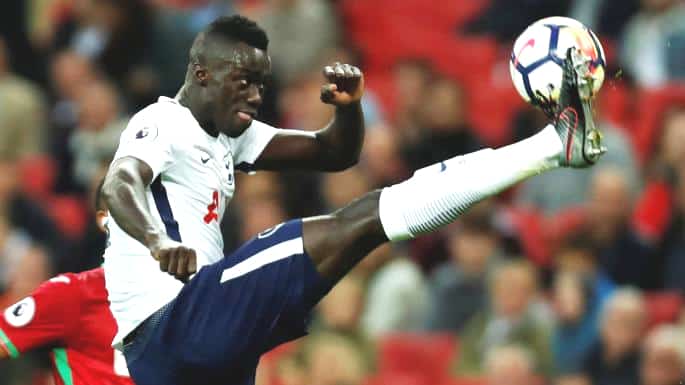 In no time, he became an instant hit in the heart of Pochettino’s back three. Ever since his Tottenham arrival, his tenacity and aggression have provided great support for fellow defenders.

Sanchez has been credited for providing defensive platforms which have helped Jan Vertonghen and Toby Alderweireld build from the back. The rest, as they say, is now history.

The Defender, like Luis Diaz, have stayed in love with someone from his country rather than in Europe and the UK. Davinson Sanchez has been in a relationship with his childhood sweetheart, who goes by the name Daniela Reina.

Despite having a millionaire boyfriend, Daniela Reina still accepts to work to earn her monies. She is the manager of a UK company as of the time of writing her husband’s Biography.

Sanchez is sociable, communicative and always ready to take his girlfriend to leisure gardens and parks. He looks beyond the typical dinner dates and movie outings. 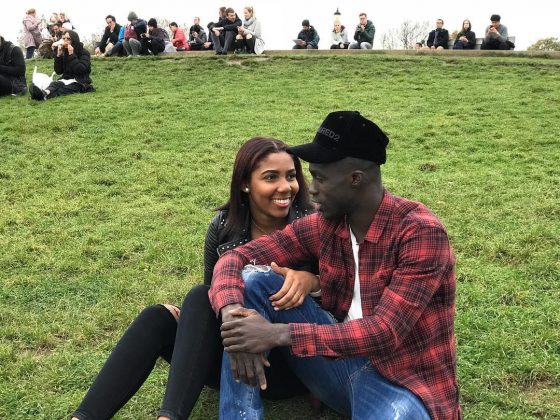 Around August 2018, he decided it was time to take a bold step in his life. Sanchez had his wedding with his longtime girlfriend.

Their wedding photos weren’t just beautiful. Without a doubt, it tells the story of their most memorable day. From the look on their faces, one would have an idea of what they’re talking about. 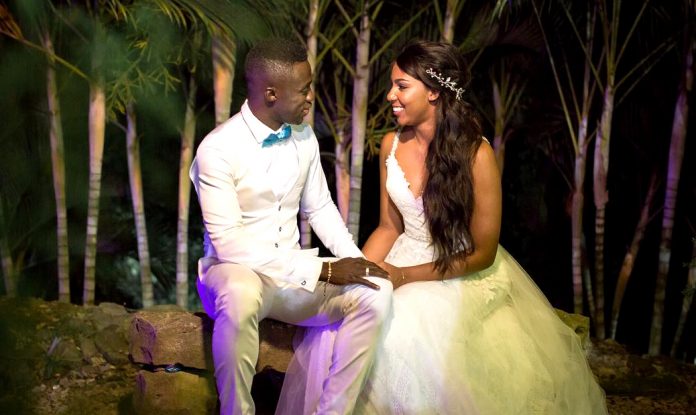 Sanchez has an expressive and quick-witted personality. Upon getting closer to him, one would notice two different personalities he has. 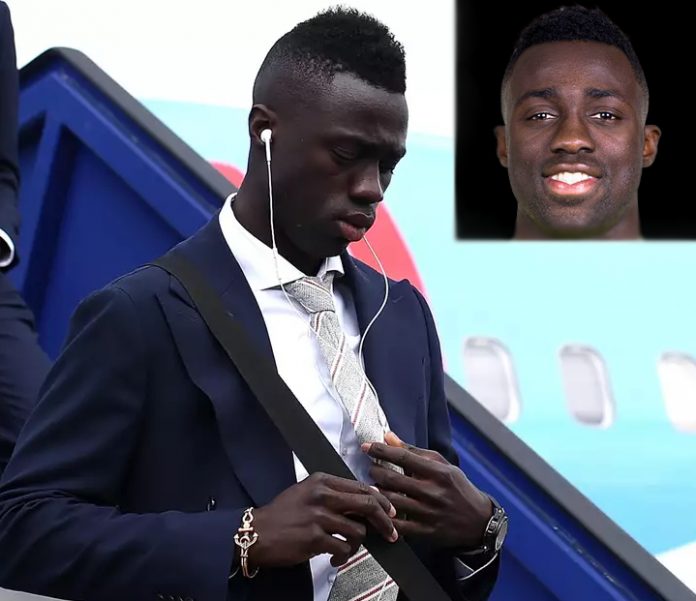 Sometimes, it is difficult to guess which one you will face. Sanchez could sometimes have a tendency to suddenly get serious, happy or even restless. 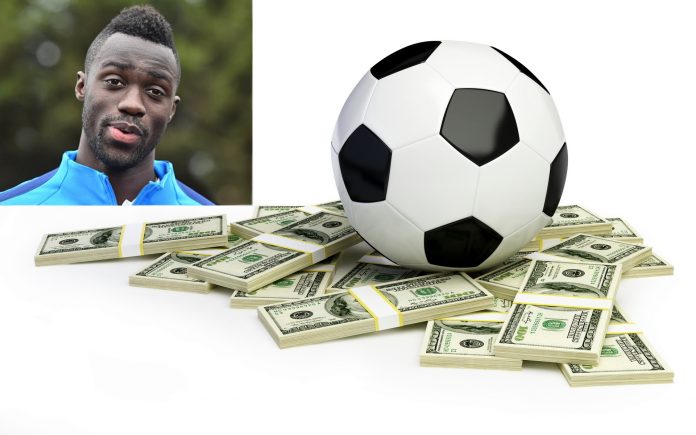 Becoming a footballer is rewarding, especially the shocking monies it brings to one’s bank account.

Despite that, Sanchez is extremely curious, with a constant feeling that there is not enough time for a footballer to experience the peak of their career. This explains the reason why he gives in his best week in, and week out.

Finally, by Sanchez has shown his ability to learn quickly and exchange ideas thanks to his adaptation to Dutch and English football. He is very comfortable with his white Mercedes, which he currently rides at the time of writing his Biography. 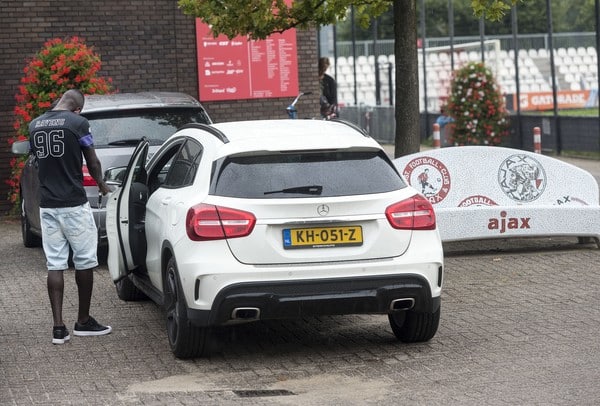 Thanks for reading our Davinson Sanchez Biography, including his Childhood Story. At LifeBogger, we strive for accuracy and fairness as we deliver you Colombian Football stories.

Please stay tuned for more stories of the Los Cafeteros. The Life History of Jhon Duran and Carlos Bacca will excite you.