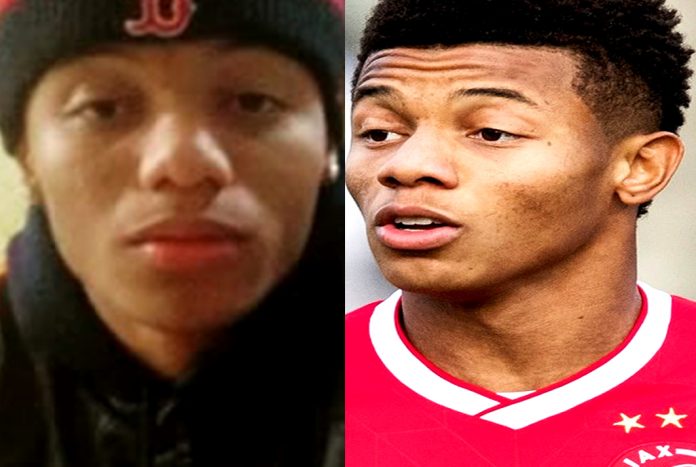 LifeBogger presents the Full Biography Story of a Football genius with the nickname “Little Neymar“.

Our David Neres Childhood Story plus Untold Biography Facts bring you a full account of notable events from his childhood time to date.

Yes, everyone knows of his speed, flair and dribbling skills. However, not many soccer fans have read David Neres’ Biography, which is quite interesting. Now, without further ado, let’s begin.

For starters in his Biography story, David Neres Campos was born on the 3rd day of March 1997 at Perus in Sao Paulo, Brazil. He was born to a mother who worked as a cleaner at the time of his birth and to a father who painted chandeliers.

The Brazillian national of black ethnicity with Afro-American roots was raised at his hometown in Perus, Sao Paulo, where he grew up alongside his brother, Vinicius (not Vinicius Junior) as well as two sisters, Kim and Ingrid.

Perus in Sao Paulo was, at the time of Neres’ early life, a poor and drug-infested neighbourhood where kids from poor homes could be easily influenced to embrace the lucrative business of drug peddling.

Thanks to effective parenting, Neres was constantly counselled by his dad and mom to stay clear from drugs and focus on schooling, an endeavour which he blended with playing street football.

Although Neres came from a lower-class family background, he was educated at private schools courtesy of grants awarded to him for his outstanding academic performances.

By the time Neres was aged 10, his father guided him to begin building a career in football by getting him had enrolled at the youth systems of São Paulo FC.

Thus began Neres’ journey towards professionalism and gradual forfeiture of childhood activities that include playing with tolls and marbles, flying multicoloured kites as well as listening to fables.

While at São Paulo youth academy, Neres steadily rose through the ranks and experienced his first major setback when he sustained a shoulder injury in February 2016.

The then 19-year-old was sidelined for months until he was certified as fully recovered.

Following the recovery, Neres was promoted to the club’s main squad by its former manager, Ricardo Gomez, in August 2016.

The promotion was not unconnected to the top form Neres exhibited before sustaining the injury.

Moving on, Neres made his first team and Serie A debut for Sao Paulo FC on the 17th of October 2016. The impressive performances which he put up during the match helped steer his team farther away from relegation.

He went on to establish himself as a homegrown goal-scoring sensation and became sought after by Dutch club Ajax where he moved to for a reported transfer fee of €12 million in January 2017.

Ajax have announced that he joined Ukrainian Premier League side Shakhtar Donetsk after winning six trophies with the club. Following the 2022 Russian invasion of Ukraine, he fled the country.

UEFA president, Aleksander Čeferin, was personally involved in helping to facilitate David Neres and other footballers in Ukraine in returning to safety. On 20 June 2022, The Brazilian footballer sealed a five-year contract with Benfica. The rest, as they say, is history.

Neres is yet to be married at the time of writing. We bring you facts about his dating history and present relationship status.

To begin with, Neres is not known to have had any previous relationship before he met his German girlfriend and model, Kira Winona.

The lovebirds began dating in 2019 after Neres sent her a private message on Instagram.

Speaking months later to Het Parool about his relationship life, Neres revealed how he met his wife in the following manner:

‘I found here on Instagram and sent a private message: “I am David Neres, come to me”. That was enough for a date.’

Winona is a fitness instructor and model who commutes between London and Amsterdam. Asides from being a girlfriend to Neres she teaches the football genius German language.

No son(s) and daughter(s) have been born of their relationship, neither do both have any children out of wedlock.

Neres was born into a sports-loving family of six. We bring you facts about members of his family.

Neres’ mom was a cleaner who helped raise Neres and his sibling. She was a strong advocate of schooling who often advised Neres to take his education seriously and work towards achieving his goals.

It is for these reasons that Neres rewardingly bought a luxurious house for his parents at Pirituba, a good neighbourhood in Sao Paulo.

Neres’ dad was a painter of chandeliers. He is credited for playing a major role in the life of the football genius by taking him to school and football games.

The supportive dad, who often advised Neres to be sensible, would often skip eating in order to ensure that Neres is neither late to games or school.

Neres has three siblings whom little is known about. The siblings include a brother, Vinicius, who looks older than the football genius. On the other hand, his sisters – Kim and Ingrid – are beauties with natural brunette hair.

Away from Neres’ immediate family life, not much is known about his grandparents’ uncles and aunts, including his cousins’ nephews and nieces.

What makes David Neres tick? Sit back as we bring you makings of Neres’ personality to help you get a complete picture of him. To begin with, Neres persona is a blend of Pisces zodiac traits.

He is intuitive, artistic, gentle and doesn’t reveal much about his personal and private life.

His hobbies include spending time with friends and family, visiting the beach and playing cards. He also has an interest in playing indoor games. 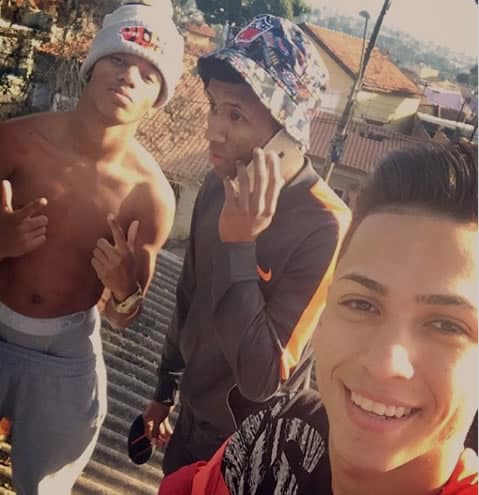 The Baller’s net worth is still under review. However, he has a market value of €32 million at the time of writing.

The forward lives a middle-class lifestyle and knows how best to strike a balance between spending and his earnings or salary.

The origin of Neres’ wealth outside football is unknown, while the true value of his house in Sao Paulo is yet to be fully ascertained.

Similarly, not much is known about the cars in his garage, as he is yet to be seen driving to award ceremonies or training grounds. However, he regularly travels by air in luxurious jets.

To wrap up our David Neres childhood biography, here are some untold facts that are rarely included in his bio.

Thanks for reading our version of David Neres’ Biography and Childhood Story. At LifeBogger, we strive for accuracy and fairness in our quest to deliver you the Biography of Brazilian Football Players.

The Biography Stories of Matheus Pereira, Douglas Costa, and Everton Soares would interest you.

If you find something that doesn’t look right in David Neres’ Bio, please share it with us by commenting below. We’ll always value and respect your great ideas.