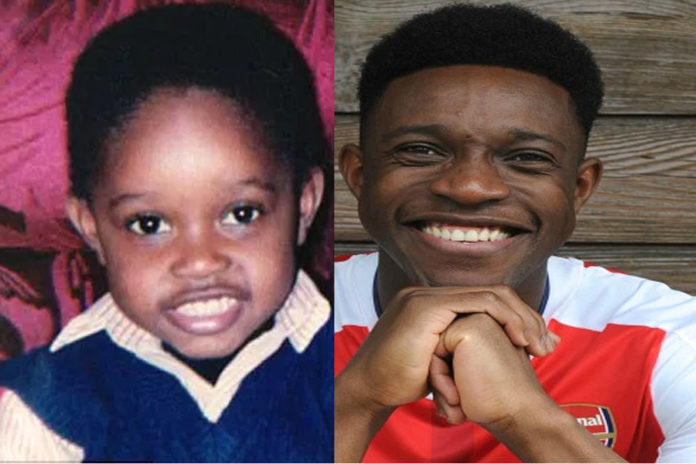 LB presents the Full Story of a Footballer who is best known by the Nickname; “dat guy welbz“.

Our Danny Welbeck Childhood Story plus Untold Biography Facts brings to you a full account of notable events from his childhood time to date. The analysis involves his life story before fame, family life and many other off-pitch facts.

Yes, everyone knows about his abilities, but few fans consider our Danny Welbeck’s Bio which is quite interesting. Now without further adieu, let’s Begin.

Daniel Nii Tackie Mensah Welbeck was born on the 26th day of November 1990 in Longsight, Manchester, United Kingdom. He was born to his mother, Elizabeth Tumtuo Welbeck and father, Victor Chris Welbeck. Both are his Ghanian parents.

Danny lived all his life in Manchester where he was birthed. He was first spotted by Manchester United as a six-year-old.

At eight years old, he impressed his local team Fletcher Moss, and was finally picked up by the Manchester United youth academy.

Danny Welbeck had two mentors while growing up in the Manchester United academy. He was trained by the first who is no other than Ruud van Nistelrooy. He was also mentored by the joint-most successful Irish footballer of all time. He is no other person than Roy Keane.

On 25 January 2010, Welbeck became Alex Ferguson’s son Darren Ferguson’s first signing as Preston North End manager as he took charge of the club in the 2009–10 season. It was at the club he realized he was injury-prone.

This was a time he started noticing swellings on his knee which needed surgeries to fix. His knee troubles still continued in his loan move to Sunderland. This made Man United call their very own back to let him have surgeries at the club’s expense.

On 2 September 2014, in the late hours of deadline day, Welbeck joined Arsenal on a “long-term deal” for a £16 million fee.

Stating the reason for his departure to a direct rival, Manchester United manager Louis van Gaal said “Welbeck doesn’t have the record of Robin van Persie or Wayne Rooney.

We let him go because of Falcao, but also to allow the youngsters to fit in. That is the policy.” The rest, as they say, is now history.

Danny Welbeck’s relationship life is hidden and very secretive. He is however alleged to have dated a Nigerian lady, Opeoluwa who is currently based in Canada. Danny met her during a vacation he had to Canada. 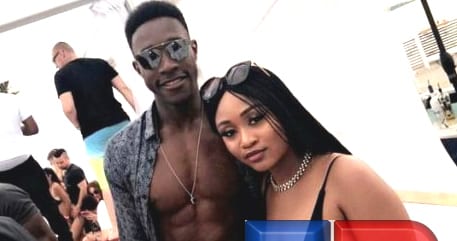 Opeoluwa is currently trending on Twitter after she posted a photo of herself with Arsenal striker, Danny Welbeck with a salty caption which got many football fans angry.

Opeoluwa captioned the photo; ‘Met Welbeck today and guys, he is a d**khead’ This incident happened after both parties have broken up their relationship.

The king of bants, Danny Welbeck replied with this photo below which forced Opyolowo to delete the photo she earlier posted.

Welbeck’s father hails from the Greater Accra region of Ghana and his mother from Nkawie in the Ghanian Ashanti region.

Danny Welbeck who comes initially from a middle-class background loves family and also love to spend his summer holiday in his native country, Ghana.

The British born boy has been spending time with his family – who reside in Ghana’s second-largest city, Kumasi. 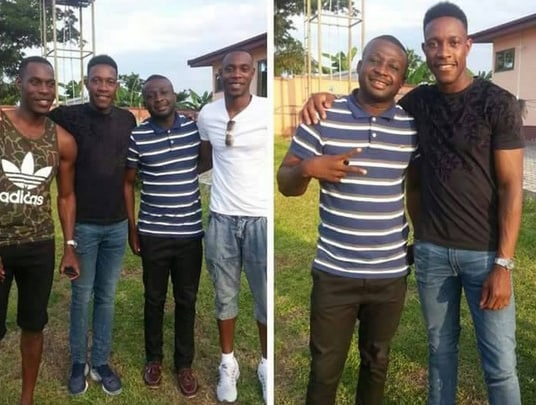 Danny Welbeck has the following attribute to his personality. 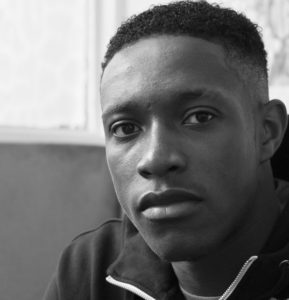 Danny Welbeck’s Strengths: He is Generous, idealistic and has a great sense of humour.

Danny Welbeck’s Weaknesses: He could promise more than can deliver, is very impatient, will say anything no matter how undiplomatic.

In summary, Danny is curious and energetic. His open mind and philosophical view motivate him to wander around the world in search of the meaning of life.

Welbeck’s memorable career was highlighted in 2011 when he teamed up with Black Stars trio Asamoah Gyan, Sulley Muntari and John Mensah at Sunderland on loan. 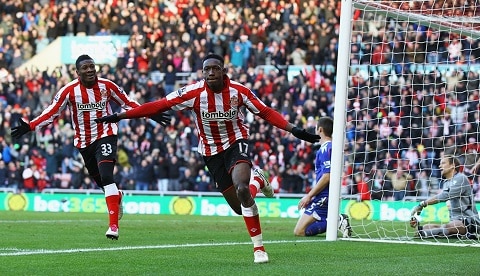 After several attempts by the three players to convince Danny to join the four-time African Champions, he refused to give in just like Mario Ballotelli who was also convinced severally by Muntari to naturalize for Ghana during their stay at Inter Milan.

However, the interesting fact about Welbeck was unveiled on 29 March 2011 when he was called up to the England Senior National team for their friendly fixture against his own country Ghana.

Danny replaced Ashley Young in the 81st minute of a 1–1 draw with Ghana at Wembley Stadium. Asamoah Gyan equalized for Ghana after Andy Carroll scored earlier. The boos from Ghanian fans got to Danny as he missed several opportunities to put England in the lead.

After the game, Welbeck said in an interview that…‘It was a bittersweet moment. I’ve got love for both countries but I can’t play for both,’ he said. ‘I kind of understand that (the boos) but I can’t make everyone happy.

‘I’ve been playing for England at every single youth team level so it was a natural progression to move up to the seniors. I am obviously delighted with my progress.’

What we would remember him for after retirement:

FACT CHECK: Thanks for reading our Danny Welbeck Childhood Story plus untold biography facts. At LifeBogger, we strive for accuracy and fairness. If you see something that doesn’t look right in this article, please place your comment or contact us!.