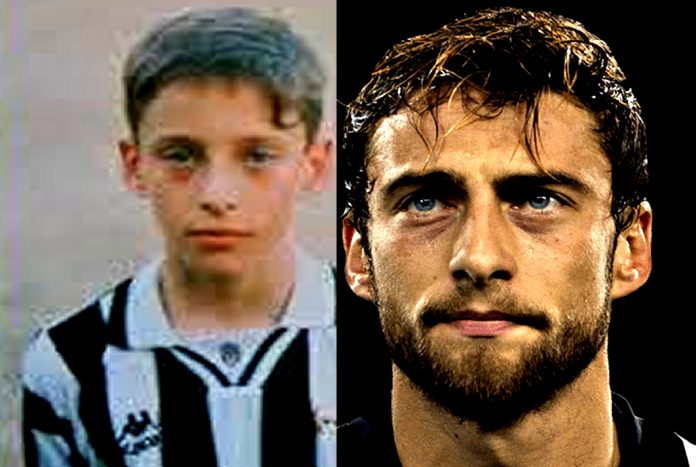 Lifebogger presents the full story of a Football Genius best known by the nickname “The Little Prince”.

Our Claudio Marchisio Childhood Story plus Untold Biography Facts brings to you a full account of notable events from his childhood time to date.

Yes, everyone knows of his unparallel loyalty to one club like Sergio Busquets and Marek Hamsik.

However, few fans have read Claudio Marchisio’s Biography, which is quite interesting. Now without further ado, let’s Begin.

For Biography starters, Claudio Marchisio was born on the 19th day of January 1986 in Turin, Italy. The Juventus Football Legend was born to his father Stefano Marchisio (a businessman) and to his mother, Anna Zimmardi (who helped her husband in running his business).

Growing up at Turin young Claudio was actively involved in Football. His love for the sport could be much considered as a family heritage owing to the fact that his entire family were staunch supporters of Juventus F.C.

It was natural that Claudio’s parents’ support for Juventus F.C. rubbed off on him as he in no time became a regular spectator at all games, (thanks to the season tickets procured by his parents) and much later became a ball boy at the Delle Alpi Stadium in Turin.

As wine tastes better with Age, Claudio’s interest in football got intense with time, a development which led to his enrollment at Fiat’s satellite sports club, now simply known as Sisport.

It was at sisport that Claudio put up impressive performances that caught the attention of scouts from Juventus who secured him a place at the club’s youth team when he was aged Seven.

While Claudio engaged his passion for football at Juventus Youth club, he was able to perform well in academics and in no time got to the point where he had to consider acquiring vocational skills as a Surveyor in case he doesn’t get to play football with the club’s first team.

However, his fears did not materialize as Juventus coach at the time, Fabio Capello gave him reasons to keep his hope alive through series of call-ups to train with the club’s first team during the 2004-2005 season. 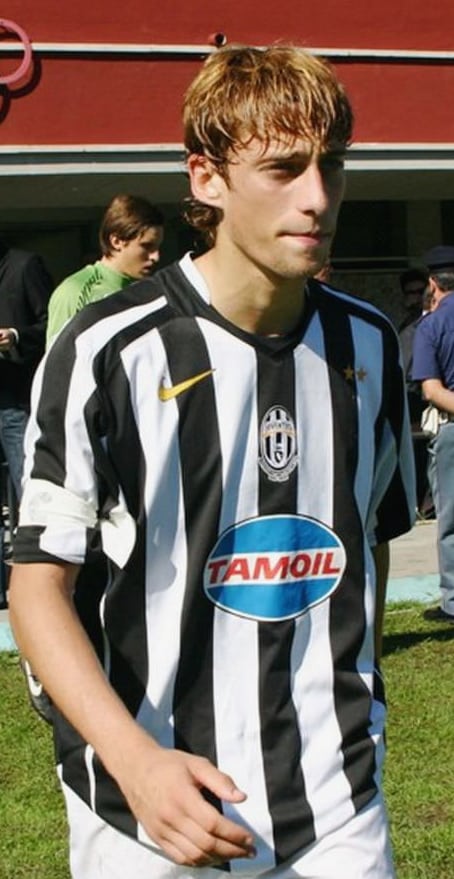 After a series of training with Juventus’s first team, Claudio was given a squad number and included in the club’s pre-season friendlies. Thereafter, he was promoted to Juventus’s First team and given the number 15 Jersey.

Claudio’s promotion brought good tidings as his career went nowhere but up. Subsequent endeavours saw him loaned out to help Empoli avoid relegation as well as return to Juventus in top form to help his side during their 2008-2009 campaign.

His impressive performances caught the attention of many, including Fiorentina striker Stefano Borgonovo who wrote his opinion about Claudio Marchisio in a sports paper. It read:

“Marchisio has everything needed to play at the highest level…[He] has personality, reminds me of the great Marco Tardelli.” 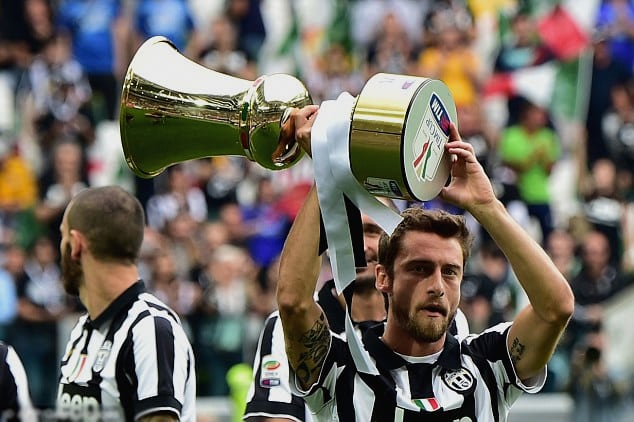 He is a player who once seemed to be indispensable to his club side and the national team. Marchisio took time out of his busy football schedule. To build a healthy relationship which resulted in Marriage.

The football genius met his wife, Roberta Sinopoli, in 2006 at a medical centre where he sought healing from an injury.

According to an interview granted by Claudio in 2007, their meeting was love, at first sight, adding that their relationship got to a point that he could not imagine living without her. 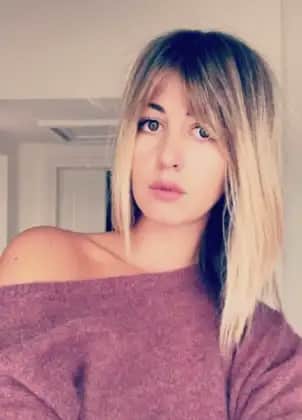 It wasn’t long before they moved in together and tied the Knot together in June 2008.

The couple have remained married ever since, and their union is blessed with two sons; Davide born in August 2009 and Leonardo, born in March 2012. 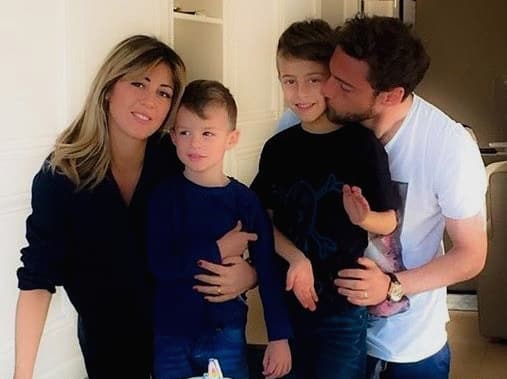 To show the extent of the love he has for his wife, Marchisio has his wife’s birthday tattooed. On the inside of his arm. That which he always kisses to celebrate every goal he scores.

Worthy of emulation by young football players is the personality which Claudio Marchisio brings to the field of play, an outward bearing that is characteristic of his life at Turin where he is based.

He is calm and exhibits outstanding maturity. Regardless of what situation he finds himself. As a result, no one has found cause to have a problem with his temperament.

In addition, his 10 years record of marital life has a lot to say about his unparallel loyalty. This is also evident by his resolve to dedicate his youth and prime to Juventus. Progressing from being known as “The Little Prince” to “The Prince”.

It is normal for football supporters to compare their current football idol with similar players who existed in another era, a development to which current football stars make an objection to by according honours to whom they are being compared to.

Claudio is not an exception. He was persistently labelled as the Marco Tardelli, an exceptional midfielder who functioned in the same midfield capacity as Claudio in the 1970s and 1980s as well as shared the same jersey. 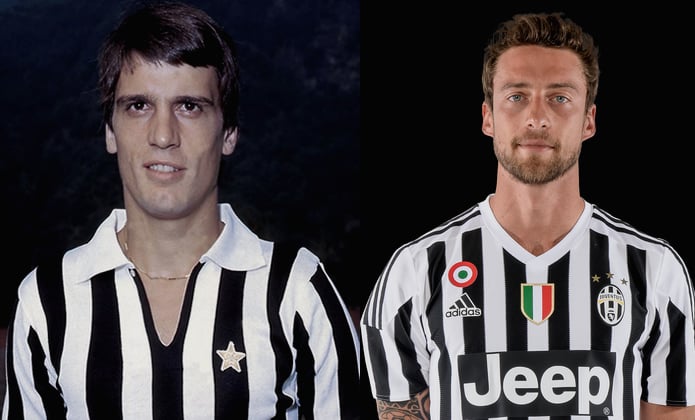 However, Claudio has dismissed the comparison insisting that his style of play has nothing to do with Tardelli.

The reason behind His Nickname:

Claudio Marchisio has been known for two variants of progressive princely titles. We bring details about his nicknames.

Starting off, he was first known by the nickname Il Principino (“The Little Prince“) by his teammates.

This is because they admired the way he dressed and composed himself on the field of play. Especially during the early days of his career. The nickname was later popularised by his club-supporting football commentator, Claudio Zuliani.

As time evolved, Claudio Marchisio attained hero status among fans. Those who considered “The Little Prince” to be a perfect description of their amazing midfielder.

Thanks for reading our Claudio Marchisio Biography. At LifeBogger, we strive for accuracy and fairness in our quest to deliver you Italian Football Stories. The Life History of Nicolo Zaniolo and Davide Zappacosta will excite you.