LifeBogger presents the Full Story of a Football Genius best known by the Nickname; “The New Makelele”.

Our version of Casemiro’s Biography Facts, including his Childhood Story, brings to you a full account of notable events of his boyhood days. We then proceed to tell you how Casemiro became successful.

The analysis of the Defensive Midfield GOAT involves his life story before fame, family life and many OFF and ON-Pitch little-known facts about him.

Yes, everyone knows about his defensive midfield abilities, but few consider Casemiro Biography, which is quite interesting. Now, without further ado, let’s Begin.

He came into this world through Venancio Magda de Faria Casemiro (mother) and Servando Casimero (father). Casemiro is the first son of his parents. He endured difficult childhood start in his biological fatherly-absence home [Full Story Contained in the article].

His super mum, Venancio did her possible best to give him an education. Hardship faced as an ordinary poor child prepared Casemiro for an extraordinary destiny that came through doggedness and determination to succeed.

During his childhood time in rural Sao Paulo, young kids took to football which as at then was a lifeline to riches.

Young Casemiro was no exception as he was able to multitask (mixing education and football) in the most aggressive way.

Did you know?… It was Nilton de Jesus Moreira, the owner of a popular soccer school who assisted Casimiro to get into his academy.

He felt great happiness and to date, is still thankful for the opportunity given to him by Nilton de Jesus Moreira and his family. He never disappointed them.

Casemiro fought so hard to become a useful product of São Paulo FC‘s youth system. From the age of 11 upwards, he acted as captain to its sides.

His awaited fame came when he participated in the 2009 FIFA U-17 World Cup where he performed greatly.

This was also followed by him leading São Paulo to win the Copa Sudamericana in 2012. Few Brazilians, the likes of Renan Lodi have won this trophy in the past.

This made him be in the watchful eyes and on the shopping list of scouts and club managers all over Europe. It didn’t take long before Real Madrid came calling for his services.

Casemiro comes from a poor lower-middle-class family background which was headed by only one parent, his super mother who is simply known as Venancio. Here, were give you a brief about his family.

Casemiro has a painful memory of his father who is still alive as at the time of writing. The steering wheel does not keep good memories.

Little Casemiro at age 5 saw his dad (Servando Casimero) angrily leaving his home as a result of a conjugal crisis with his mum. The patriarch never came back even after his son had made it.

When talking about his father during the chat with  Globoesporte, Casemiro said…“If I see him on the street today, I won’t recognize him. He had a serious fight with my mum when I was five and left the family for my mum to manage.

I’ve wanted to meet him because I have no grudge against him. It was what God wanted for me. That’s why I have always left it just the way it is”

Despite stating that he has no grudge from his father, Casemiro said he regrets having only had his mother during his creation.

In his words… “My mother was always with me, she always supported me and thanks to God I can help my family. I’m happy I had her by my side when I needed it most, “said the São Paulo player. “When I’m at home, my brother drops a few funk steps (laughs).” But we also have creativity. Lucas helps in choreography,” said Casemiro who is 6 years older than Lucas his brother and 12 years older than Bianca his sister.

Bianca Casemiro is an ardent watcher of Real Madrid matches. She loves to watch his older brother. According to her “It was like a movie”.

But actually real. She could chew her nails all 90 minutes while cheering for her oldest brother.

The couple tied the knot in June 2014. At the time Anna Mariana Ortega was 25 and Casemiro 22-years-old.

Beautiful Anna was born on 12th July 1989, meaning she is 3 years older than her footballer husband.

Anna is a leading figure in the Brazilian makeup industry. No wonder she’s always looking nice in her pictures. Below is a picture of her on duty.

The professional makeup artist comes from a popular Brazilian family. She is one of the four sisters of Anna Paula Ortega, Anna Carol Ortega and Anna Beatriz Ortega.

According to her Instagram page, she is also a Business Administration graduate. Anna is very active on social media.

She often posts selfies or pictures of her and her man sharing special moments together. They have a girl child named Sara Casemiro.

Casemiro Biography Facts – Once had a disease:

At age 14, Casemiro was diagnosed with Hepatitis. This was a time he arrived at the São Paulo club to take part in senior football. A time his health failed him. 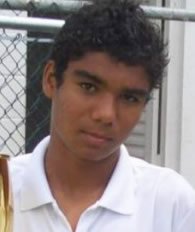 At that time, Poor Casemiro was very frail and sick looking. He spent three months without being able to practice. In his words…

“As soon as I got to São Paulo, I had this problem, a disease known as Hepatitis. I spent some time without training, without playing. I was restless and worried I had failed.

A lot of people talked to me about having peace of mind. At a point, I thought about quitting football even after I recovered.

My past and family sufferings strengthened me most to keep my career going.”

It didn’t take long before the once poor and on time unhealthy star started swimming in monies. Ball-winner par excellence and an efficient distributor who has built from Makelele. Similar trends have followed for both Casemiro and Makelele. Makelele won two La Liga titles and one Champions League during his three years at the Santiago Bernabeu before leaving for Chelsea after a pay dispute.

It was an impeccable period of achievement, one that would not be repeated after his departure.

This was refuelled by Casemiro who have added aggression, dogged tackling, power and tactical defensive midfield intelligence have been appreciated by Real Madrid fans. The question is; Who is better between Casemiro and N’golo Kante?… Between Casemiro and Kante, who is better? Kindly provide your answers in the comment section.

Casei we love u .. Big love & hug from KUWAIT