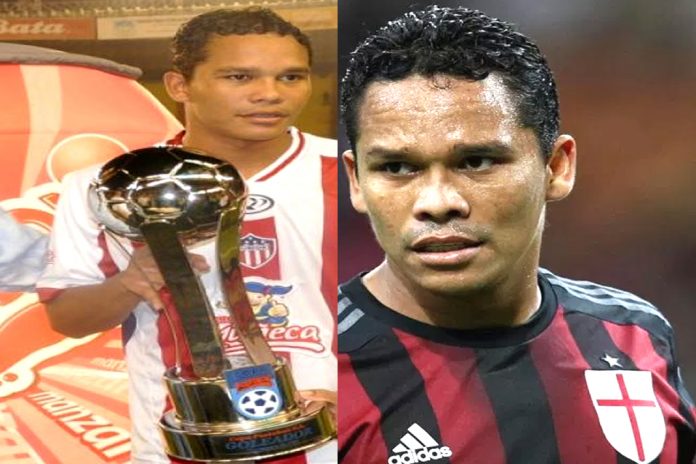 LB presents the Full Story of a Football Genius who is known by the nickname ‘The Wig’. Our Carlos Bacca Childhood Story plus Untold Biography Facts brings to you a full account of notable events from his childhood time to date.

Yes, everyone knows of his prolific goalscoring form but only a few consider Carlos Bacca Bio which is quite interesting. Now without further ado, let’s Begin.

Starting off, Carlos Arturo Bacca Ahumada was born on the 8th day of September 1986 in Puerto, Colombia. He was born to his father, Gilberto Bacca (a fisherman at the time of Carlos’ birth) and to his mother Eloisa Ahumada (who helped with selling fish). 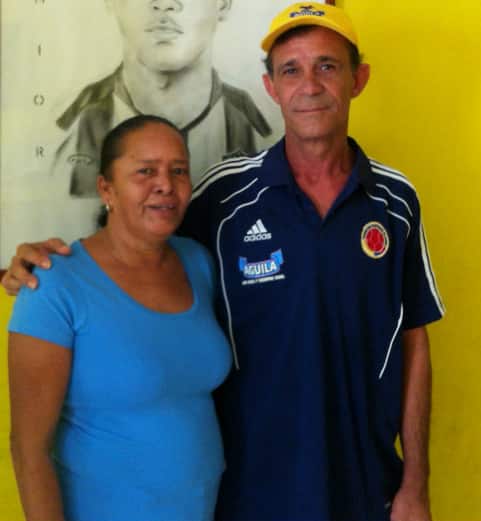 Growing up in Puerto, young Carlos had a challenging start to life owing to the fact that his parents were poor, as a result, he had to contribute his quota to ensuring the welfare of his family by accompanying his father for fishing.

Although Gilberto acknowledged Young bacca early sense of responsibility, he desired that his son focuses on football, a sport that came naturally to him in his early childhood. 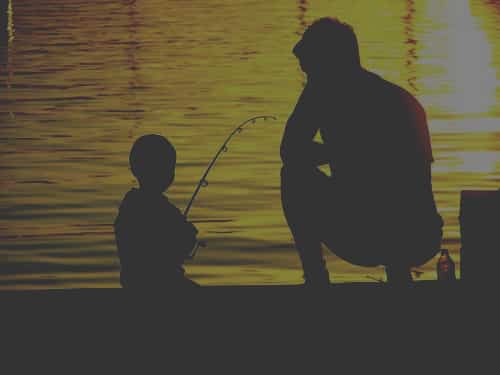 On her part, Carlos’ mother observed his penchant for football months after he took his first steps. 28 Years later she granted an interview recalling how destiny Beckoned to her son:

“Since he was three it was the (soccer) ball, only the ball. We bought him cars, but he didn’t want them, he only wanted the ball,”

Having a clue of what the future had in stock for their child was important, so was positioning him to ensure that opportunity meets preparedness. To that end, they enrolled him in school but Carlos always found a way to accord the better part of his time to playing football.

“He would stay with a couple other kids and they would head crosses, do scissor kicks… he trained himself,”.

Carlos’ passion only grew intense for the next 7 years, producing remarkable results that saw him secured entry into Atlético Junior in 2006. The move delighted his parents who had always wanted the best for their son. 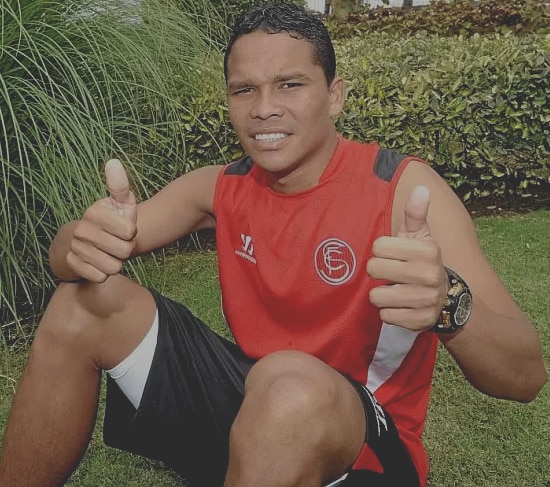 Carlos foray into the youth side of Atlético Junior did not take off well as he expected. Faced with a lack of enough playtime, he resorted to working as a bus driver assistant (a side job), in order to address his fast dwindling finances as well as take care of his parents who had done enough to support him. At some point, things got hard that he reverted back to fishing. 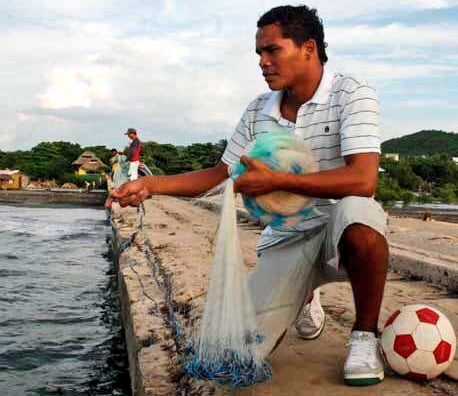 Subsequent years spent at Atlético Junior saw him loaned to different clubs including Barranquilla FC and Minervén where he proved himself as a top striker to watch out for. 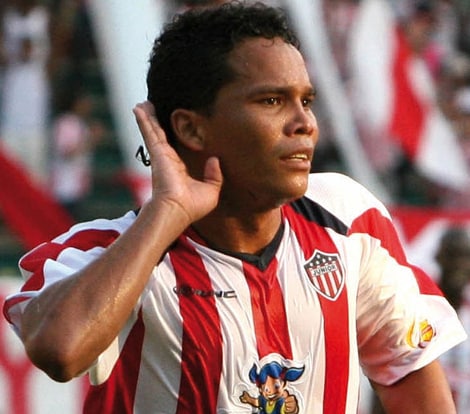 Carlos has not had past relationships for reasons not far from his religious disposition. His beliefs could also explain the reason why his first relationship led him to marry his wife Shariya Santiago, in 2010. Although the couples did not take pictures of their weddings public, they don’t shy away from taking photo shots during outings. 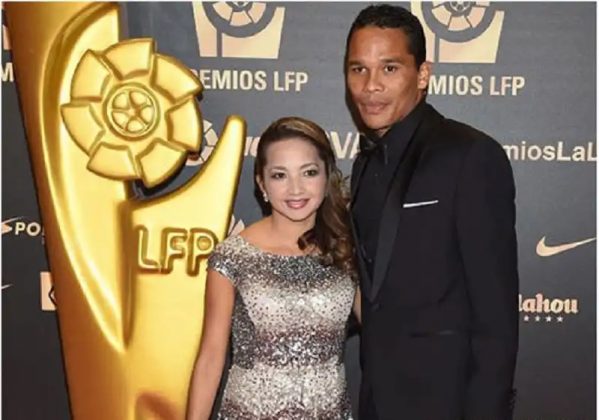 It is not surprising that the football genius who is known for his sheer will and determination has remained married for 8 years without controversies. His marriage is blessed with two kids, a daughter, Karla Valentina Bacca and son, Carlos Daniel Bacca. 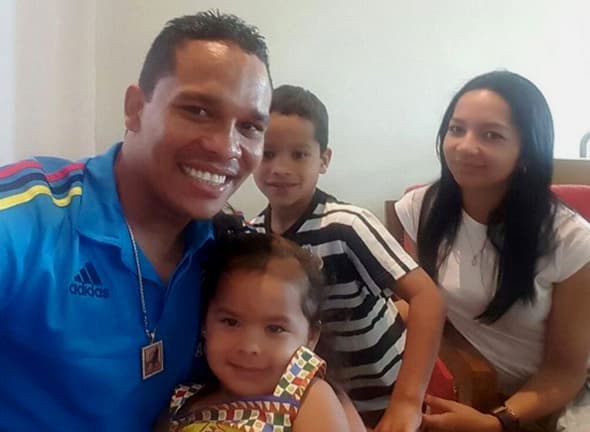 An event that conveyed the indication that Carlos was raised in a disciplined manner by his parents occurred at the end of a 2015 Copa América game between Brazil and Colombia.

Neymar had attempted to headbutt Jeison Murillo (for reasons best known to the Brazillian) after the final whistle was blown in Brazil’s 1-0 loss to Colombia. In a swift reaction, Carlos Pushed Neymar down in protest against his (Neymar’s) unruly behaviour. 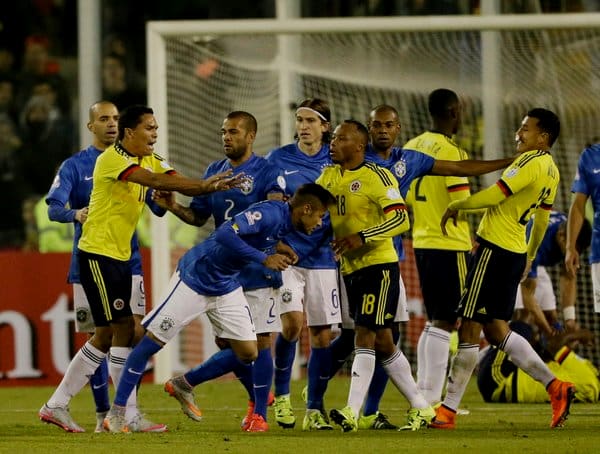 Moments later, Carlos’ mother reacted to the brawl in a way that gave insights about her sons’ upbringing. But first, she took sides with Carlos:

Then came the insight about Carlos upbringing:

“I didn’t teach him things like that … I was really annoyed because I’ve never seen this attitude of Carlos in the game before and so I sent him a message telling him off because he didn’t need to react that way.”

Personally, Carlos compares his style of play to that of Brazilian legend, Ronaldo who is also his football idol.

A specific area which Carlos admires Ronaldo who had to end to end his football career after he sustained a cruciate ligament knee injury in 2008 is the South American’s ability to break through defences.

“Ronaldo fascinates me, unfortunately, he was unlucky and had to end his career too soon. But I’m perhaps similar to him in my cold-bloodedness. Ronaldo was cold, powerful and a great finisher. He would do things that you didn’t expect. He would do a great trick to break free and score.”

Carlos Bacca has a funny Nickname that stuck with him right from his childhood days. Below is what he has to say about his weird nickname:

“My nickname ‘El Peluca’ (The Wig)? It was because my head was full of hair when I was a kid. If you refer to me as Carlos in my town, nobody would know it’s me, but if you asked for ‘El Peluca’ everybody would point you to me.”

Carlos Barca’s personality is one that underscores the virtues of humility, patience and steadfastness in the face of adversity.

At the very beginning, Football didn’t offer me opportunities. I played and I played, but the opportunity was not forthcoming.

The Colombian who had his first professional game at the age of 23 never fails to remember the days of humble beginnings and who made it possible.

Then came the day of my debut I was booed when subbed in. No one knew me, but the first two balls that I touched were goals and that day changed my life. I believe in God and I love him with all my heart. He gave me the quality to play soccer and for that, every time I score I raise my arms to the heavens. 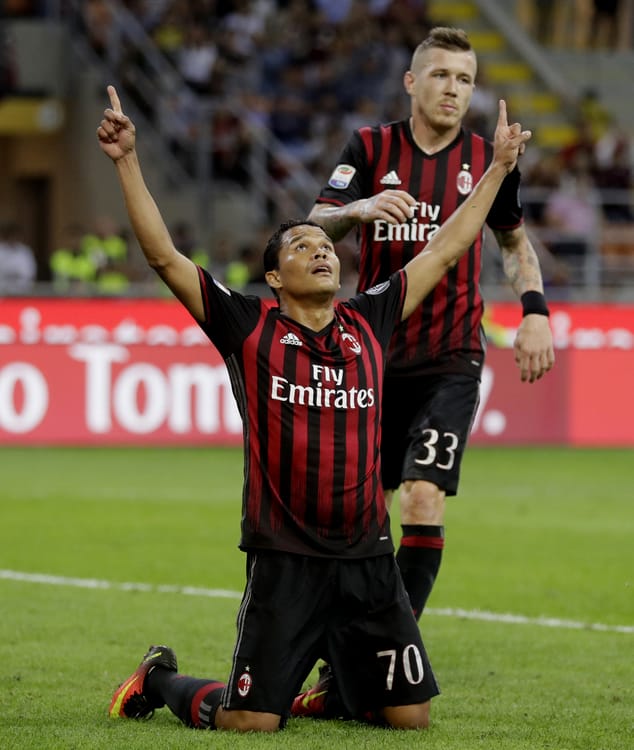 Having achieved much in life due to his footballing prowess especially his renowned pace, aggression, eye for goal, and determination as a forward, Carlos lives a fine and simple lifestyle with no inkling of pride.

He is also religiously tolerant as evidenced by his one-time desire to Join Italian club Roma so as to be close to the Pope despite being of a different religious denomination (Evangelica Christain Faith).

FACT CHECK: Thanks for reading our Carlos Bacca Childhood Story plus Untold Biography Facts. At LifeBogger, we strive for accuracy and fairness. If you see something that doesn’t look right in this article, please place your comment or contact us!