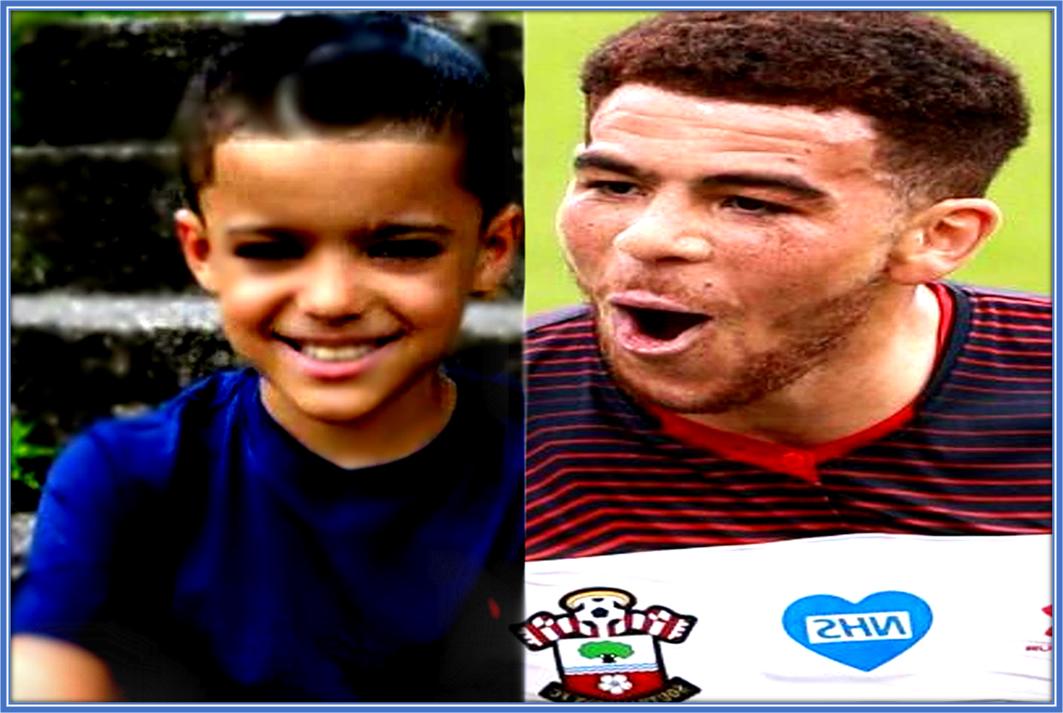 It is summarily a presentation of Che Adams complete Life Story, beginning from his early days to when he became famous. Behold a pictorial summary of his life- a cool summary of his Bio.

Yes, everyone knows he is a quick and strong forward with excellent technical ability. However, only a few have read Che Adams’ interesting life story. Without further ado, let’s begin.

For Biography starters, his nickname is Cheky. Ché Zach Everton Fred Adams was born on the 13th day of July 1996 to his mother, Frances and a Caribbean father, in Thurnby Lodge, Leicester, England.

Did you know that Young Cheky grew up in his birthplace at Leicester City as a fan of the Foxes?

Being the fourth born with three older siblings, there wasn’t much that he cared about asides from loving soccer and attending school.

We ran a check on Thurnby Lodge where the striker was born and raised. Interestingly, it is an estate in eastern Leicester populated by middle-class citizens.

This further lends credence to the fact that Adams had a comfortable childhood, thanks to his well-to-do parents.

Look at the English national. Do you see biracial written all over him? We bet you did. Che Adams has Scottish family roots through a grandparent.

In addition, he can lay claims to the citizenship of the Caribbean country – Antigua and Barbuda. This is the birthplace of one of Che Adams’ parents- his dad.

It will interest you to note that our boy had many trials with Leicester City but did not strike the club’s management as a prospect. Verily we say unto you, a king is never welcome at home.

Moving on, he had significant engagements in competitive soccer with Highfield Rangers. It wasn’t long before he joined Coventry City where his journey in Career football began proper.

Young Cheky spent 7 years at Coventry City learning the ropes and tying his shoelace for a bright career ahead. Sadly, Coventry released him when was only 14.

Following his unexpected release, Adams had to choose between pursuing his education or keep working hard at football.

Fortunately, Che Adams’ parents motivated him on not to lose hope. The youngster gathered strength and thus began his comeback via the uncommon route of non-league soccer.

The then-teenager battled against men in the rough and tumble of the non-league game, playing for Leicestershire-based outfit Oadby Town before having a short stint at Ilkeston.

Interestingly, it was at Ilkeston that Adams established himself as the most in-demand player in non-league soccer.

His impressive stats of 11 goals and 9 assists in 16 appearances were too good to ignore by over 40 clubs which sent scouts to watch him play on one occasion. Sheffield United didn’t waste time to secure his services for a transfer fee of £135,000. Adams would later tell newsmen that:

“I would have tread another trade path if Sheffield had not signed me.”

Following his foray in league one with Sheffield United, there was no end in sight to what the forward could achieve in soccer.

His move to championship club Birmingham City was smooth while his transfer to Premier League side Southampton was triumphant.

Here is a video which displays Che Adams’ inner belief and explains why the Saints signed him.

Fast forward to the time of writing this article on Che Adams childhood story and biography, the striker is the 4th most in-form player on the South Park (WhoScored stats).

He looks to move The Saints to greater height like his teammates Danny Ings, James Ward Prowse and Kyle Walker-Peters have already done.

Whichever way things turn out for him at St Mary stadium, the rest, as they say, will be history.

The year is 2020, Cheky is 24 and we have proof that he is not single. Che Adams girlfriend has been identified as Amelia Kate. She is a brunette who the forward regards as his second half.

They do everything together, including vacationing, and were once spotted having fun with elephants at the Elephant Jungle Sanctuary in Phuket.

We need no soothsayer to tell us that the lovebirds have cool plans for the future and will legally become couples.

The Leicester native can’t tell tales of his journey from seventh tier football to the premier league without crediting some persons.

They are his family. We bring you facts about Che Adams’ family. Also, we will outline facts about his siblings and relatives here.

The father of the soccer genius is late. He shared close bonds with Che such that his demise left the forward broken and unable to focus on his game at Bingham.

Like we earlier mentioned, Adams’ dad is a citizen of Antigua and Barbuda. We may not know him by his name, but his legacy lives forever in the forward’s heart.

Frances is the mother of the forward and an impressive one at that. Adams credits her for helping him build his football career in a sacrificial way. According to him:

“My mom often took me across the country to play football all the time. She made me the person I am today.”

About Che Adams Siblings and Relatives:

The striker has three older siblings who he is yet to reveal. Neither has he given out records of his ancestry, particularly those of his maternal and paternal grandparents.

Who is the forward beyond making opposition defenders pant when trying to keep up with his amazing pace? For starters, Che Adams embodies the personality traits of individuals whose birth sign is Cancer.

Friends and teammates can attest to his caring, ambitious, resilient and emotionally intelligent demeanour.

He is fun to be with and knows just the right thing to say at any occasion. Adams loves swimming and vacationing. Playing video games is also on top of the list of his interest and hobbies.

Let’s discuss how the Forward makes and spends his money. To begin with, the estimate of his net worth in 2020 at 5 Million Euro.

Adams could amass such wealth from his near-decade career in league one, championship, and Premier League.

In fact, he signed a contract with the saints in 2019 that will see him earn £1,560,000 per annum. Adams might not be among Southampton’s top earners, but his weekly wage of £30,000 can afford him any exotic car and expensive house that he fancies.

To wrap up this insightful write up on Cheeky’s childhood story and biography, here are little-known or Untold facts about him.

In the UK, the average person who earns £36,611 a year would need to work for about 42 years and 6 months to make Che’s yearly salary with Southampton. Here is what he earns every second at this time of writing his Bio.

Here is what Che Adams has earned since you began reading his life story.

The forward is yet to reveal his position on matters of faith. However, the odds are in favour of Che Adams parents raising him being to be a believer.

Particularly one who practices Christianity. However, you’re welcome to share your thoughts about him in the comment box below.

Che Adams has an unappealing rating of 74 points. In addition, he has a meagre potential of 79.

We understand that the striker is relatively new in top-flight soccer and there should be no high expectations of numbers put up for him. At least not yet.

Thanks for reading this engaging write-up on Che Adams’ biography. We hope it has inspired you that the road to success could be a far cry from conventional.

Take an example from Adams who after being booted from the academy system, built himself in non-league clubs and worked his way up.

We must now commend Che Adams’ parents for trusting the process of his unconventional career path.

At LifeBogger, we take pride in delivering childhood stories and biography facts with accuracy and fairness.

Asides from Che Adams’ Bio, we have other Scottish footballers’ childhood stories for your reading pleasure. The Life History of Scott McTominay, John McGinn and Ryan Fraser will interest you

Have you seen anything that doesn’t look right in this bio? do well to contact us. Otherwise, leave a comment below about your thoughts on Adams.