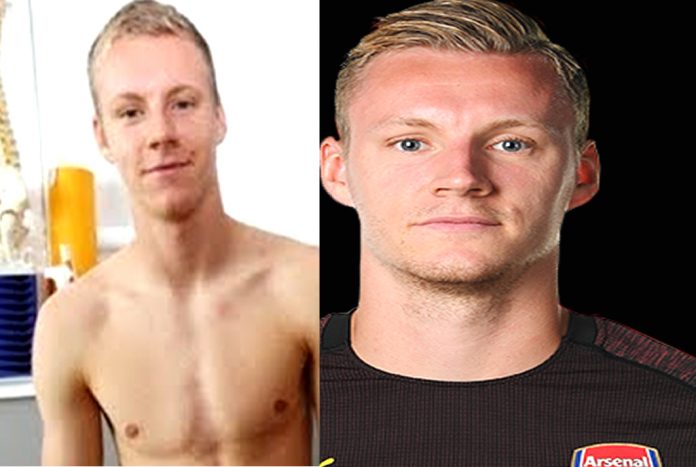 LifeBogger presents the Full Story of a Football Genius who is best known by the nickname “Penalty Killer“.

Our Bernd Leno Childhood Story plus Untold Biography Facts bring to you a full account of notable events from his childhood time to date.

Yes, everyone knows he is among the brightest goalkeepers in the world. However, only a few consider Bernd Leno’s Biography which is quite interesting. Now without further ado, let’s Begin.

For Biography starters, Bernd Leno was born on the 4th day of March 1992 to his parents; his mother, Rosa Leno and father, Viktor Leno in Bietigheim-Bissingen, Germany.

Bernd Leno’s family is of a German-Russian origin thanks to his dad who is half German, half Russian.

Leno grew up with his brother in the small town of Bietigheim-Bissingen in south Germany, which has close proximity to Stuttgart.

Those who knew Leno as a child saw him as a very energetic boy. Such energies were channelled into sports. Speaking of sports, every member of the Bernd Leno family loved football. As Leno once put it;

“Football was very important for my family, for my brother and for me it was our life. We always wanted to play football, to have the ball next to us. Back then, every toy was football.”

Early on during holidays, Leno would go on playing local games, especially in “bad pitches” which didn’t matter to him because he was with friends.

At the age of 6, he decided to take football seriously by picking up a career.

Leno enrolled into the roster of his youth team SV Germania Bietigheim which gave him the stage to lay the foundation of his career. He started pushing as a midfielder right from the moment he joined the club.

Bernd’s determination to become professional wasn’t just a passing fantasy. Such determination led him to attempt trials at bigger academies.

Luckily, Leno was among 6 players who were selected by VfB Stuttgart after they convinced the coaches. Leno, still at this time, continued as a midfielder.

How he became a Goalkeeper: As a young midfielder, Leno did a lot of running back to protect the back line and even the goalkeeper in most cases.

This he did until he was 10 years old, before something led to him becoming a goalkeeper.  In an interview with Arsenal FC, Leno once narrated. In his words;

I said to them, ‘I want to try’. I tried and everyone saw I was very good. Then my parents bought me some gloves, and I never wanted to leave the goal post after that.”

What made Leno further enjoy the act of goalkeeping was his idol, no other person than former Arsenal goalkeeper, Jens Lehmann. 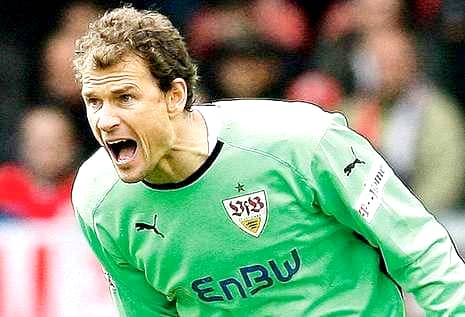 Although as a youngster, Leno took his lead from Spanish and former Real Madrid icon Iker Casillas.

It was at Stuttgart Leno first met Jens Lehmann, whom he took lots of goalkeeping lessons from. Speaking about that, he once told Arsenal Press;

He was so concentrated, so professional. That’s the mentality that you need as a professional goalkeeper.

Former Arsenal goalkeeper, Lehmann still remained at VfB Stuttgart when Leno rounded up his youth career with the club. Leno saw himself as Lehmann’s successor upon being promoted to their club’s senior side.

Unfortunately for fans, Leno decided to accept greener pastures after two years with the club which as at then played at Germany’s third division. Leno’s performance earned him a Bundesliga ticket with Bayer Leverkusen.

Moving from a German third division all the way to the first division was challenging and at the same time exciting for Bernd Leno, who was only 19 at the time.

It was challenging due to the fact that he made his champions league debut against Chelsea just after three weeks of joining the club. 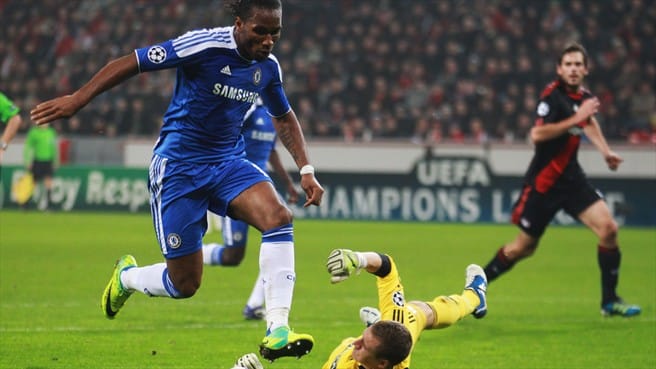 In an interview, Leno once recalled;

After the game, Petr said he was pleased and excited for me. He didn’t need to say those things but I really appreciated it.

That was seven years ago and now we are together at Arsenal – it’s crazy!

After the Champions League match, it became clear Bayer Leverkusen had found a new hero in a goalkeeper.

After Jens Lehmann’s departure, Leno became a regular in the first team after a string of impressive performances.

He went on to stay with Bayer Leverkusen from 2011 to 2018 making 233 appearances. Things went well all those years until one very BAD DAY!!

The pressure Getting to Him: Everyone knew Leno to have tremendous courage – stacks of it.

But no one knew what happened to him on this very bad day during October 2015 when he made the worst Bundesliga goalkeeping blunder of the season.

In a Bundesliga game with Augsburg, Leno contrived to slice a harmless-looking back pass from Jonathan Tah into the back of his own net. Watch the video below;

Speaking furiously after being attacked by the words of fans, Leno said;

“As a Goalkeeper, you’re a lone fighter. You train separately, you warm up separately. You fight for just one spot and then if you make just one big mistake, you’re quickly the idiot.”

At this time, it was clear Leno’s final day with his beloved German club would come. All he did was wait for an opportunity to leave.

Fortunately, on the 19th of June, 2018, the English club Arsenal acquired his services. This gave Leno the opportunity to meet his old friend Petr Čech. 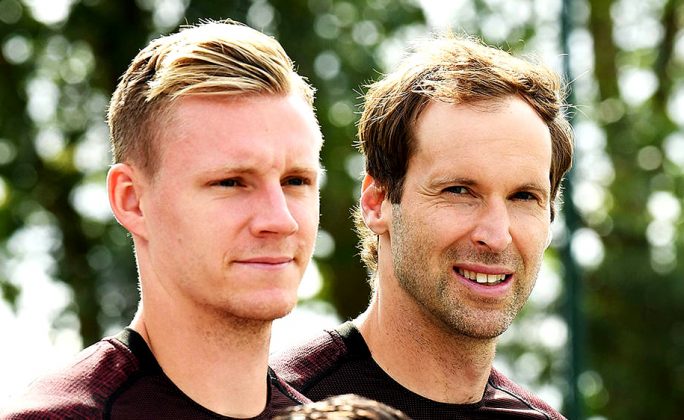 As destiny would have it, Leno became the goalkeeper who would succeed another of Arsenal’s great goalkeepers. The rest, as they say, is history.

Who is Bernd Leno Wife – Sophie?

Bernd Leno has been with Sophie Christin since August 15, 2015, which happens to be the date they celebrate their anniversary.

Sophie who is of German and Czech descent, was born on the 17th day of February 1997 (5 Years younger than her man) in Dusseldorf, Germany.

She is a marketing student who also spends some time modelling. Both lovers have been spotted in multiple exotic locations enjoying their vacation. 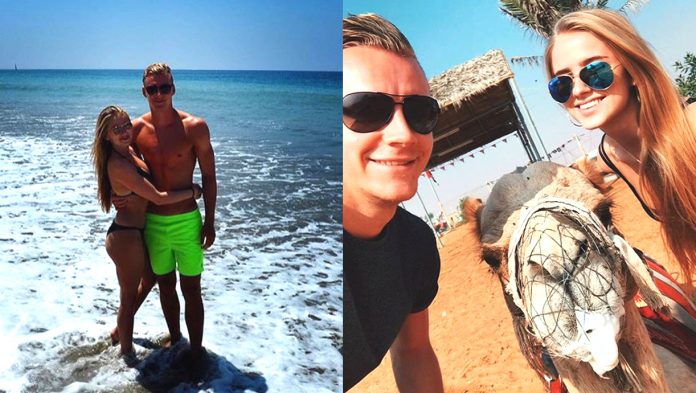 Despite being together for a long time, both lovers haven’t directed any plans for their wedding. However, it is only a matter of time before wedding bells ring for the two.

Getting to know Bernd Leno’s personal life asides from goalkeeping would help you get a complete picture of him.

Starting off, he is a Roman Catholic by faith. Leno has once made efforts to visit St. Peter’s Basilica, the Vatican in Rome, to have what he termed ” a special moment” with Pope Francis. 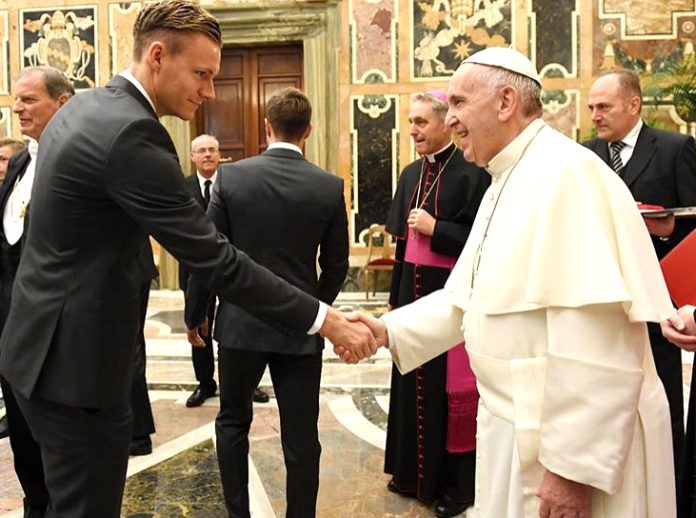 A Real FIFA Gamer: While his Arsenal teammates Hector Bellerin and Rob Holding would play shooter games; Call of Duty, Bernd Leno, just like Juan Foyth would rather stick with FIFA. 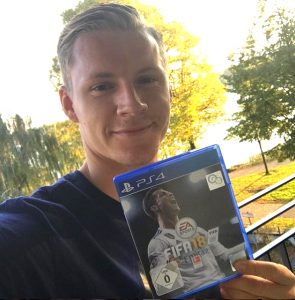 Leno’s respect for Casillas was reflected in his choice of the team on the FIFA gaming series. Speaking about that, he once said…

“I always used to play as Real Madrid on PlayStation,” he said. “Casillas was a big reason for that”.

How He Got His Nickname- “Penalty Killer”: Although Leno learned a lot from Jens Lehmann and Iker Casillas, he could actually teach these two goalkeepers something. That is the act of “saving penalties” which gave him his beloved nickname. 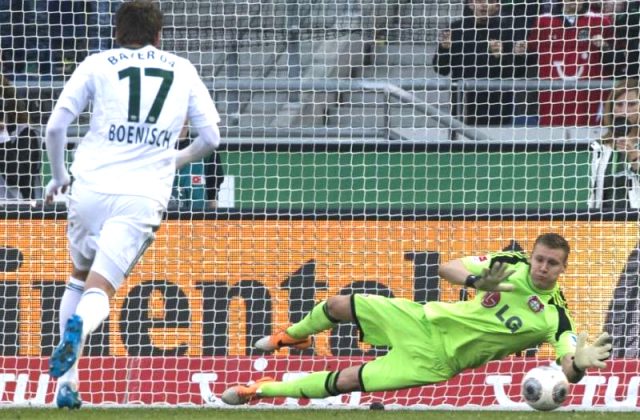 The former Leverkusen gloveman once stopped five penalties out of eight in a Bundesliga spot-kick back in 2013/14.

He actually saved four in a row. As at the time of writing, no goalkeeper alive (both active and retired) has beaten that world record.

Leno has lots of endurance, unlike most modern-day goalkeepers. He once kept the post safe with a broken nose and was never afraid to charge towards his opponents in a bid to take the ball from them. 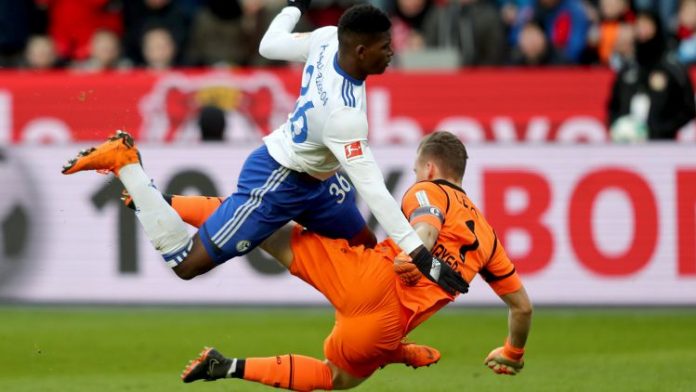 This happened in a Champions League last 16 games against Diego Simeone‘s Atletico Madrid.

FACT CHECK: Thanks for reading our Bernd Leno Childhood Story plus Untold Biography Facts. At LifeBogger, we strive for accuracy and fairness.