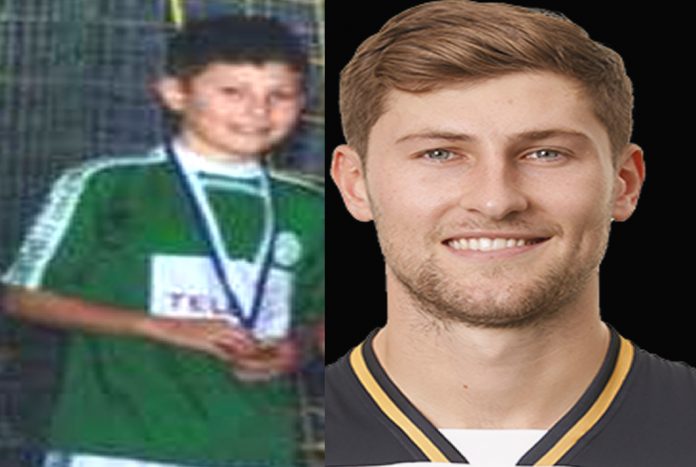 LB presents the Full Story of a Football Genius who is best known by the nickname “Ben“. Our Ben Davies Childhood Story plus Untold Biography Facts bring to you a full account of notable events from his childhood time to date. The analysis involves his family background, life story before fame, rise to fame story, relationship and personal life.

Yes, everyone knows about his cute looks and style of play. However, only a few consider Ben Davies’ Biography which is quite interesting. Now without further ado, let’s Begin.

Starting off, his full name is Benjamin Thomas Davies. Ben Davis was born on the 24th day of April 1993 to his mother, Eryl Davies (a housekeeper) and father, Alun Davies (a pump engineer) in the Welsh community of Neath, United Kingdom.

Ben comes from a happy family who have enjoyed virtually all minutes of their lives being in love with each other. 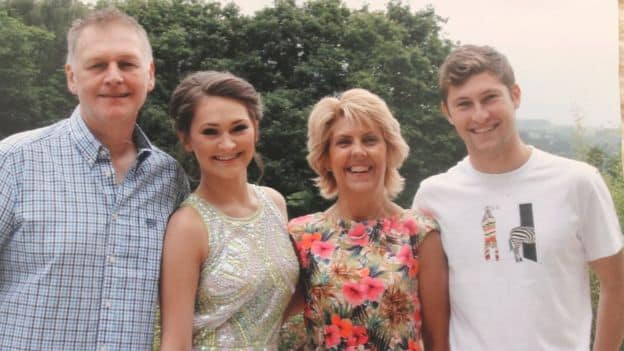 As observed from the photo above, Ben didn’t grow up along in the Davies family. He grew up alongside his beautiful sister who goes by the name Hannah. 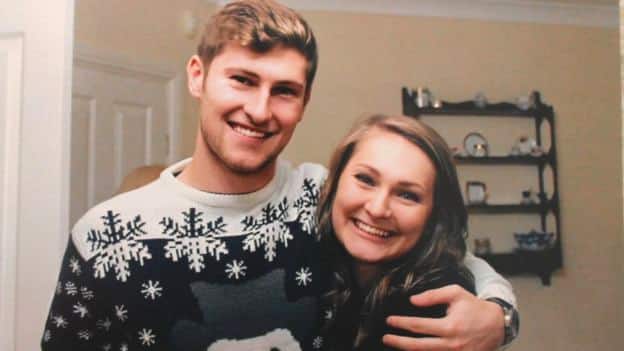 Hannah is very attuned about his brother’s football career right from the onset. As a boy, Ben was tagged a “football-happy son” by his dad and mum. Ben during his youthful days never veered away from football and other sports especially those common in Wales.

Stressing on that, Ben played rugby during elementary school period while football and cricket away from school, especially in the summer. Football was his number 1 and Rugby was his next preferred sport. Unlike most Welsh citizens would do, Ben chose football instead of Rugby as his preferred sport. This saw him in the year 2001 enrolling in the roster of Swansea football team, a time he was only 7.

Barely a year after Ben got enrolled at Swansea, a decision came for him not to continue football with the Welsh club. This came at a time the Davies family had set their minds in Denmark.

Ben’s father, Alun Davies got a new job as an engineer with a multi-billion dollar Danish pump factory named Grundfos. This saw Ben Davies’ family packing up and leaving Wales for Denmark. In Denmark, they settled in the beautiful city of Viborg. 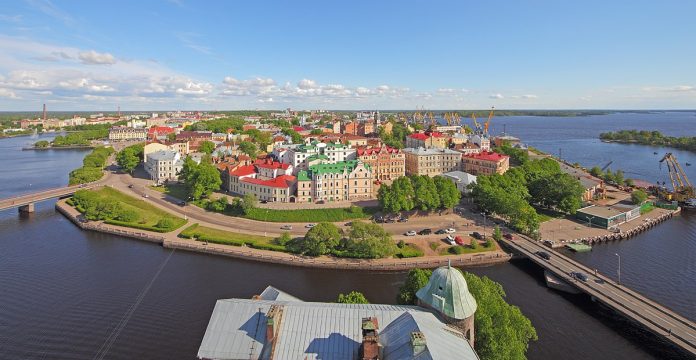 When Ben Davies’s family moved to Viborg, they became neighbors to Torben Primsø, a youth football coach in eastern Viborg. 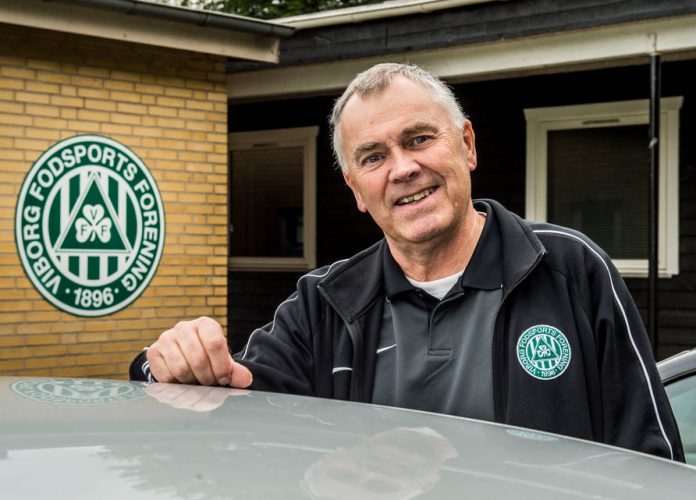 Back then, Torben Primsø had a football garden which attracted little boys including Ben who was among other little boys that played football to the amazement of their Danish neighbors.

The Dilemma: Despite Ben attending Swansea football academy back then in Wales and also practicing football in Torben’s garden, his parents didn’t get impressed about the career. This came after Eryl and Alun found better opportunities for their son to follow in Denmark. Because Ben was also gifted in academics, his parents wanted him to become a doctor or engineer owing that the disciplines had the most opportunity in the country. 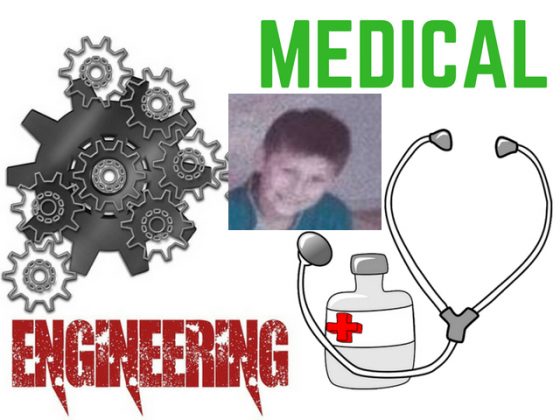 As the pressure to leave football to continue to mount, Torben Primso quickly intervened to rescue poor Ben. He insisted that Ben’s parents allow their son to take football seriously in his quest to become a professional football player. Accrediting Ben, Primso further said;

Ben had the desire and a very good left leg. Even thou his talent isn’t so obvious, Ben has the motivation to become pro.

Ben’s parents finally let go of personal interest in their son’s choice of career. This prompted Torben Primso to make football trial arrangements for Ben and his friends. Ben was 10 years old at that time he and his friends successfully passed their trials. They got themselves enrolled at the youth football department at Viborg FF. This act further fostered a stronger relationship between Torben and the boys as he became their career mentor. 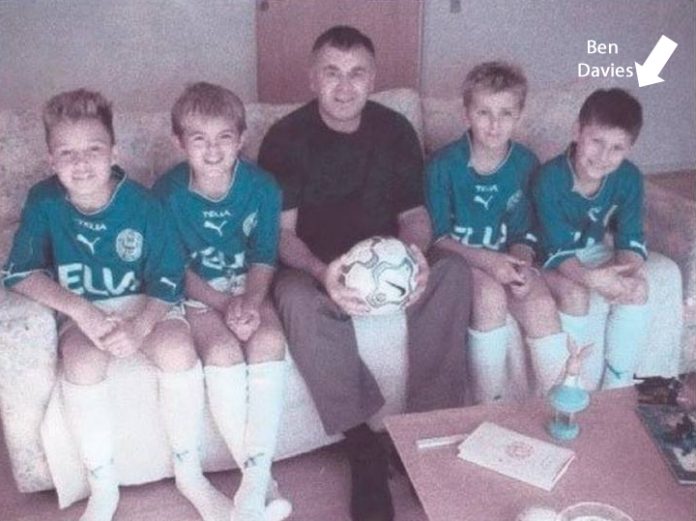 The photo above shows Ben Davies together with his friends sitting on the couch next to Torben as they watched the greenblock on his television.

Ben learned how to commit himself to play his football a foreign country even while he faced much cold and longer winters. In Denmark, he played indoor football, especially during heavy winter.

Thanks to his previous experience at Swansea, Ben’s technical development accelerated at a faster pace. He learned how to do better ball control, one-two combinations and equally added more motion to his pace. This eventually paid off as he successfully led his team to win his first gold medal. Below is a happy Ben with a gold medal around his neck. 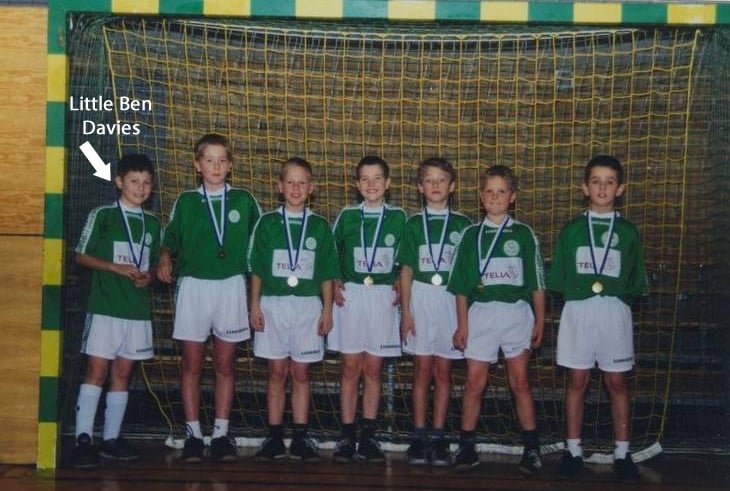 As Ben Davies parents saw their son was going to be successful in football, they considered relocating back to the United Kingdom where professional football opportunities would come.

Coming back to Wales wasn’t just for football but also for education. While in Denmark, both Ben and his parent agreed that he would at least complete his GCSE before facing football completely. Ben signed his first apprenticeship with Swansea when he was 16, a time he had successfully finished his GSCE with Welsh language secondary Ysgol Gyfun Ystalyfera.

In the year 2012 at the age of 19, Ben got promoted to Swansea’s senior team. That same year, he became a regular starter for the team. 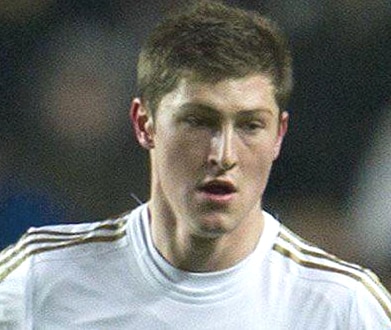 Ben’s rapid rise to prominence surprised many seasoned football observers, but not his sister Hannah and parents.

says Hannah, Ben’s sister. Through hard work and the desire to constantly improve, Ben got attracted to Mauricio Pochettino who in 2014 brought him to his London team, Spurs. The rest, as they say, is now history.

Ben Davis relationship life helps you to further get a more complete picture of him. Without a doubt, it is a super comforting feeling for one to have a partner they can always count on. 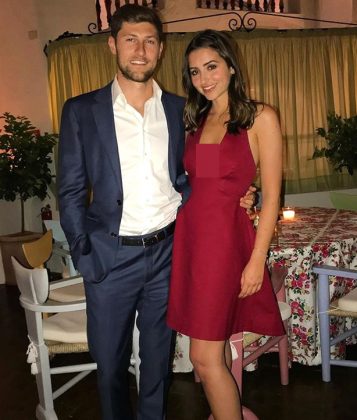 The relationship between Ben Davies and Kayleigh Elise Hughes have been one with rainbows and butterflies ever since they fell in love in the year 2013. Both lovers come from the same town, Neath in Wales. 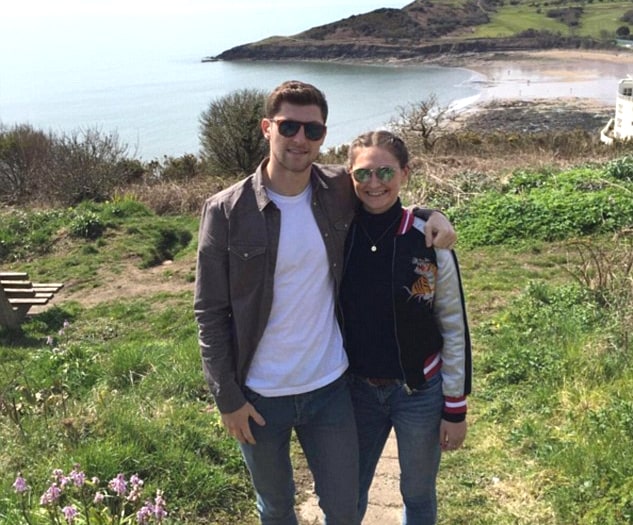 Ben went for the average Welsh girl proving he is very down to earth. Before meeting Ben, Kayleigh Elise was a former sales assistant at Zara’s branch office in Swansea. She has also done some modelling for Chicproduction photography.

On a personal and private note, Ben is reliable, patient, practical, devoted, responsible and very stable. Asides from being practical and well-grounded, he is someone who has sowed and currently harvests the fruits of his labour.

Ben sometimes loves to stay away from everyone alone in the Swansea coastline in order to restore some inner strength. 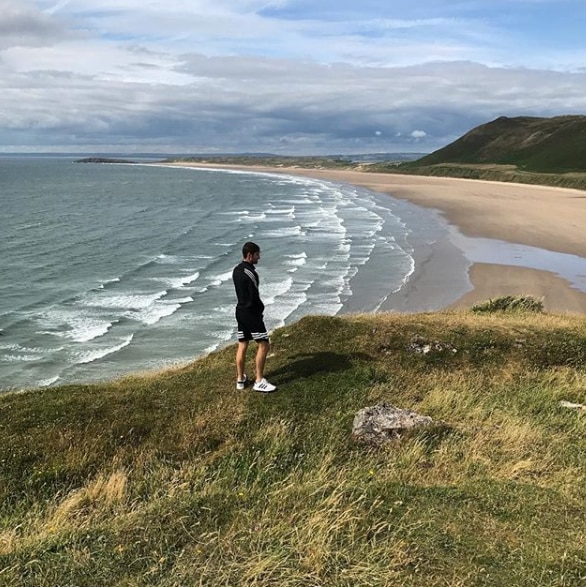 Closeness to Family: Despite living in London, Ben’s family prefers to stay in Wales. Ben still remains close to his family in Wales even though his footballing career has taken him to London to play in the Premier League.

“He enjoys being home and he’s very close to his family,”

Cooking Hobbie: Asides from being a family person, Ben also likes to keep on top of this health by running his thing alone in his kitchen. He is one among few footballers who knows how to cook well. 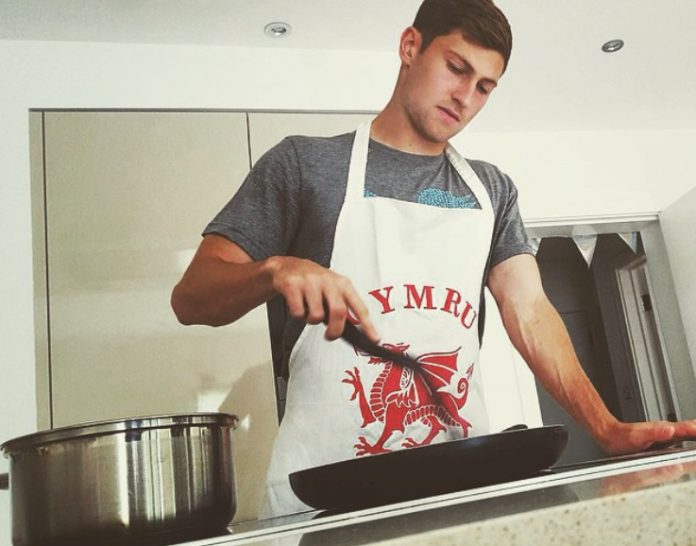 Ownes the Wost Car: Ben Davies and N’golo Kante are considered the most modest players in the premier league. See the reasons below; 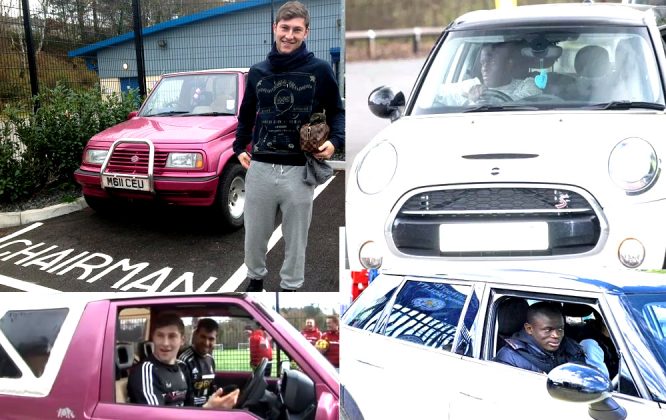 Seeing their cars and comparing it to THE MONIES that enters their bank account would surely make you believe in the debate that says ‘Faith in very few modern-day footballers is indeed restored!!’

FACT CHECK: Thanks for reading our Ben Davies Childhood Story plus Untold Biography Facts. At LifeBogger, we strive for accuracy and fairness. If you find something that doesn’t look right, please share it with us by commenting below. We’ll always value and respect your ideas.