LB presents the Full Story of a Footy Bull known by the Nicknames; “King Author & The Warrior“. Our Arturo Vidal Childhood Story plus Untold Biography Facts brings to you a full account of notable events from his childhood time till date. The analysis involves his life story before fame, family life and many OFF and ON-Pitch little-known facts about him.

Yes, everyone knows about his abilities, but few consider Arturo Vidal Biography which is quite interesting. Now without further adieu, let’s Begin. 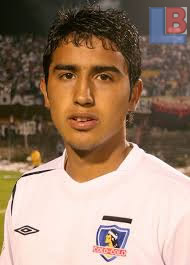 Arturo Erasmo Vidal Pardo was born on the 22nd day of May 1987 in Santiago, Chile. He came into the world through his mum, Jacqueline Pardo (A Home Keeper), and dad, Erasmo Vidal (A Shipper and Drug Addict).

He was raised in San Joaquin, a working-class commune in Santiago. Vidal had a difficult childhood experience which was circled around poverty. He explored every possible and positive means to put monies in his pocket.

From the age of nine, he would skip school, hop on his bicycle and pedal up to six miles to the prestigious Santiago’s horse racetrack. This was where he hustled for his daily bread. There, he would feed the horses and muck out their stables for little monies.

Deep down, however, he knew his parents aren’t rich enough to by a house for him to practice racing. Vidal set his mind to many options which could get him and his family out of poverty.

He started off with gambling before turning to football. His interest in football came when he got motivated by the rag to riches stories of Chilian soccer legends (Marcelo Salas and Iván Zamorano) who are pictured below.

The stories of these legends motivated him to give football a try.

His potential was discovered by his uncle who helped him to join the youth squads of local Primera División club Colo-Colo. Vidal’s professional debut came on the first leg of the 2006 Apertura Tournament final against arch-rivals Universidad de Chile. He came on as a late substitute and helped his team to win the game 2–1 and win the championship as well. In the following season (2006 Clausura Tournament), he became the most important player int he squad.

He again singlehandedly led his Colo-Colo to their second championship win in a row.

His good showing caught the eye of scouts from various European clubs. It was Bayer Leverkusen who finally snatched him off South America.

He helped the club to a runner-up finish in the Bundesliga and topped the assist charts for his club. This led to interest from scouts and another move to the old lady (Juventus). Andrea Pirlo also arrived at that time.

Arturo Vidal comes from a poor family background. Unlike his dad, he takes his mum as his idol. He was never proud of his dad. We tell you why…

FATHER: For football fans, It’s painful….While Arturo Vidal assured his future in a giant of Europe, while signing his new contract that linked him until 2019 with one of the 5 most important teams in the world, while securing a salary of 818 million pesos a month and financially consolidating the wealth of his children, grandchildren and perhaps even his great-grandchildren to come…his father Don Erasmo was locked in the dungeon for pushing cocaine (drug micro-trafficking). It was shameful for Arturo Vidal fans. His father has been caught carrying Cocaine on numerous occasions. Don Erasmo was discovered while making and selling small doses of cocaine base paste escorted by his sister and crack aunt. It was $ 17,000 that Don Erasmo was counting at the time of the raid by police. This is not even up to the money his son makes in a day in Bayern Munich. Arturo Vidal is said to be making around 21,369 Euros per day as at the time of writing. He was charged to court.

The judge later released him after considering that the amount confiscated was “for his personal consumption, not for trafficking,” as the carabineros spokesman explained. As for the knives, “he told us he had them in case they invited him to a barbecue,” he added.

His erratic lifestyle has been longlived. Sometime in June 2008, Don Erasmo did not tolerate his son not checking up on him for father’s day and tried to hang himself. This happened in Central Vega, where he worked as a shipper. According to recent reports, he is said to be recovering. He stated recently;

“It was a mistake and all I want is for my son to continue to succeed. I do not know what happened to me over the years. I was very down and I did not realize the terrible mistake I made. I screwed up. The only thing I beg Arthur (Vidal’s nickname) is to forgive me” Erasmo told Chilean news outlet, La Cuarta.

Don Erasmo’s atrocities have distanced his relationship with his son who is ever willing to help him financially so he could stop pushing drugs. Both have started enjoying some close friendship.

MOTHER: Arturo Vidal’s mum, Jacqueline Pardo is an ardent supporter of her son’s career. Arturo Vidal is one of her 5 children. He once promised his mum, Jaqueline Pardo that he would give her everything his dad could not do.

He refers to her as “The only idol of the king”. She is the person who the educated him, motivated him, spoiled him and forged the character. She is a direct woman, without hairs on the tongue. Her son never stops praising her on Instagram.

SISTER: On the other hand, Ámbar Vidal, a sister to Arturo Vidal has also followed the bad steps of their father. In April 2012, she was arrested for being an accomplice of an armed group that uprooted a money dispenser in a pharmacy in San Miguel, Chile. She claimed innocence, just as her dad every time the police catches him with a drug. Below is the look-alike sister of Arturo Vidal being handcuffed.

Beautiful Maria Teresa Matus is the wife of Arturo Vidal. This couple has never been one to hide behind the scenes, especially Mrs Vidal. The connection that Maria has to Arturo predates their dating phase which later led to them getting married and starting a family of their own. Maria hails from Chile just like her husband. They first met back in 2008. The two spent a lot of time together journeying to beaches on holidays.

Maria never left her boyfriend’s side. Every time there was a game, Maria was there, and she made it her personal mission to be on the sidelines cheering for her boyfriend. They both feel incomplete without each other.

Maria has given birth to two children. The firstborn child is a boy named Alonso Vidal. The boy’s birth record is currently unknown. It is unclear when Maria gave birth to him.

However, in March of 2014, Maria and Arturo had a second child named Elisabetta.

Below is Arturo Vidal family photo. Family is very important for him as explained in his tattoo facts below. Arturo Vidal is fond of horses. Although he never had the opportunity to ride as a kid. Today, he has made sure his son gets every opportunity he missed as a child.

On 16 June 2015, during the 2015 Copa América, Vidal suffered minor injuries when while under the influence of alcohol he crashed his Ferrari in Santiago.

He left the hospital in a police car and was summoned to court to face charges for drunk driving. On 8 July 2015, Vidal was given a two-year driving ban, however, he was allowed to continue playing in the Copa América that year.

When it comes to body decoration, Arturo Vidal is in a league of his own. His left under-arm bears his nickname ‘King Arturo’ while, under his right arm, he has the Spiderman logo. He once referred to himself in an interview as “the greatest midfielder in the world”. He naturally has his own initials AV on his neck. A woman’s face on his right upper arm. “That’s my mum Jaqueline,” he said… Vidal’s family is particular to him and he has references on his neck and underarm. He has also immortalised another of his great passions, horse racing. “I love horses, even if I don’t ride myself,” said Vidal, who owns his own stables in Chile. Furthermore, Vidal is a champion- ‘II campione’ He has the best football hairstyle and flair. Arturo Vidal is renowned for his bold appearance and sporting look which he has now inculcated in his son. They are easily recognisable, with their Mohawk hairstyle.

Recently, there has been no dramatic change for the Chilean as his hair has been tweaked and the beard enhanced. Hairstyle specialist,- Neymar, Paul Pogba, Balotelli and Bakayoko, would surely get jealous after seeing this.

The Arturo Vidal has been the kind of player that has earned many nicknames down the past years. As the (king Arturo) is one of the most common of them. He is also been nicknamed “warrior” in recent times.

As it’s a normal thing for a defender to get a card in some games of the year. But what if you have the collections of getting the card in the game. Arturo Vidal has been a dangerous player in term of harsh tackles. In the four season for Serie A, while playing for the Juventus team, he collected a record-breaking 53 yellow cards.

Vidal is one the world’s most fouled player in football.

We strive for accuracy and fairness. If you see something that doesn’t look right, contact us!