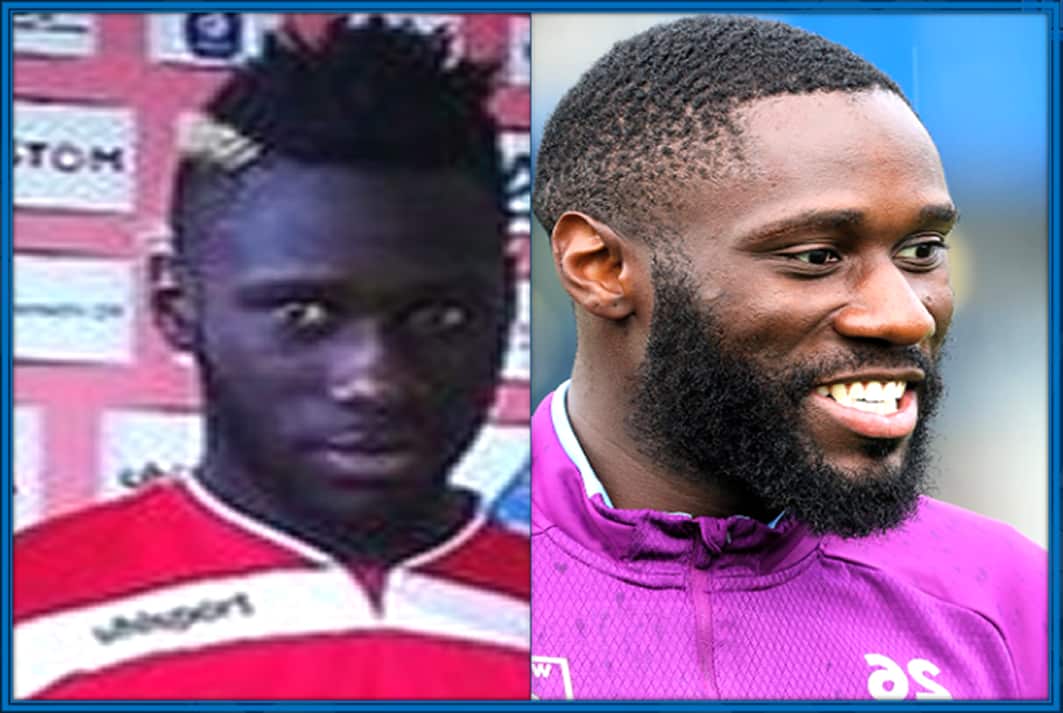 We have here, a concise Life Story of the Congolese — from his early days, to when he hit fame.

To whet your appetite on the engaging nature of Masuaku’s Bio, here is a pictorial summary of his life and career progression.

Yes, you and I know Arthur as a Technical Dribbler with lots of pace and acceleration to his sleeves. As of November 2020, he is rated by BBC Sports Readers as among the top 10 players in the Premier League.

Despite the accolade, just a few people have read Arthur Masuaku’s Biography. We have prepared for you and without wasting much time, let’s begin with the story of his early years.

For Biography Starters, he bears the nickname ‘Arthurito‘. Fuka-Arthur Masuaku Kawela was born on the 7th day of November 1993 to his father, Hikke Musuaku, and a little-known mother in the city of Lille, northern France.

Behold, one of Arthur Masuaku’s parents — the one and only endless supplier of unconditional and selfless love.

The French-born footballer grew up at the city of Lille alongside his brothers. As a boy, he did have this strong sibling bond.

Arthur had the best start in life and was never left out socially.  Even to date, he still feels nostalgic for his childhood thanks to his brothers, family, home, streets and local football fields. They remind him of the path he trod.

We can attribute many things to Arthurito’s early interest in football, except poverty. Prominent among the attributes is the fact that his dad was a former footballer.

Little wonder Masuaku has happy memories growing up in a city dominated by middle-class citizens.

Popularly referred to as the “King of The Dribble” in West Ham’s team, Arthurito has Congolese family roots like his French compatriots Christopher Nkunku,  Jean-Philippe Mateta, etc.

The Lille native is a son of parents that were both born in Congo but migrated to France years before he was born.

In case you didn’t know, Masuaku’s parents did raise him in a city which is a 1 hour 13 minutes drive by train to Belgium.

The then youngster was only eight years old when he took his first steps in competitive soccer with local football Lille OM.S.

It was at the club that young Masuaku trained for a time before RC Lens spotted and gave him the right platform for a comprehensive career buildup in soccer.

By the time Arthurito was 15 years old, he knew that there was no going back on his resolve to become a professional soccer player and an impressive one at that.

He was at the peak of his development with RC lens when neighbouring club Valenciennes snatched him from the Sang-et-Or training centre.

Can you spot a shy Arthur Masuaku posing for photos with his teammates at Valenciennes?. 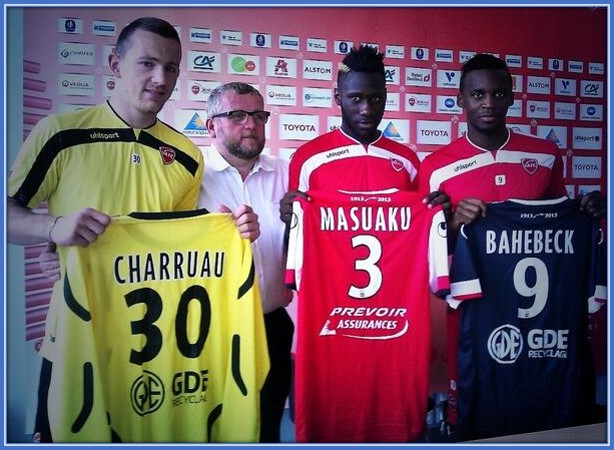 It was with Valenciennes that Arthurito signed his first professional contract before moving to Olympiacos.

A year after his arrival at Olympiacos, Masuaku began drawing interest from Italian giants Roma and Juventus.

Genoa also came calling with an offer that was also turned down. Have you seen this rare photo of him at Olympiacos? 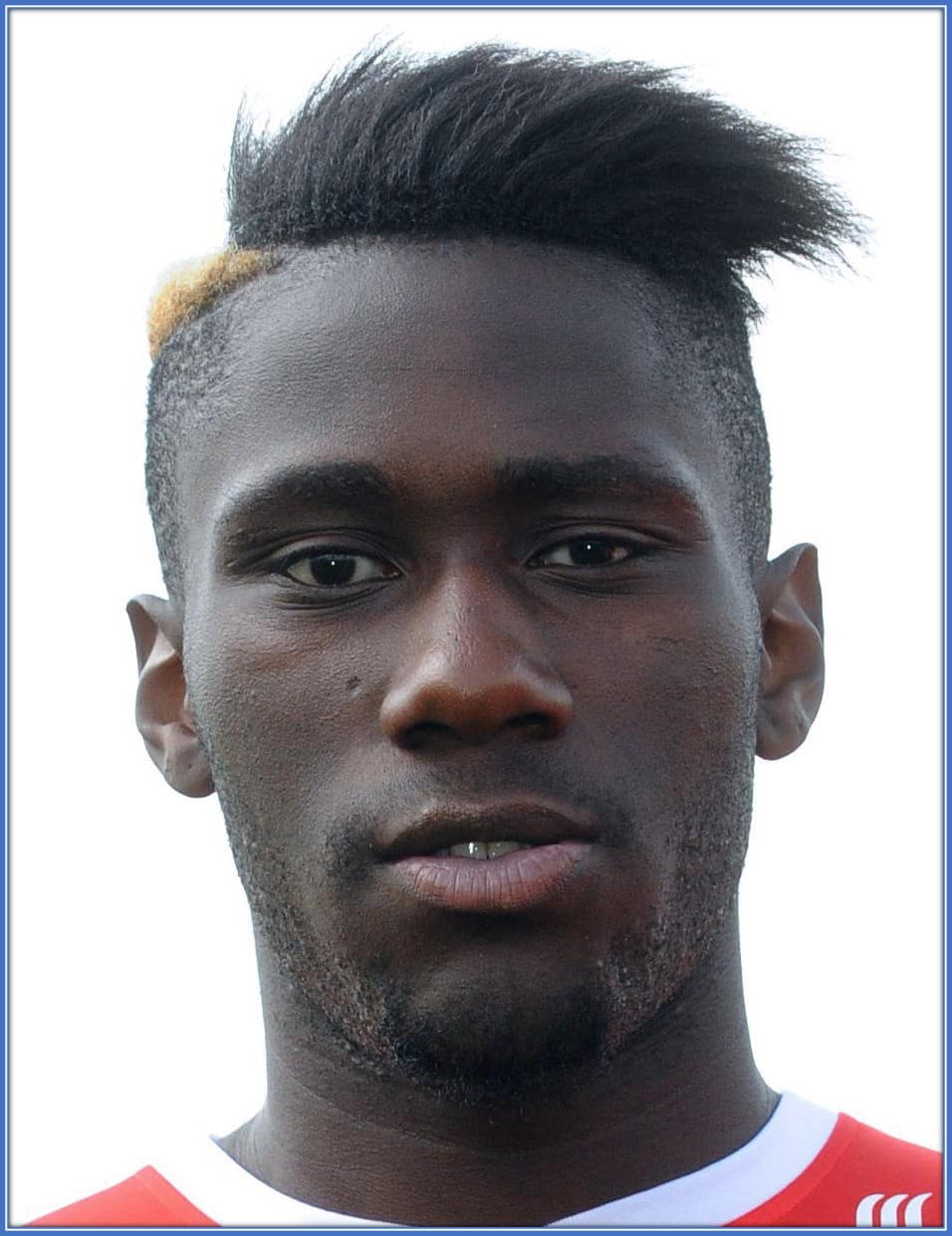 When West Ham signified interest in having the full-fledged left wing-back at East London, Olympiacos and Arthurito’s agent could not say no to the juicy odder.

Thus Masuaku joined the Hammers on a four-year contract for a £6.2 million in 2016. See what the defender looked like when he arrived at West Ham. 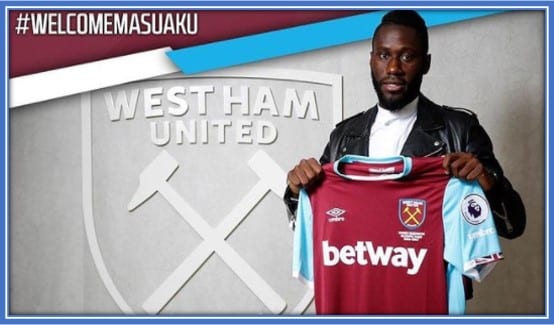 His rise at West Ham has been impressive, such that he has secured his position as the club’s favoured left-back.

The claret and blue masses once dubbed him “better than Lukaku” in appreciation of his attacking and dribbling mindset.

Speaking of his strong mentality on the pitch after a century of appearances with the Hammers, Masuaku insisted he wants to keep going like this.

We sure hope he keeps exceeding David Moyes’ expectations and the rest, as we say, is history.

Who is Arthur Masuaku Dating:

There are only a few people who would agree that the French Man has no girlfriend. At 27 years of age, many would want to believe that the left winger is gearing up to tie the knot with a girlfriend.

More so, Masuaku is already famous in East London as King Arthur, but where is his Queen?

At lifebogger, we believe that the soccer star already has a woman in his life but is waiting for the right moment to unveil her. Not just her, but children born to him because he does strike us as a father.

Like most footballers, the footballer with roots in Congo has people who look up to him and need him home every Christmas.

They are his family. We bring you facts about Arthur Masuaku’s Parents. We will also walk you through facts about siblings and relatives.

Like Steven N’Zonzi, the left wing-back’s mum and dad both hail from Congo. His dad, Hikke Musuaku, reportedly has a history of playing football.

We are waiting for Masuaku to clarify whether it was professional, semi-professional or amateur.

Again, we are also curious about facts on the left winger’s mom, who strikes us as a friendly person in the photo below.

The left wing-back has some cool look-alike brothers, who are seen sitting with him. Not to worry, we will get to clarify who they are when Masuaku grants our request for an exclusive interview.

Away from the left winger’s immediate family, we are yet to be furnished with details of his maternal and paternal grandparents.

Neither have we received records of Masuaku’s uncles, aunts and cousins. Similarly, there are no existing records of his nephews and nieces.

There is more to Arthurito than being a left wing-back. He’s not just the bearded 5’10” dropping deep to help his team attack.

There are a number of personality traits which his friends and family members hold as self-evident of his nature. They include his joviality, honesty and loyalty.

He is also fiercely ambitious and not afraid to brave danger. Masuaku has a thing for fashion, loves travelling, spending time with loved ones, among other interests and hobbies.

What’s the point of being a top-flight athlete if one can’t earn a weekly wage of £40,000 pounds like Arthurito? How large can a premier league player who earns £2,080,000 (yearly) live? Let’s find out.

For Bio starters, Masuaku enjoys the financial gains of sponsorship and endorsements? That further explains why he has no worries of bankruptcy with his huge net worth of 10 Million Pounds.

With such wealth, it shouldn’t surprise you to see the left-back navigate the streets of East London in exotic cars or live in an apartment/house befitting for the King which fans see him as.

It wouldn’t surprise us to discover that he also has a jet cooling off in a hanger. See how Arthur Masuaku’s car makes driving look easy.

To wrap up this interesting piece on his Childhood Story and biography, here are little-known or Untold truths about him.

Research shows the average DRC citizen would have to work for two years to make what Arthur Masuaku earns in a week.

Since you started viewing Arthur Masuaku‘s Bio, this is what he has earned.

While It easy to classify Masuaku as a Christian, his beards leave room for doubts. Notwithstanding, the odds are largely tilting in favour of him being Christian. What do you think? Share your thoughts in the comment box.

Arthur is 2 points below Declan Rice 2020 FIFA score (79) and 8 points below his potential (86). It’s outrageous to note that FIFA gave low ratings to a player who was unstoppable in the attack, good defensively and physically.

How do we explain to the younger generation that Masuaku had an overall rating of 77 and a potential of 78 in 2020? It’s best such a discussion never comes up!

Thanks for reading this informative piece on Arthur Masuaku’s biography and untold childhood story.

We hope it has inspired you to believe that success can come through consistency. This is the secret of Masuaku’s success- a man who has made his mark by hitting milestones in his career.

It behoves now to commend the defender’s parents and brothers to his unflinching support to his career. Their faith in him never wavered from the time he started street soccer until he reached the Premier League.

At lifebogger, we take pride in delivering stories with fairness and accuracy. If you see anything that doesn’t look right, do well to contact us. otherwise, let us know what you think of him in the comment section.

Finally, to get a quick grasp of Arthur Masuaku’s Bio, use our Wiki table. It summarizes his profile.