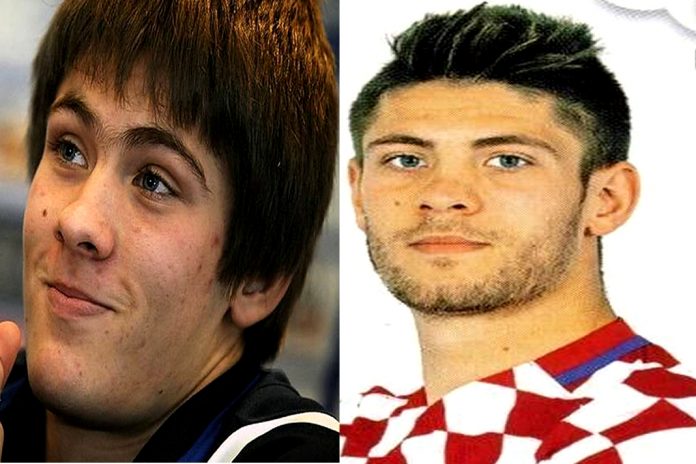 LifeBogger presents the Full Story of a Football Genius who is best known as Andrej.

Our version of Andrej Kramaric’s Childhood Story, including his Untold Biography, brings to you a full account of notable events from his early days to when he got fame.

The analysis of his Life story involves telling you events before he saw fame, his family background, relationship life, and many other OFF-Pitch facts (little known) about him.

Yes, everyone knows he was a big star in the Russia 2018 World Cup. However, only a few consider Andrej Kramaric’s Biography, which is quite interesting. Now without further ado, let’s Begin.

For Biography starters, Andrej Kramaric was born on the 19th day of June 1991 in Zagreb, Croatia. He was born to his parents; (his father’s name is Josip Kramaric and his mother’s name is Danica Kramaric).

Growing up in his hometown, Young Andrej had his taste of career purpose months after he learnt to walk.

He played street football with his peers and spent the better part of his first 5 years engrossed in the sport.

As Andrej’s love for football intensified, he thought less of studies, a development that saw him remain in Nursery school while his peers left him behind as they advanced on the academic ladder.

However, little Andrej, despite his parents’ awareness, was even more concerned about the fact that he no longer had peers to play football with.

This made him tender and emotional complaint to his dad. Josip Kramaric, his dad, figured that his son would fare better as a footballer, thus made a decision that was in line with his son’s destiny.

Josip Kramaric resolved to let his son embrace his passion by enrolling him at Dinamo Zagreb’s training grounds.

Recalling the momentous event years later, Andrej explained that he never knew his father would grant him free rein to indulge his passion. As Andrej puts it;

“One day, Dad put me in the car and didn’t say where we were going.”

They arrived at the training ground located at Zagreb’s Subiceva which was surprisingly five trams’ stop from their domicile.

Andrej’s excitement increased with every step he took as they walked towards the Coaches for academy enrollment.

His excitement, however, took a downturn when the coaches considered him too small to become one of their footballers.

However, pleadings by his father saw Andrej getting enrolled and joining his academy mates. 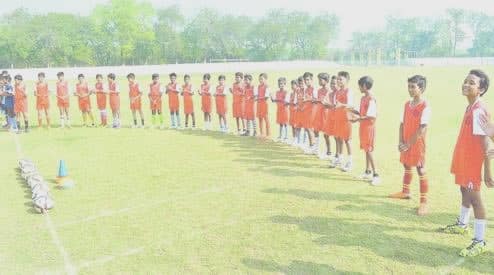 This was the start of an interesting football career filled with ups and downs. Now we take a pause [Continued below] at his early football career. Let’s go into his love life.

Who is Freundin? Andrej Kramaric Girlfriend:

Behind every great man, there’s a great woman, or so the saying goes. And behind almost every successful Croatian footballer, there’s a glamorous wife, wag, or girlfriend.

Andrej Kramaric’s lifestyle off the pitch builds up a complete picture of him.

Andrej Kramaric has been in a relationship with his childhood sweetheart, Freundin pictured below. 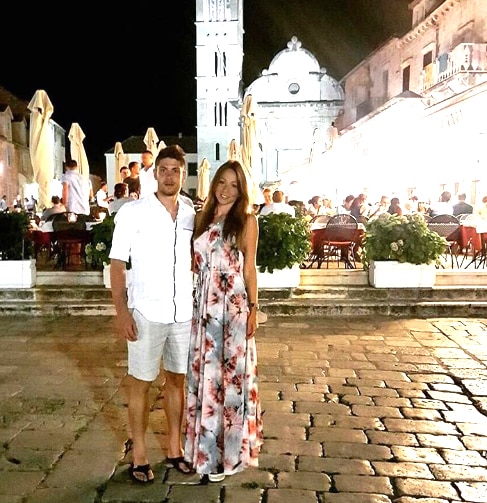 Their relationship took them from bestie status to true love. Andrej has once recalled that one of his earliest childhood memories was declaring his love for Freundin and believing they could get married someday. This finally happened in a secret ceremony.

Andrej Kramarić’s love story is all about providing humour in Love. This is seen as he gets fond of giving Freundin some lovely piggyback, to the amazement of onlookers. This shows how love-crazy he is for Freundin. 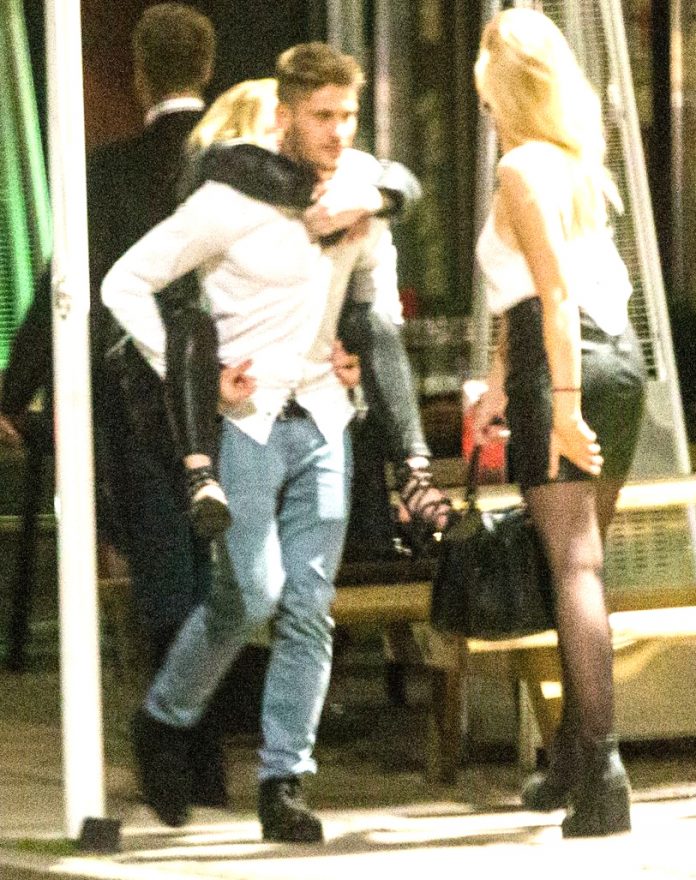 Kramaric committed subsequent years of his life to Dinamo until 2013.

One would expect that the promising player who scored over 450 goals for his youth team and won several awards (an example pictured below) would have a smooth career at the club. Unfortunately, that wasn’t the case. 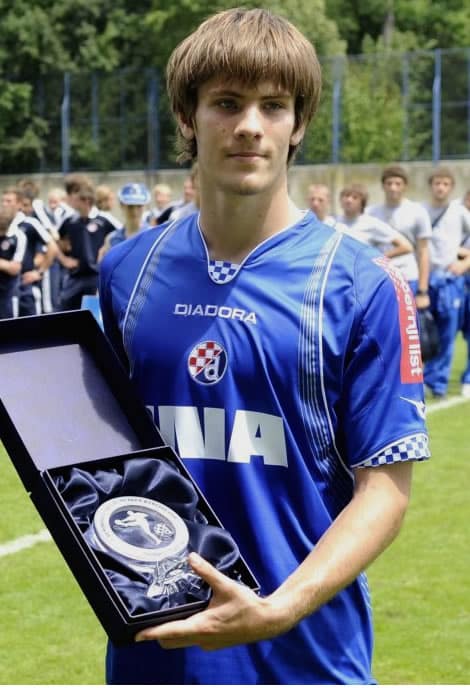 Andrej suffered from a lack of playing during his lengthy senior career stay. This led to him forcing a move to Lokomotiva Zagreb (on loan) where he picked up his prolific goalscoring form.

Returning to Dinamo as a Goal hero, Andrej once more found himself on the bench and complained bitterly about it.

Unhappy with his complaint, the club’s director club Director Zoran Mamić, resolved to do away with him by placing him on the transfer list which saw Andrej land at Rijeka.

At Rijeka, Andrej seemingly worked to pay back the Frustrations his youth club put him through by helping Rijeka defeat his former club and reigning champions Dinamo Zagreb to clinch the Croatian Supercup.

Andrej’s impressive form at Rijeka caught the eye of the then relegation battling club Leicester City which signed him in 2015.

He, however, failed to make the club’s first team and played only two games which were three more shy to secure him Leicester city 2015–16 Premier League winners medal. 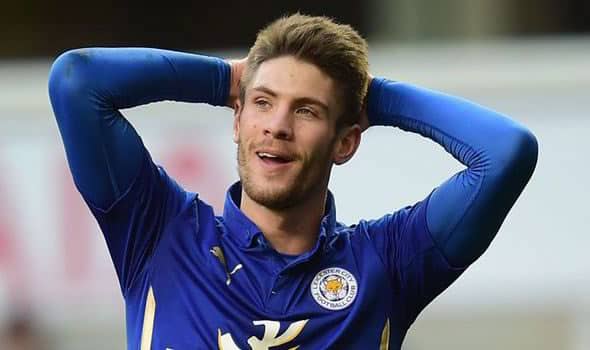 He was thereafter loaned to the German club, 1899 Hoffenheim in January 2016 and signed a four year deal with the club in May 2016.

It was in the German league that Andrej who was considered a Leceister flop, achieved international fame by helping the club finish top-four in the Bundesliga league and setting them on course for champions league in April 2018. The rest, as they say, is history. 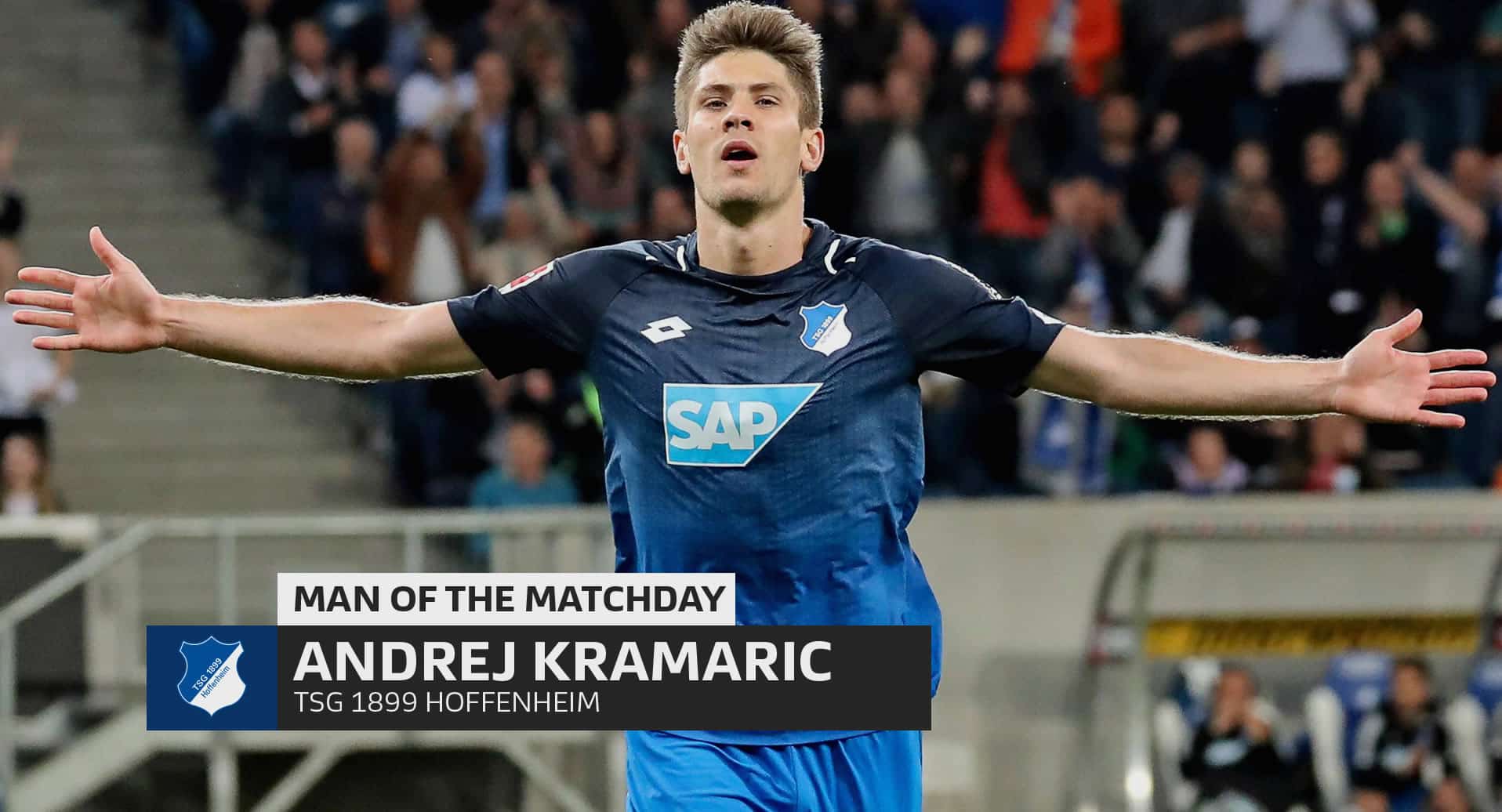 Although little is known of Andrej Kramarić personality outside football. You’ll have to dig deep into the Croatian press before finding info in his girlfriend, mother, father, brothers, sisters, uncles and aunties.

However, we bring you the personality which he brings to the sport as related by sports journalists and fans. 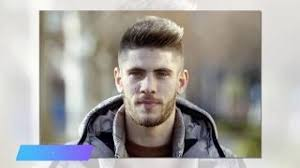 Rijeka journalist Daniel Vukusic describes Andrej as a good-natured and conserved soul who has a great focus for his football career. According to the Journalist;

“Andrej is a low profile and quiet person. He is a polite and good mannered guy, He doesn’t go partying and never shows off his money.

He is dedicated and very professional in every training session.

Whoever signs him, will get a great person as well as a talented modern striker.”

On their part, fans find Andrej personality worth emulating. one of Rijeka fan group leaders, Goran Grudic asserts that;

“Kramaric is very down to earth and modest, and that’s why fans really love him. He is a clean player too.

Taking both his skills and his character into consideration, you are looking at a player who will be more than welcome in any squad.”

Andrej has been often compared to Davor Suker (a retired Croatian footballer and the current president of the Croatian Football Federation) by coaches, fans and sports writers. Sit back as we unravel how Andrej measures up to the football legend.

Šuker like Andrej began his footballing career in his hometown and functioned in the capacity of a striker.

Like Andrej, Suker who is also Croatian has a history with Dinamo Zagreb a development which made  Dinamo provide Andrej with the number 9 jersey, a number worn by sucker in his heydays.

In addition, the duo happens to be prolific strikers who became top goal scorers in their respective leagues.

At LifeBogger, we strive for accuracy and fairness while delivering you the Biography of Croatian Footballers. If you see something that doesn’t look right in this article, please place your comment or contact us!.

Currently, Andrej has no girlfriend.