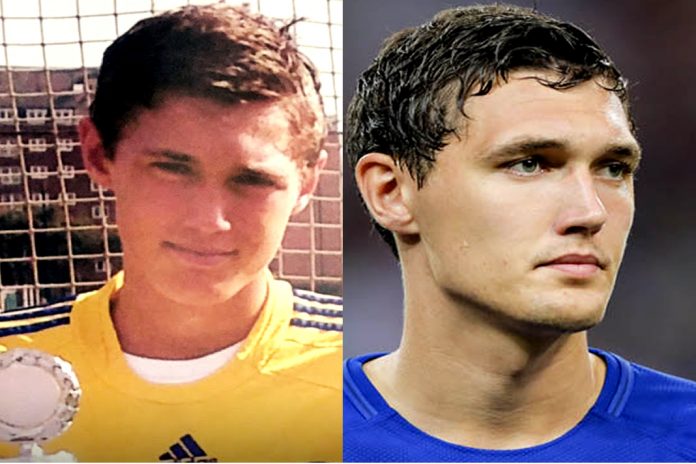 Lifebogger presents the Full Story of a Defender best known by the Nickname; “The Quiet Humble Dane”.

Our Andreas Christensen Childhood Story plus Untold Biography Facts brings you a full account of notable events from his childhood time to date.

The analysis of Andreas Christensen’s Biography involves his life story before fame, family life, parents, lifestyle, wife (Katrine Friis), personal life, net worth and many off-pitch facts about him.

Yes, everyone knows about his humble looks, but few consider Andreas Christensen’s Biography, which is quite interesting. Now, without further ado, let’s Begin.

For Biography starters, Andreas Christensen was born on the 10th day of April 1996 in Lillerød, Denmark. He was born to his mother, Tina Christensen and father, Sten Christensen, who was a former goalkeeper.

Andreas Christensen grew up in Blovstrød alongside his only brother Magnus in Lillerød, Denmark. He started liking football at the tender age of seven, and his dad convinced him to start an early career.

As his dad Sten puts it;

“I would say the first time I really saw MY SON’S talent was when he was seven or eight years old. When he had the ball at his feet, he wasn’t looking down, he was looking up.

He had a special style when he was running with it. This was when I knew my son had the potential to be a footballer.

Back then, I drove him to his youth club five or six times a week for six years. It was a 90km round trip so it was a lot of driving.

As a father, it was also nice to spend that quality time together. When I started coaching there as well, it was perfect.”

When Andreas Christensen was very young, he played as a striker, a right-winger and he also played left-back.

He could still play in a lot of positions. His strength is in reading the game. He got good at it quickly, and that was it.

Andreas spent eight years (2004–2012) at Brøndby IF, attracting the interest of Europe’s elite clubs like Arsenal, Chelsea, Manchester City, and Bayern Munich all thanks to him becoming the most promising youth footballer in the country’s region.

During his time Brøndby IF academy, he led his team to win both the FA Youth Cup and UEFA Youth League.

It was Chelsea who got lucky to acquire him. On 7 February 2012, Christensen signed for Chelsea on a free transfer, near the end of André Villas-Boas‘ tenure as the club’s manager. Upon joining the London side,

Christensen said: “I have chosen Chelsea because they play the kind of football I like.”  The rest, as they say, is now history.

When Andreas Christensen got a breakout season at Chelsea and became a mainstay in the Blues’ defence with some impressive performances, he also got himself a stunning missus who makes him look like a totally different man off the pitch. 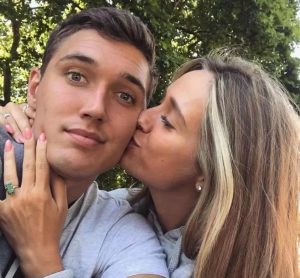 And like the popular saying goes, behind every successful man is a woman, so sit and let us introduce you to the woman that makes Christensen happy. 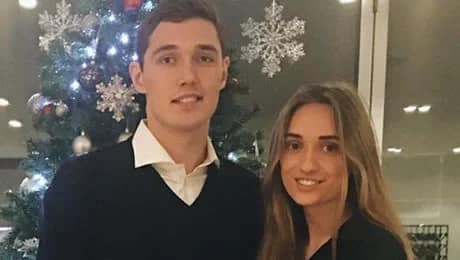 Katrine Friis is Danish beauty who loves cheering on her beau in the crowd at Stamford Bridge. She loves to post many photos of her gorgeous self-stood in the stands or in a posh box.

In fact, there are no bounds when it comes to her support, and indeed, LifeBogger salutes her for being the ultimate cheerleader. 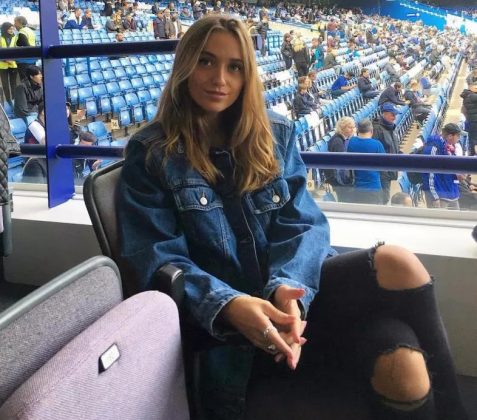 She’s also a fan of designers, and loves shopping and wearing bikinis. When your boyfriend is a footballer, you surely must be allowed a shopping allowance. Andreas Christensen surely gives her lots of monies.

Katrine loves her bikini, and she is not afraid to show off a bit of skin to achieve that all-over tan. With a bikini body like hers, those James Bond casting directors would surely look no further than Katrine.

She is one that definitely loves travelling as she has been to Thailand, the Maldives, Greece or even Denmark and France. Both Katrine and Andreas are the owners of a cool dog they called Marley. 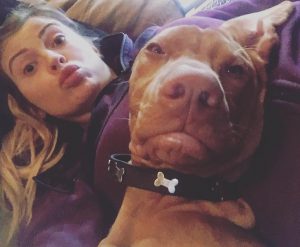 First things first, there are two recurring themes when talking to the people who know Christensen the closest.

He is almost stereotypically cool and calm, as the Denmark national character is often painted to be. 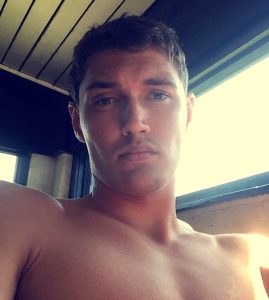 Andreas Christensen’s Weaknesses: His humble looks are often taken for granted. He looks represents someone who could have been bullied while in his youth.

What he likes: Taking on leadership roles, physical challenges, individual sports and playing in the pool with friends (Victor Moses, Gary Cahil etc.). 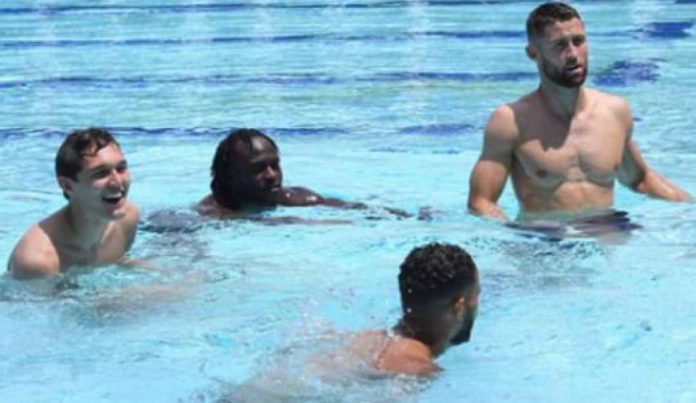 What he dislikes: Inactivity, delays, and work that does not use one’s talents.

The presence of Andreas Christensen on the pitch marks the beginning of something energetic and turbulent. 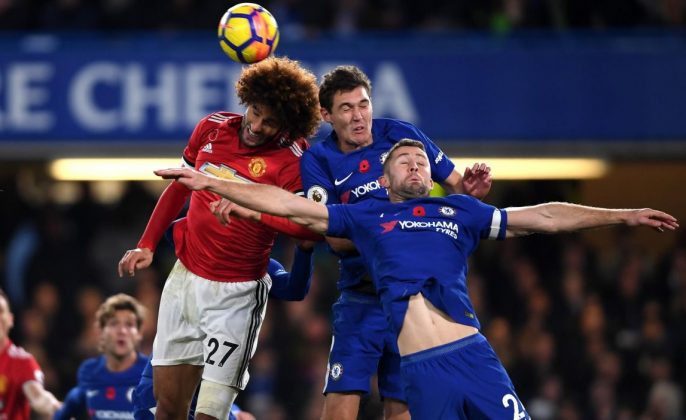 Patience may not be a virtue that runs strongly in the Christensen family. Andreas’s father-manager, Sten, is truly a man who means his word.

He has once threatened that Andreas will leave Chelsea if he does not see consistent and substantial playing time. The London club granted the former goalkeeper’s wish. 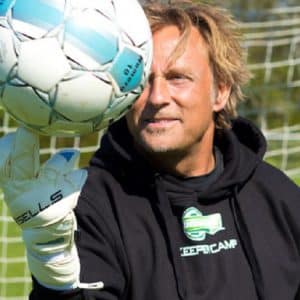 Little Andreas Christensen spent most of his childhood years with his dad, who he describes in the following words;

“My father’s temperament is quite strong.

He was a goalkeeper, a little bit crazy and I’m probably more like my mum, more laid back.

He stopped when I was born and I never saw him play but I think he was pretty good.”

“When Peter Schmeichel went to Manchester United, Brondby bought my Dad instead.

Big shoes to fill. He always played in the best league in Denmark.

So I guess he wasn’t bad and I grew up with him as a coach.”

“He started up a local club because we didn’t have a team.

I played with boys who were one year older than me and I’ve grown up with that all the way to Under-17.”

“He definitely shouted more at me than the others.

And when we got home he would actually tell me stuff he didn’t want to tell me in front of the other boys.”

“So I grew up feeling… not exactly pressure but your dad is the coach and although he tried to make it fun he’s probably a big part of what I’ve achieved.”

It still remains a family tradition that every member of his family must pick up at an early time and at an age that is below normal.

Christensen started kicking a football as a two-year-old. He mastered footballing art when he was four, and his dad had to lie about his age because, in Denmark, you can’t start to play until you are five.

Andreas was surrounded by a strong family unit, with his mother Tina and younger brother Magnus supporting him as he aimed to follow in his father’s footsteps. 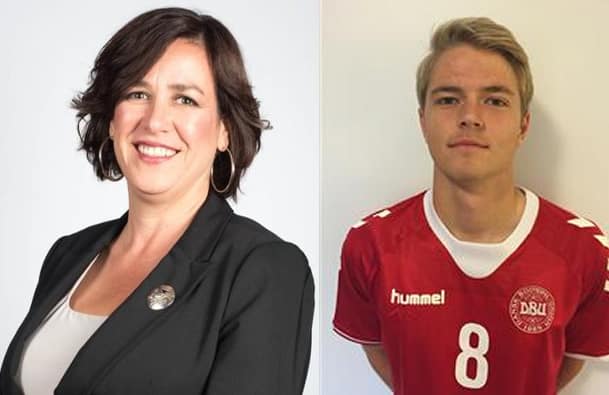 So we told people at his first club that he was five years old when he was only four. Then he started at a little club in Nordsjælland. Nordsjælland football club raised the likes of Andreas Skov Olsen and Mikkel Damsgaard.

When Andreas was 10 years old, he asked his dad if it was okay to join Brondby to train out there at a higher level. So his dad said yes and told him to go out there.

He took him there to play and one of the coaches there, John Ranum, he said, ‘Okay, we see Andreas as a six but we would need to teach him to defend so we can put him down as a centre back so he can defend a bit more.’

Thanks for reading our Andreas Christensen Biography facts.

At LifeBogger, our team strive for accuracy and fairness in the quest to deliver Danish Football Stories. Kindly stay tuned for more! The History of Pierre-Emile Hojbjerg and Jonas Wind will excite you.