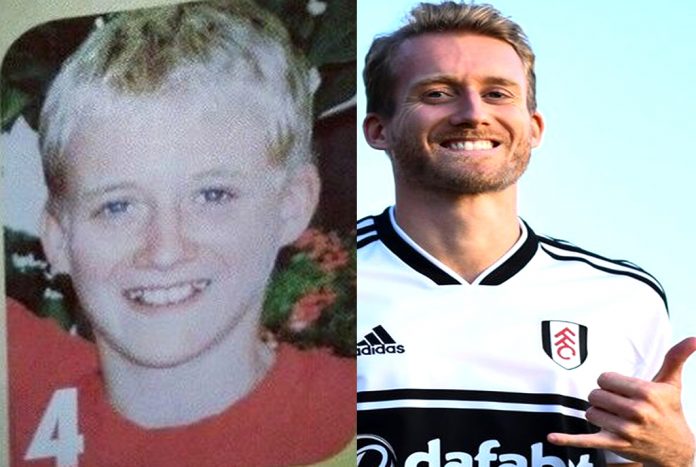 LifeBogger presents the Full Story of Football Genius, who bears the name; “Horst”.

Our Andre Schurrle Childhood Story plus Untold Biography Facts brings you a full account of notable events from his childhood time to date.

The analysis involves his life story before fame, family background, relationship life, heartbreak story, and other OFF-Pitch facts (little known) about him.

Yes, everyone knows he was among the 2014 FIFA World Cup Winners with his country Germany. However, not many soccer fans have read a detailed version of Andre Schurrle’s Biography, which is quite interesting. Now without further ado, let’s Begin.

For Biography starters, his full names are André Horst Schürrle. Andre Schürrle was born on the 6th day of November 1900 to his mother, Luise Schürrle, and father, Joachim Schürrle in Ludwigshafen, Germany.

Judging from their looks, Andre Schurrle’s parents pictured below had their kids probably in their early 40s – at the time of writing Schurrle’s Bio.

Andre is one of a few footballers born just a month after East and West Germany reunified, which happened on October 3, 1990.

Andre Schurrle was brought up from an athletic family background. Andre’s sister, Sabrina Schurrle, is an athlete, while his father was a youth volunteer worker at Ludwigshafen youth football club, located in the town he was born.

Having seen young boys excel in football at his workplace, Joachim Schürrle advised his son, Andre to take football seriously. This was around the year 1997, when Schurrle was only used to playing street football.

Andre Schurrle, thanks to his father’s advice, enrolled into the roster of a local youth team, Ludwigshafen SC in the year 1998. Below is a young Schurrle with his teammates and youth coach.

Andre Schurrle’s mother once had her concerns about her son’s involvement in football due to fears of injuries. Louise Schürrle, was known to always be on the sidelines watching her son play his football with the boys. 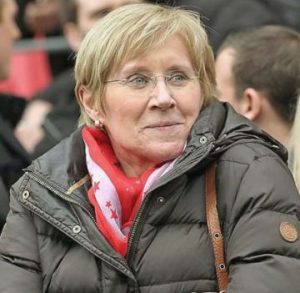 Each time soon as André was fouled, his mother could not look any more as she was filled with fears and flooded hands on her face.

Soon afterwards, her fears disappeared after seeing saw her son gaining confidence, managing himself and even becoming a mentor to younger kids. 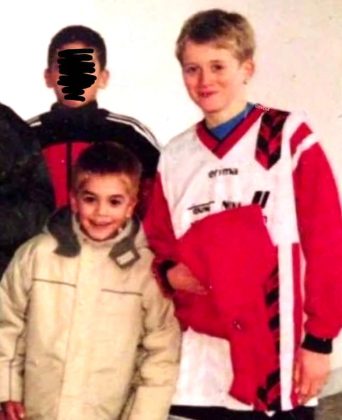 Despite early fears, support from home continued which made André strong

Says Laudenbach, Andre’s former youth coach and family companion. It is pertinent to note that Andre Schurrle started out as a defender before converting to a striker.

Before he left the club, Schurrle outgrew all footballing ranks as he was rated as the club’s best penalty taker and highest goal scorer. 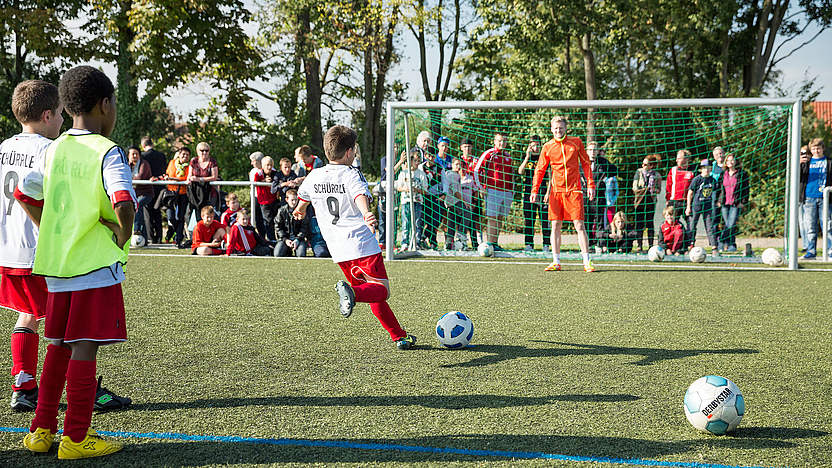 Exemplary youth work led Andre to be promoted to Mainz senior team just 3 years after joining their youth side.

André Schürrle celebrated early successes at Maiz, which saw him moving to Bayer Leverkusen in 2011 and then Chelsea in 2013. The rest, as they say, is now history.

Behind every great man, there’s a great woman, or so the saying goes. And behind almost every 2014 FIFA World Cup winner, there’s a glamorous wife, wag or girlfriend.

Without a doubt, Andre Schurrle’s striking abilities, as well as his lifestyle off the pitch will help you build up a complete picture of him.

Before the 2014 FIFA World Cup, Andre was once in a strong romantic relationship with Montana Yorke whom he met in London (the year 2013) when he was under contract with Chelsea.

André and Montana had the same hairdresser in London. They met each other on the street. She gave him her number, and he called. They went on a date – and both fell in love. 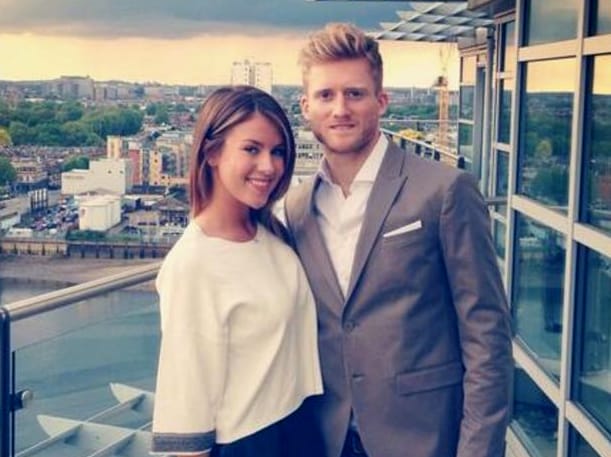 Montana is presently a model, born and raised in Vancouver, Canada. Before meeting Andre Schurrle, she worked as a waitress in Germany. 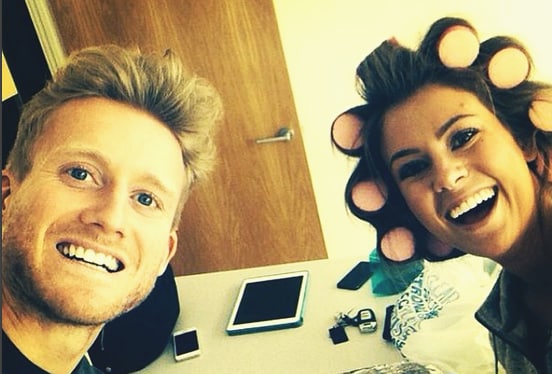 She often spends the whole of her day posting about Andre football exploits on her eponymous Instagram account.

In the 2014 FIFA World Cup, Andre’s football act, even the moments he felt like crying (tears of joy) about his team winning the FIFA World Cup, was very much complimented by his love, Montana. 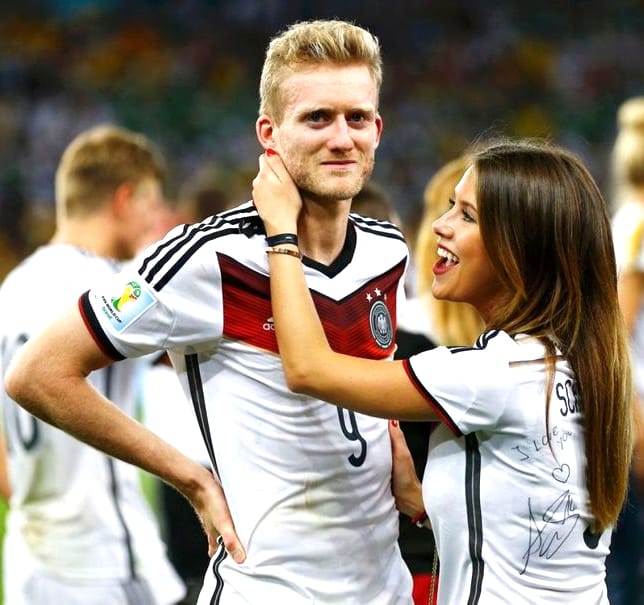 Having shared lovely moments and being confident about each other, Andre decided to take his relationship to the next level.

Ideally, their decision to get married came after both shared true emotional moments at the 2014 World Cup. The big social news in Germany came when Andre once popped the;

will you marry me marriage question…

Andre got the perfect answer, which is;

Out of happiness, Andre Schurrle decided to post a photo of Yorke’s hand in a tweet bearing the precious new ring as seen below. 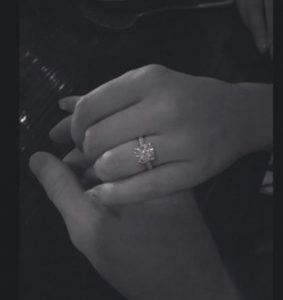 This was followed by them sharing tweets (See Below) about their new relationship status. For Andre, it was about Montana saying Yes to his proposal. For Montana, it was about being mature. 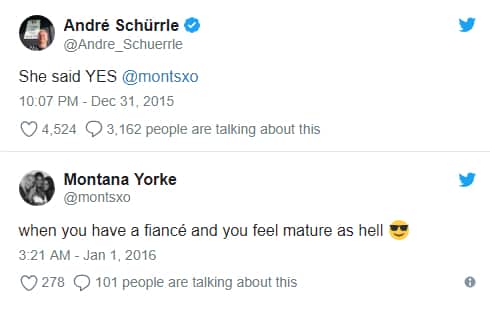 A point to Note: Their lovely marriage proposal happened in a helicopter flight over Southern France. 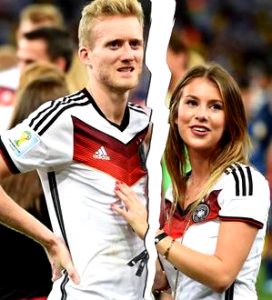 The Big Social News in Germany and the UK which headlines a BreakUp between André Schürrle with his fiancee Montana Yorke broke the hearts of fans who believed both lovers were on the verge of settling down.

When asked why he ended his relationship, Andre said;

We had two wonderful years, but we have decided now to go our separate ways.

Having researched why they broke up, it was observed that Montana had problems coping with the pressure of her marriage proposal with her famous fiancé.

In addition, she was homesick about her country Canada. Ideally, there was no way Andre Schurrle was going to abandon his football for the North American country.

After their breakup, Andre, unfortunately, ran into his ex severally as she was best friends with Mario Gotze’s girlfriend, Ann Kathrin-Brommel. This is according to 101 Great Goals. 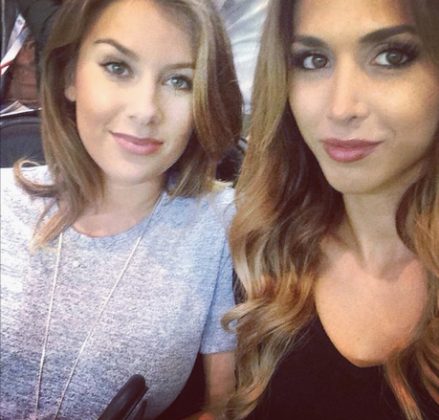 It took Andre Schurrle 6 months to get over his heartbreak and finalize his quest to find love again. 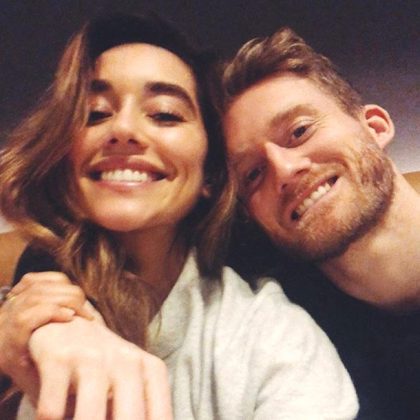 Anna Sharapova became that golden lady who made Andre Schurrle find shade and Solace away from his troubled emotional reality.

They started their relationship just six months after the split between Andre and Fiance Montana Yorke.

Anna Sharapova, who was born in Kazakhstan, is a fashion model and a graduate of architecture at the Free University of Berlin. Both lovers met during her fashion show in Germany.

The fashion model once made a commitment as regards following Andre anywhere his career journey took him.

Andre, as seen below, is very much confident about Anna and believes his heart won’t be broken anymore. 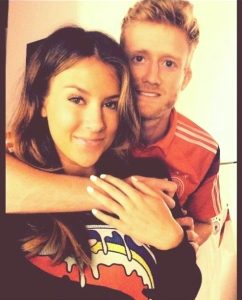 As at the time of writing, both lovers currently live in Fulham, West London, England. 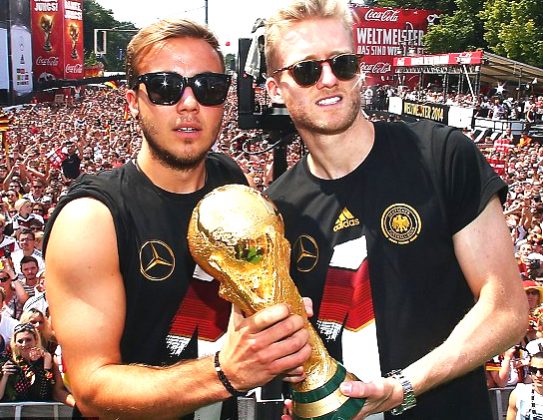 Andre Schurrle provided the 2014 World Cup-winning assist for Gotze in the final against Argentina. Although, he was merely an impact substitute under Joachim Low.

Despite helping his country with that assist, Schurrle was disregarded by Low after the group stage Euro 2016. 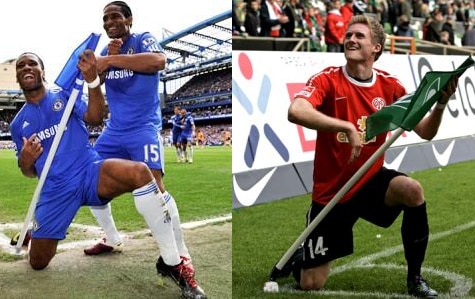 Just like Didier Drogba, Andre Schurrle has a long history of celebrating his goals with the corner flag. This implies his love for the guitar. 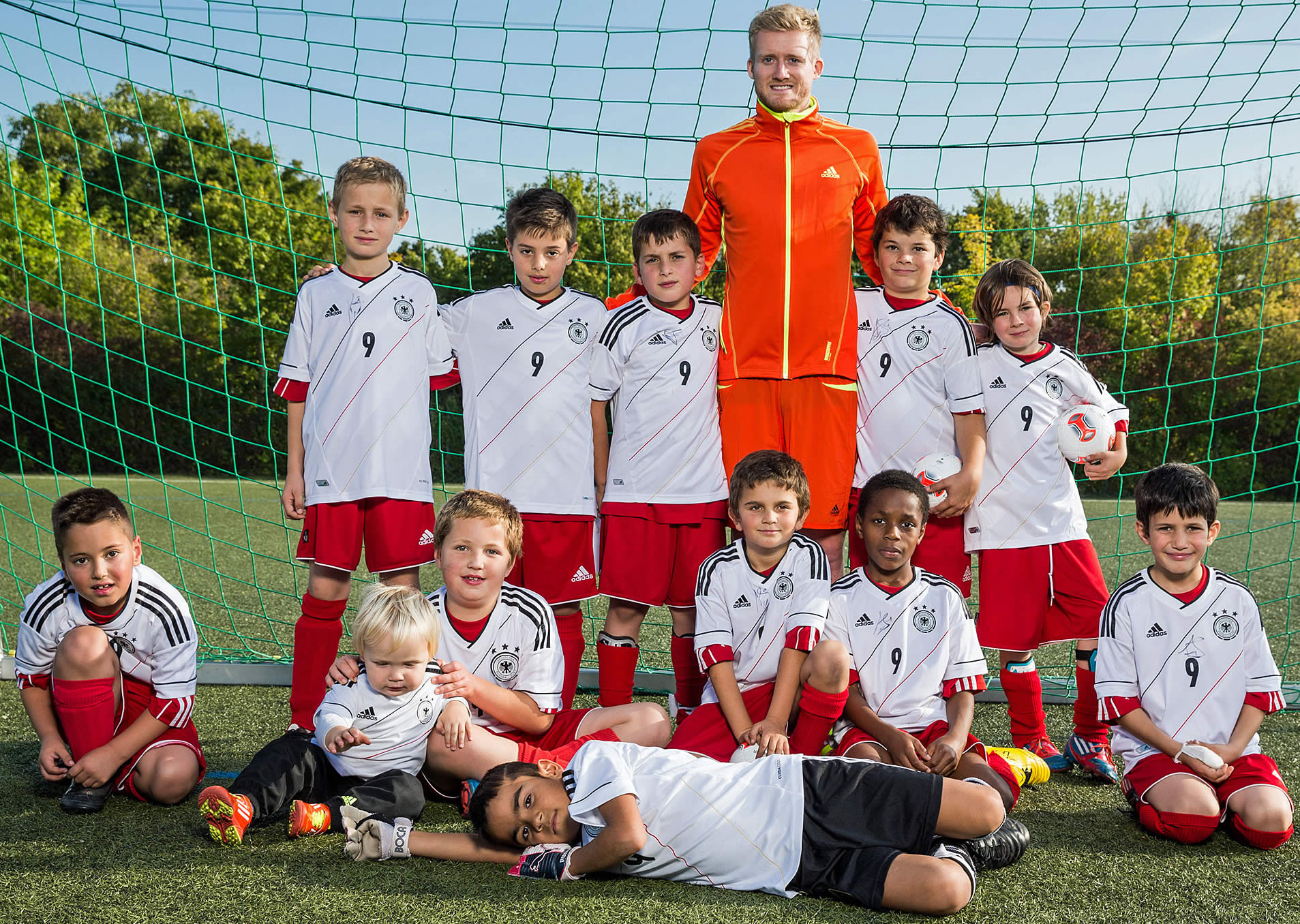 One fact about Andre Schurrle’s Personal Life is his down-to-earth personality. Andre occasionally visits his childhood club to motivate the kids who love him and see him as a mentor.

FACT CHECK: Thanks for reading our Andre Schurrle Childhood Story plus untold biography facts. At LifeBogger, we strive for accuracy and fairness. If you see something that doesn’t look right in this article, please place your comment or contact us!.