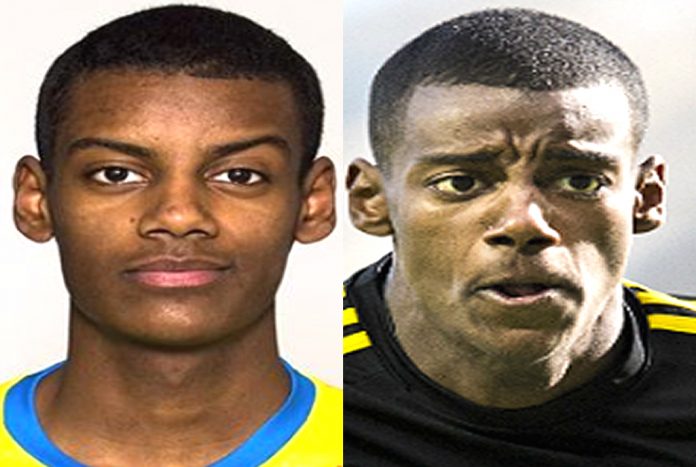 Lifebogger presents the Full Story of a Football Genius best known by the nicknames; “The New Zlatan” or “Giraffe”.

Our Aleksander Isak Childhood Story plus Untold Biography Facts bring to you a full account of notable events from his childhood time to the moment of football fame.

Yes, everyone knows he has been making waves in Europe and is seen as the heir apparent to Zlatan Ibrahimovic.

However, only a hand few of football fans consider Alexander Isak’s Biography, which is quite interesting. Now, without further ado, let’s begin.

For Biography starters, the Swedish star Alexander Isak, was born on the 21st of September 1999. Alexander was born to his parents named Mr and Mrs Isak, in the municipality of Solna, Sweden, which is located in the photo below.

Alexander didn’t just grow up alone with his parents. He was raised in Solna alongside his brother, Sened Teame. Both brothers all had their early life at the Stockholm metropolitan area, Sweden.

Alexander grew up in a middle-class family background, one whose household still remains concentrated with a high East African migrant culture.

This brings us to information about his family origin.

Did you Know?… Alexander Isak’s parents have their family origin from Eritrea, a country just around the Horn of Africa, bordered by Sudan in the west, Ethiopia in the south, and Djibouti in the southeast.

According to Human Rights Watch report, the Eritrean government’s human rights record is considered among the worst in the world.

As a result of the political situation and the lack of human rights in the country, Alexander Isak’s parents decided to leave the country for the fear of their lives and to secure a better future for their unborn children.

Sweden was seen as the best destination for Mr and Mrs Isak, a country where they had their son Alexander.

Growing up in Solna Municipality as a migrant family didn’t stop the quest for his early education as his parents could afford it.

In fact, Alexander was like any other children of migrant origin who had access to early education in Sweden. 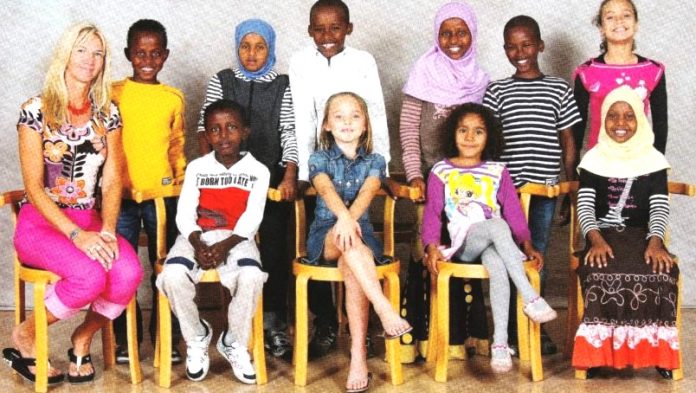 Having seen migrant students progress slowly through school and many dropping out at high rates, Alexander decided to devote all his energies to soccer, a sport he grew in love with.

This development immediately paid its dividends as he got called for trials with his municipality’s local side AIK Fotboll.

Starting off, Alexander’s passion for soccer saw him at the age of 6 getting passing trials and getting enrolled at the local side AIK Fotboll.

As Alexander continued to mature, he saw himself settling well into life with the Academy, handling pressure and making serene progress through the age groups. 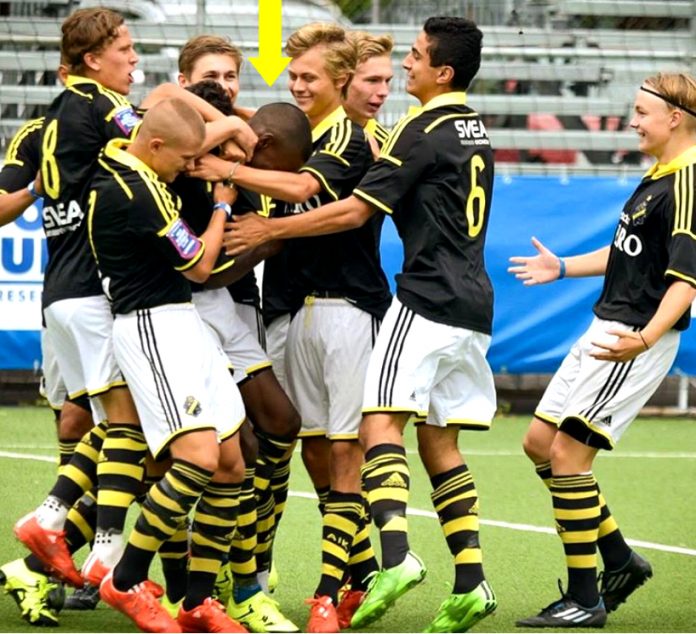 As Alexander progressed into his teenage years, his goal instinct came out.

At this time, Alex had already acknowledged Zlatan Ibrahimovic as his idol. This decision reflected the act of being supremely talented with an eye for goal.

On 23 January 2017, Alexander Isak made a decision to leave his family in Sweden for Germany in order to continue his football maturation.

He got called up by Dortmund, a club famous for projecting young talents, eg the likes of Jadon Sancho, Ousmane Dembele, and the US-born Christian Pulisic. 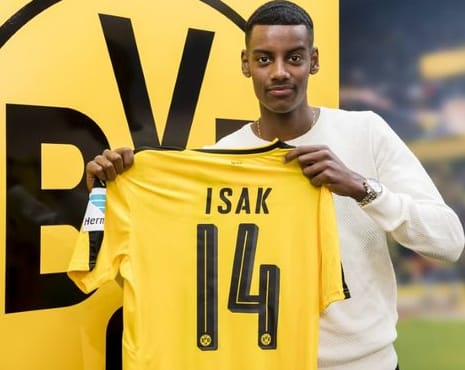 Simply being wanted by a top German club was a confidence boost for the young Isak, who felt the need to be exposed to a new culture, training method, and habit. While in Germany, Alexander Isak stayed in digs with family relatives.

At Dortmund, there is a clear pathway for Alexander Isak as his manager Thomas Tuchel showed he has no qualms about trusting him.

During his first season, Alexander Isak joined the team and went on to win the 2016-2017 DFB-Pokal Cup. 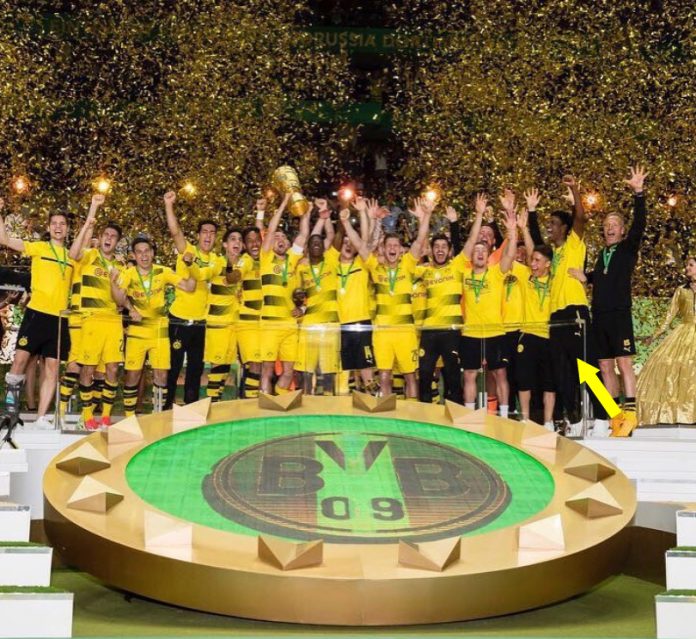 Alexander Isak went on to join a clutch of highly-rated youngsters, notably Ousmane Dembele, and Christian Pulisic, who all sought to follow the path of Lewandowski.

In a bid to gather experience, Alexander Isak was loaned to Dutch Eredivisie club Willem II, where he has become high and mighty in scoring goals, as seen in the video below. Credit to Cabazaya.

With his rise to fame in Europe, the question most fan’s lip is probably…

Who is Alexander Isak’s girlfriend or WAG or Wife?.

There is no denying the fact that Alex’s handsomeness, height and superb style of play wouldn’t make him an apple of most woman’s eyes. 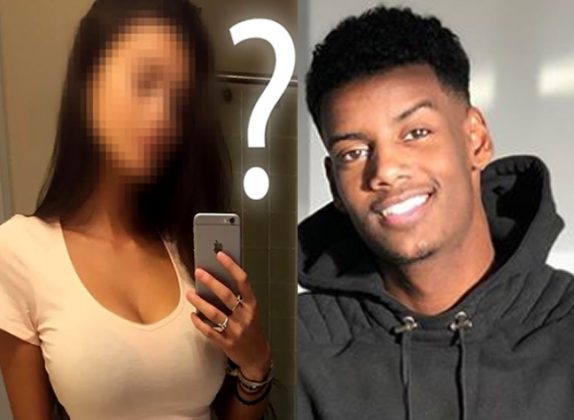 Presently, as at the time of writing, Alex has preferred to focus on his career and has sought to avoid any spotlight on his private life.

His possibly hidden romance is one that escapes the scrutiny of the public eye simply because his love life is private and possibly drama-free.

Getting to know Alexander Isak’s Personal Life would help get a complete picture of him.

Starting off, he is someone with a self-styled methodical approach to life which ensures that things that would make him succeed aren’t left to chance or taking or overlooked. 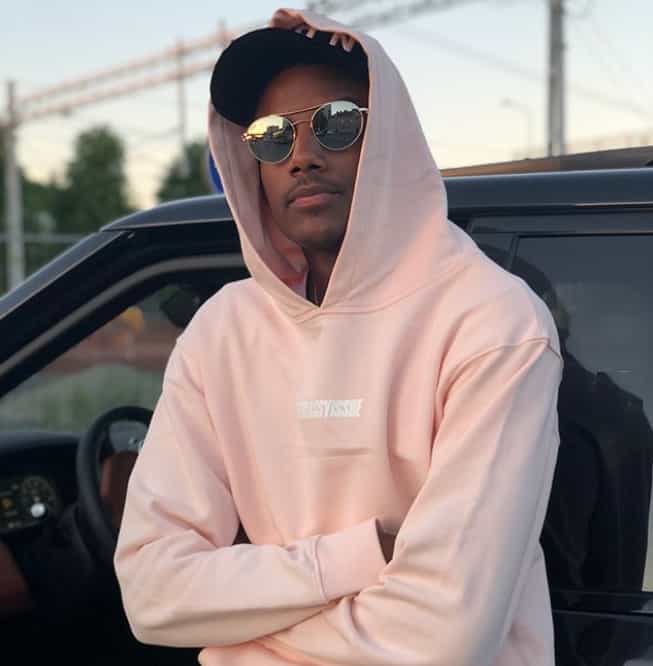 Alexander’s deep sense of humanity makes him one of the most loved footballers of Eastern African origin.

Did you know?… Alexander plays a great role in his football grass-root projects in Asamara, the capital of Eritrea.

Below is a photo of Alexander opening his tender heart to his Eritrean brothers and sisters.

Seeking a video of his goodness in humankind surely makes the Swedish-born Eritrean one of the most compassionate footballers of East African origin.

Alexander Isak made his half-a-million dollar fortune with Borussia Dortmund. Presently as we write, he is now a millionaire who is smart about managing his football monies.

This means living happy and not spending like crazy or changing his lifestyle. 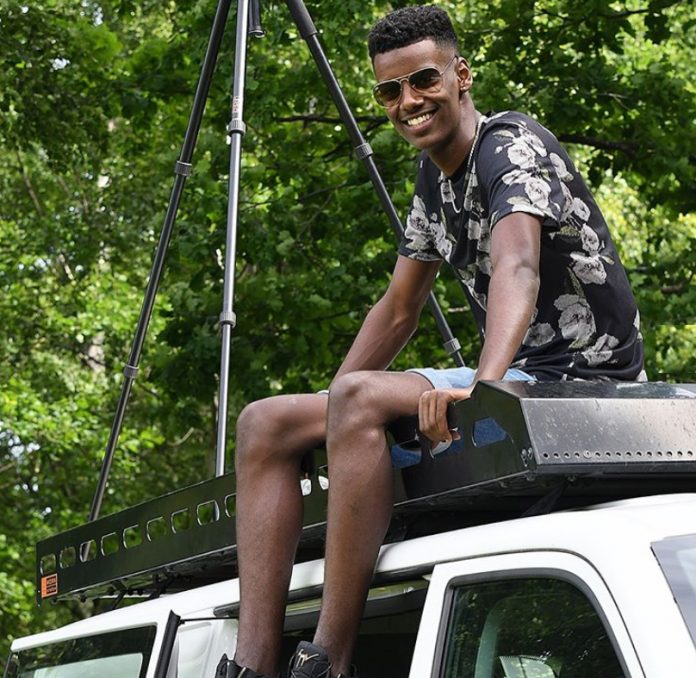 Alexander Isak isn’t the type of footballer who is easily noticeable by a handful of pretty impressive cars, booze, the swagger, and girls. He would rather prefer to spend his monies on trips to Thailand’s Maya Bay Islands.

Isak once rewrote history at the tender age of 17. At the age of 17 years, 3 months, and 22 days old, he broke a record. He became the youngest player ever to score a goal for the Swedish national team- beating a 105-year-old record. 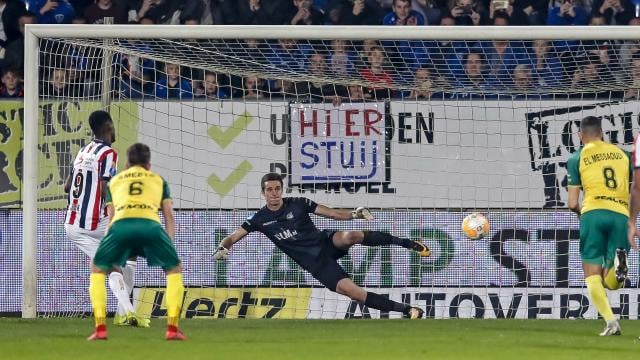 Thirdly, Alexander Isak was the best foreign striker in the Dutch League. A Baller who scored the most goals in their first 12 games. The next person who has achieved this feat is Ronaldo Luis Nazario De Lima. 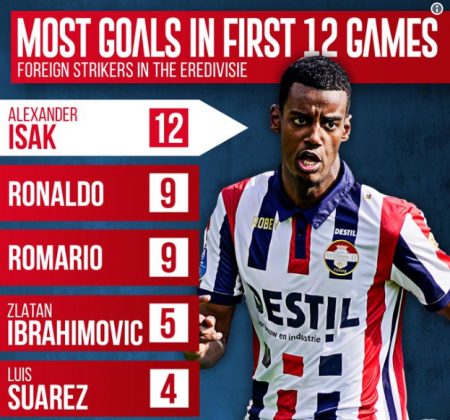 Alexander Isak exemplifies his parents as well as his hard-working Swedish Eritrean community. His parents are at present, reaping the benefits of instilling a tough mentality into their son.

Alexander Isak’s parents are among approximately 321,000 Eritreans who are currently living in Europe. And who speaks Tigrinya as their mother tongue.

FACT CHECK: Thanks for reading our Alexander Isak Childhood Story plus Untold Biography Facts. At LifeBogger, we strive for accuracy and fairness. If you find something that doesn’t look right, please share it with us by commenting below. We’ll always value and respect your ideas.

His parents left Eritrea because we were occupied by Ethiopia and fighting for our survival. The Family including Alexander visit Eritrea often and he wears our flag on his shoes. This is basic info You can easily find pics of him in Eritrea every year before Covid .