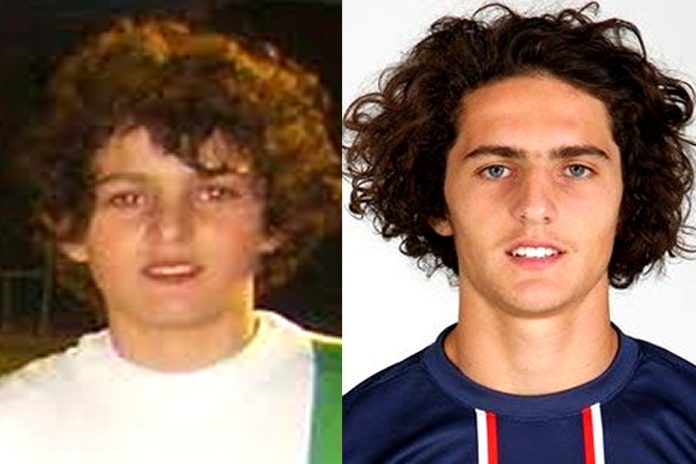 Lifebogger presents the Full Story of a Football Genius who is known as ‘Adrien‘.

Our Adrien Rabiot Childhood Story plus Untold Biography Facts brings you a full account of notable events from his childhood time to date.

Yes, everyone knows about his tactical intelligence and composure in the field of play. However, not many Soccer fans have read an in-depth version of Adrien Rabiot’s Biography, which is quite interesting. Now without further ado, let’s Begin.

Starting off, Adrien Rabiot was born on the 3rd day of April 1995 at Saint-Maurice, France. He was born to his father, Michel Rabiot and his mother, Veronique Rabiot.

Adrien’s father, Michel Rabiot, was an avid fan of football whose passion for the sport was contagious. Consequently, his wife and son became actively involved in the sport.

It was only a matter of 5 years after Adrien’s birth that Michel Rabiot’s passion for football was brought right into his family life and dominated it thereafter.

Football became a family affair as well as the cement that binds the family’s dreams and aspirations.

At the tender age of 6, Adrien was considered mature enough to play competitive football and was enrolled at Creteil’s youth academy, where he committed the next six years of his life to.

Rabiot moved to Paris Saint Germain Youth Club In 2012 and made the club’s first team that same year.

It was at Paris Saint Germain First Team that Adrien put up fierce tackle and ball interception skills that made many consider him as a French football prodigy capable of leading the French National football team in the future. 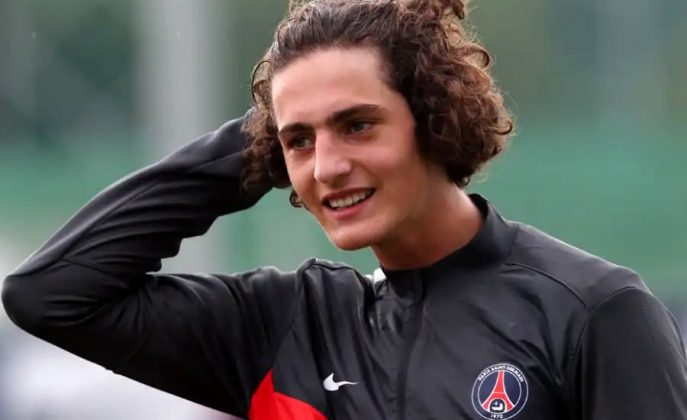 Rabiot’s mother, Veronique Rabiot, has played the role of an agent for her son ever since he was in youth clubs and acted as a background guiding force that seeks to secure his interests wherever he goes.

The mother, who is keen on ensuring that her son’s football career goes nowhere but up was instrumental in withdrawing Adrien from Manchester city youth football club as well as threatening to see his exit from PSG if he is not given more playtime.

The Baller’s father, Michel Rabiot, unfortunately, suffered from locked-in syndrome. This is an illness that took over him before his son’s rise to stardom.

Michel Rabiot, who was a long-time fan of PSG, can only express delight in his son’s performance and achievements in the field of play by moving his eyes as all other muscles are no functional.

Speaking on what he feels concerning his father’s illness, Adrien recounts that:

“Unless youv’e experieced this illness you don’t know what it is like. It’s a very frustrating feeling.

Ever since his stroke, when I go out on the pitch, I’m fighting for him too.

He was the one who introduced me to football and he knows it very well. He still has all his cognitive functions, he’s the same on the inside. When I told him I was turning pro I could tell by his look that he was proud.”

Adrien has a liking for dogs and is not shy to exclude that from matters he feels should be private. Yes, he likes his dogs, huge and in various colours.

The Baller’s international career has been a mixture of instability. Ever since he made his first appearance on the 13th of August 2013. It happened for the French Under-21 team, starting in a 0-0 friendly draw with Germany in Freiburg.

Subsequent international appearances saw him listed as a standby by for the full side’s UEFA Euro 2016 squad.

He finally made his debut for the French National Team on 15 November 2016 against Ivory Coast but was unfortunately replaced by Thomas Lemar after 78 minutes of the 0–0 friendly home draw, due to a hamstring injury. 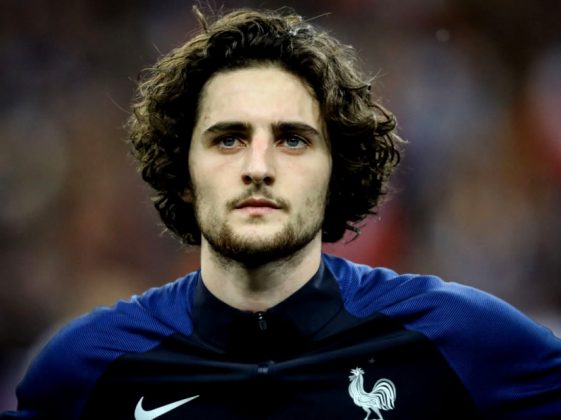 Fast forward to May 2018, he was put on the reserve list by manager Didier Deschamps for the 2018 FIFA World Cup squad.

An offer he exempted himself from by sending the coach an email. That email notes that he would not “be able to follow the training programme”.

Many consider his rejection of the call up to be a refusal to be put on the standby list, the same list he was earlier put on for UEFA Euro 2016 squad.

Responding to the outrage sparked by his controversial decision, Adrien remarked that:

“I will not allow people to speak on my behalf when it comes to my relationship with the France national team, If I decided to remove myself from the list of reserves, it is because I consider the choice of the coach, regarding me, to not correspond to any sporting logic. I am a competitor at heart, but I am also a man and I would have liked to have been considered with this such title.”

For one who lives an extremely private life, Adrien’s Social media activity is low. We can consider it as an antithesis of his conserved disposition.

Think of how social a conserved footballer can be, think of Adrien and his social media handles.

Thanks for reading our version of Adrien Rabiot’s Biography and Childhood Story. At LifeBogger, we strive for accuracy and fairness in our quest to deliver you the Biography of French Professional Footballers. Surely, the Biography Story of Laurent Koscielny, Benjamin Pavard and Lys Mousset would interest you.

If you find something that doesn’t look right in Adrien Rabiot’s Bio, please share it with us by commenting below. We’ll always value and respect your great ideas.