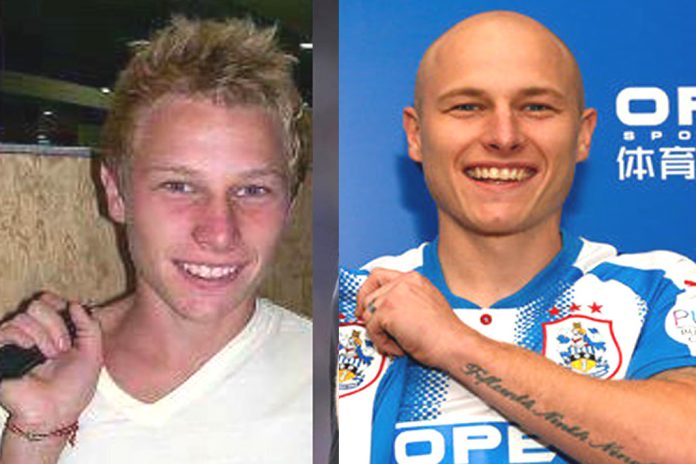 LB presents the Full Story of a Midfield Genius who is best known by the Nickname; “Smooth Head”. Our Aaron Mooy Childhood Story plus Untold Biography Facts brings to you a full account of notable events from his childhood time till date.

Yes, everyone knows about his on-pitch leadership abilities but few consider our Aaron Mooy’s Bio which is quite interesting. Now without further adieu, let’s Begin.

Aaron Frank Mooy was born on the 15th day of September in Sydney, Australia. Upon birth, he was named Aaron Kuhlman and not Aaron Mooy. His Dutch mother changed his surname when she separated from his father when little Mooy was a toddler. In fact, Mooy only saw his father just once — and then only briefly when he was a toddler.

The shy, blond-haired toddler fell in love with football and his parents nurtured that passion. Back then, he was addicted to watching Australian night football (Premier League) on TV and getting mad about it.

Mooy would even go to the markets and get Manchester United Premier League jerseys. David Beckham was his favourite, whenever he was on TV Aaron will have to watch. After watching Beckham, he’ll practice his free-kicks and pretend he was him.

As Football became a big part of his childhood life, Aaron couldn’t stop thinking of becoming a footballer. He joined The New South Wales Institute of Sport (NSWIS), located at Sydney Olympic Park to begin his youth career.

Mooy followed the well-trodden path for many footballers and packed up his life at a young age to pursue his dreams. He left Australia at the age of 15 with sun-bleached locks and a burning desire as pictured below. 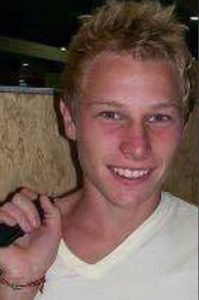 He started his career in Europe as a youth scholar at Bolton Wanderers after being spotted by Chris Sulley. Aaron Mooy rejected a contract extension from Bolton in July 2010 in search of more first-team football.

In 2016, he was routed back to England to play for Manchester City. There, he went on from a loan to a permanent move in Huddersfield Town. The rest, as they say, is now history.

Aaron Mooy met the love of his life, in 2011 during his time with the Scottish team St Mirren F.C. Aaron and Nicola grew together in love and harmony. They consider their relationship as an everlasting adventure. 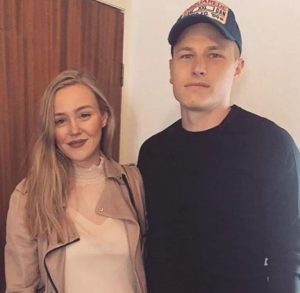 Like any new parent, Aaron Mooy’s life turned when his first child was born. The Australian star had more reasons than most for moments of deep reflection. We tell you why… 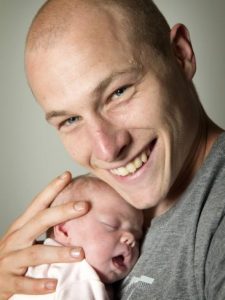 In his words…“Now that I’ve had a kid (Skylar) I understand how much I love my baby. It’s ridiculous already. For him to not want to see me, just like my dad.

In fact, I don’t understand. I’m happy now. It’s in the past, I don’t want to think about it anymore. I used to constantly think about football and if I had a bad game I’d think about it for days. Now I have my baby and it takes my mind off it,’’ Aaron Mooy said. 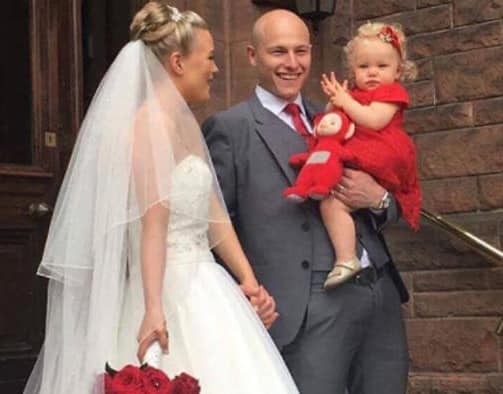 The former Western Sydney Wanderers and Melbourne City star first met Nicola in 2011 and was thrilled to have tied the knot. “She’s finally my wife! What an amazing day,” he wrote on Instagram.

Despite his family upheaval, Mooy grew up in a loving household, with his courageous mum providing the backbone alongside a caring stepdad, Alan Todd whom Aaron loves very much. Aaron’s paternal dad was born in Germany.

Once upon a time, Aaron decided to meet his real father when he wanted him to sign on a column of his yet to be gotten Dutch passport.

As Aaron puts it; “I met him once to get him to sign forms for my Dutch passport, that was the only time,” Mooy said….“It was just before I went to England, so I was maybe 14. It was very brief.“

When he met his Brother: Once he was in a shopping centre with some Western Sydney Wanderers boys and this kid came up to him and said, ‘Hi I’m a Kuhlman, we have the same dad and my mum’s got photos of you as a baby’.

Aaron Mooy said…“I was shocked, lost for words, really uncomfortable. I knew he’d had kids but I had no idea how many or age. I don’t think I’ll ever talk to him. Even as a kid I didn’t want to know him, I was always a bit disappointed, it was so long without him having any contact. In fact, my first memories are playing soccer for Carlingford Redbacks with my stepdad as the coach.’’

Aaron Mooy has the following attribute to his personality. 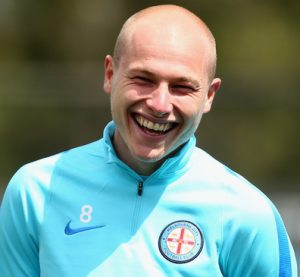 Aaron Mooy’s Weaknesses: He worries very much and can work all day without play.

In summary, Aaron is someone who would always pay attention to the smallest details and his deep sense of humanity makes him very careful in life’s dealings. 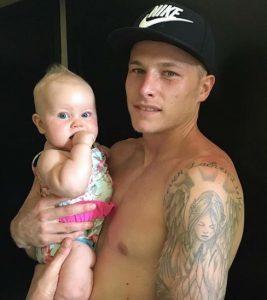 Mooy is of Dutch heritage, and on his left shoulder, he has the words “Leven, Lachen, Liefde” tattooed, which translate to “Live, Love, Laugh”. His mother, Sam, has the same words on her wrist. 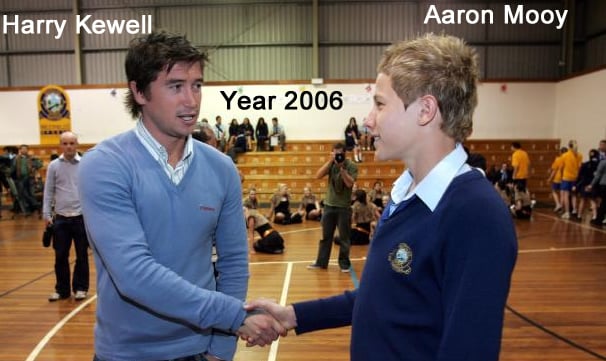 Westfield Sports High, also known as the Fairfield Football Factory, has a reputation for producing the most talented sports stars in Australia. Kewell was a graduate of the high school and so was Mooy.

Aaron Mooy Untold Biography Facts – A Song to his Honour: 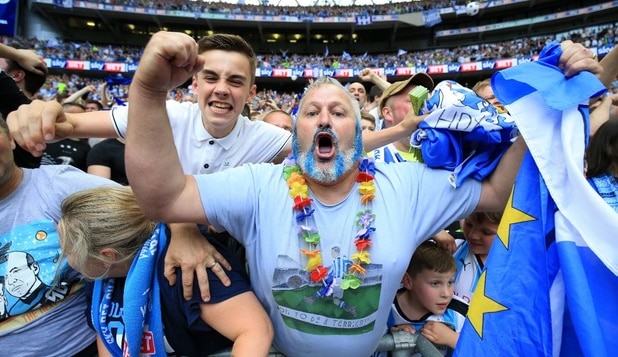 Mooy’s smooth head is a topic of Huddersfield Town chants. Sung to the tune of Boney M’s 1978 hit It goes like this...

Aaron Mooy Bio – Helped Huddersfield Town into the EPL for the first time since 1972: 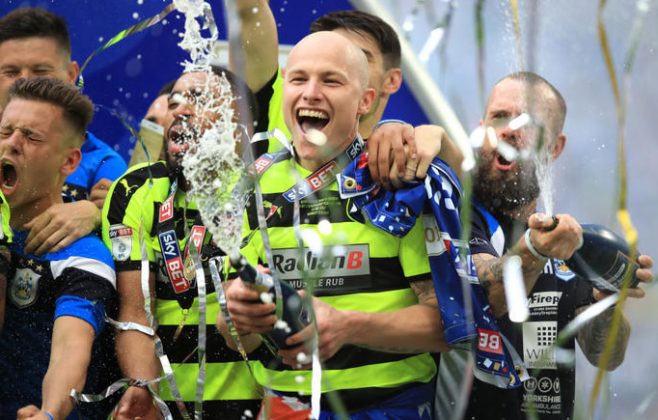 Huddersfield Town wasn’t expected to earn promotion to the Premier League this season, but with Mooy weaving his magic in the midfield, the club returned to the top flight for the first time in 45 years.

Along the way, Mooy scored four goals, including a crucial penalty against Reading in the last game of the 2016-17 season.

FACT CHECK: Thanks for reading our Aaron Mooy Childhood Story plus untold biography facts. At LifeBogger, we strive for accuracy and fairness. If you see something that doesn’t look right in this article, please place your comment or contact us!.